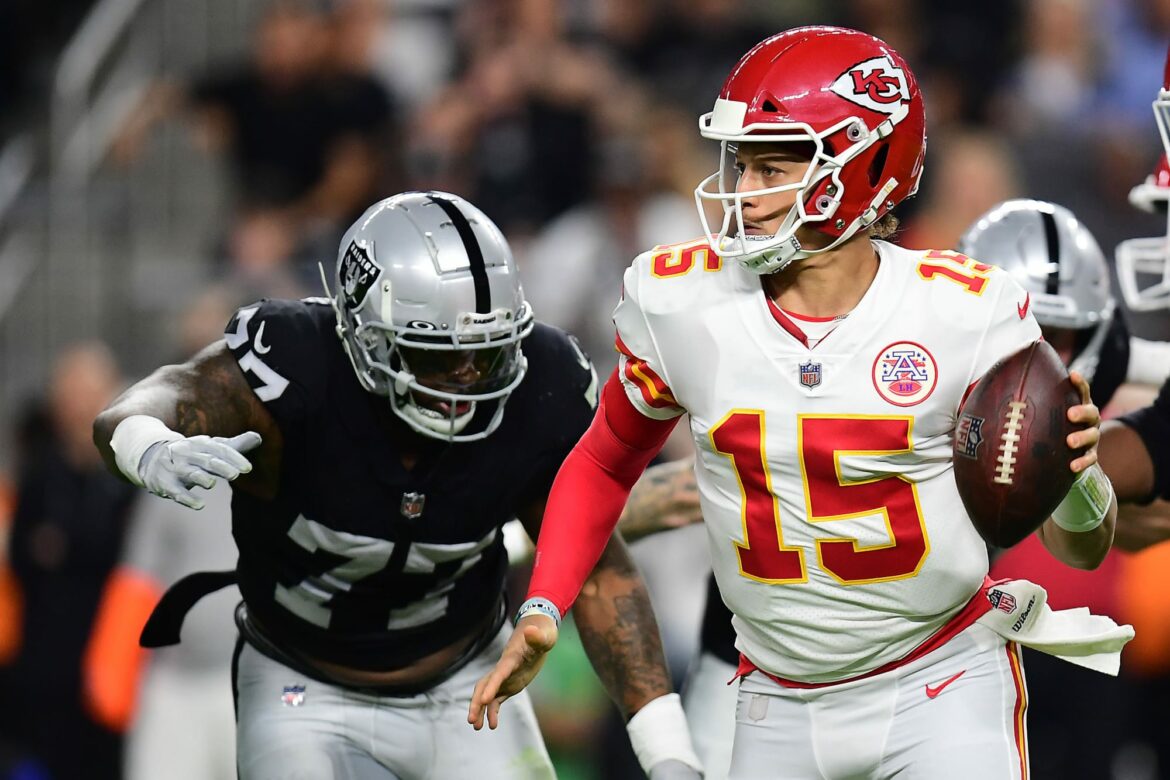 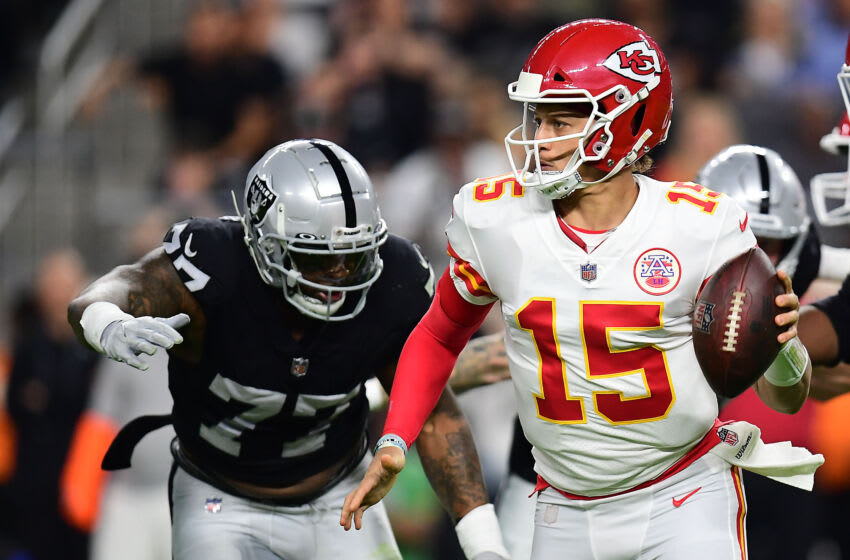 Alec Ingold injury: Raiders FB in tears after being carted off field by Mark Powell

What did the Raiders player throw off the field on SNF? by Cody Williams

Patrick Mahomes is one of the NFL’s most talented quarterbacks for a reason. It’s not just the conventional passing that makes him special. It’s the way he does the unusual.

On Sunday Night Football against the Raiders, the Chiefs quarterback let his unpredictability do the talking early.

At one point, he even completed a pass left-handed.

As impressive as the throw was, it didn’t net much for the Chiefs. They still had to punt the ball away after failing to get the first down.

Even when something doesn’t work, it’s still worth admiring what Mahomes can do in a pinch. You never know, the next time his ability to swap hands could be the difference between winning and losing.

Kansas City needs Mahomes to get into a groove however he can. He hasn’t been for most of the season. In fact, he seems to be in the midst of the worst campaign of his career. He’s already thrown 10 interceptions, just two away from his career-high from 2018. That would be less of an issue if the Chiefs were winning games more regularly.

It’s been a struggle for KC on both sides of the ball at times. On the plus side, they’ve gone 3-1 since starting the season 2-3 and have the chance to get back in the mix for the AFC West against Las Vegas.