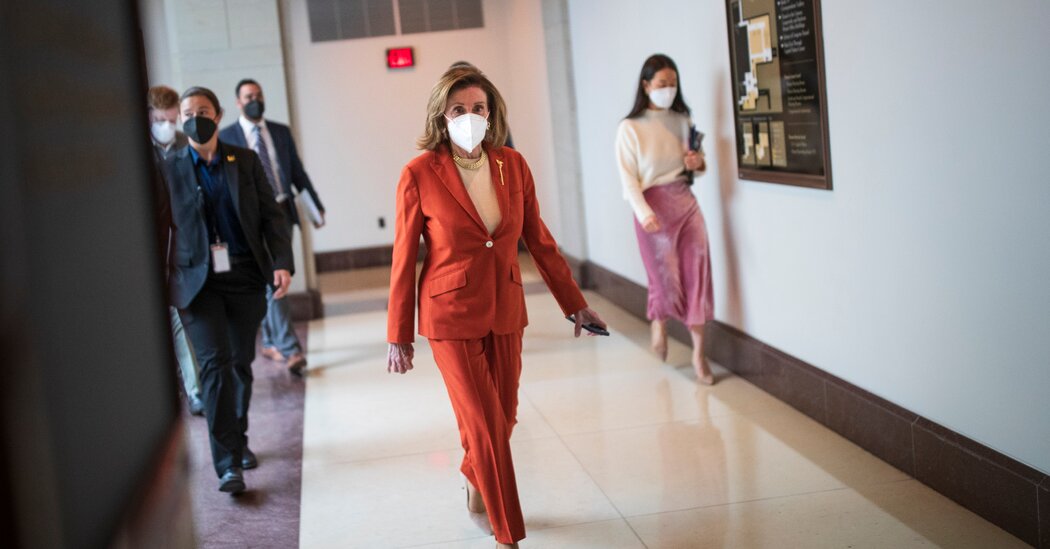 She also called for stricter penalties on lawmakers who flout existing rules on reporting stock ownership and trading under a 2012 law called the Stop Trading on Congressional Knowledge (STOCK) Act.

“What we’re trying to build is consensus,” she said.

Striking such an agreement could prove tricky. Existing bills differ on whether spouses and family members should also be prohibited from owning and trading individual stocks, whether capital gains taxes on forced stock sales should be deferred, and whether the prohibition should apply to other assets like businesses.

And some Democratic leaders have raised questions about a slippery slope. Insider trading is already illegal, and the STOCK Act bars members of Congress from trading on any “nonpublic information derived from” their position. That law also mandates disclosure of most stock trades, although Ms. Pelosi noted that it had not been an effective deterrent.

If Congress is going to go further and bar individual stock ownership outright, critics argue, then what about real estate holdings? Should a lawmaker with student loans be allowed to weigh in on legislation on loan forgiveness?

But for proponents of a stock ownership ban in both parties, the imperative is “pretty simple,” as Representative Chip Roy, Republican of Texas, put it.

“The idea that we’re coming in and buying, selling, buying, calling in puts, it’s a bipartisan problem,” said Mr. Roy, who co-wrote legislation in 2020 with Representative Abigail Spanberger, Democrat of Virginia, that went nowhere.