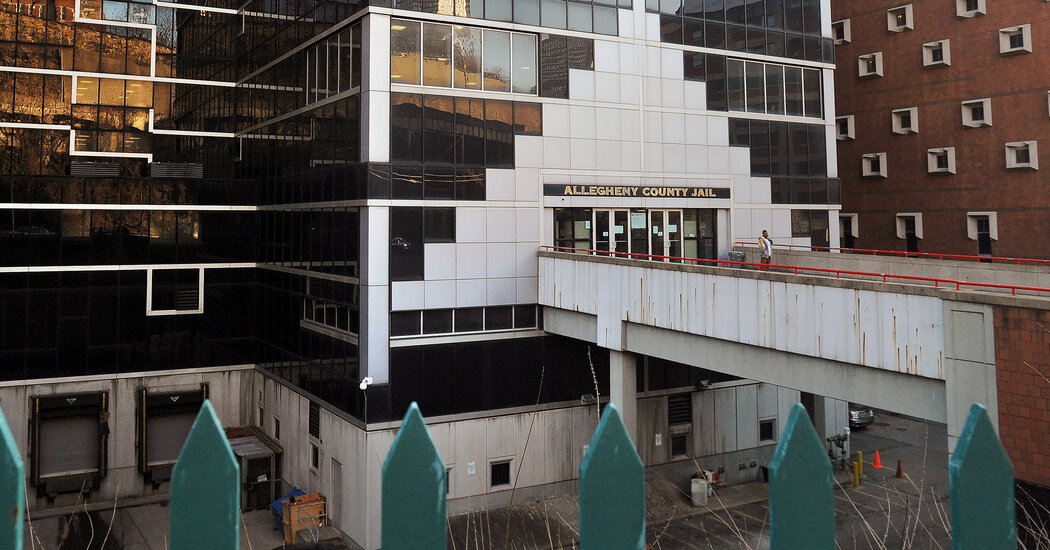 One night, at a barbecue in Wilkinsburg, Pa., near Pittsburgh in 2016, a gunman fired at the partygoers, driving them to a house’s back porch, where a second gunman picked off victims with an assault-style rifle. They killed five people, including a woman eight months pregnant, in what the police called a methodically planned massacre.

Investigators quickly arrested two men, Robert Thomas and Cheron Selton, charged them with six counts of criminal homicide and kept them in detention for four years while awaiting trial.

But on Feb. 3, 2020, on the first day of trial, prosecutors dismissed the charges against Mr. Thomas, citing a lack of evidence against him. Mr. Shelton was acquitted less than two weeks later at trial.

Now, both men are accusing the police in Allegheny County of misconduct, saying they relied on three confidential informants even though their statements contradicted the evidence.

Mr. Thomas, 33, has filed a federal lawsuit accusing county police and a detective with the Pittsburgh Police Department of unlawful, reckless behavior that led him to be falsely arrested and imprisoned.

Mr. Shelton, 35, will be filing a similar lawsuit, said Paul Jubas, a lawyer in Pittsburgh who is representing both men. The lawsuits are seeking unspecified monetary damages.

The Allegheny County police, the county district attorney’s office and the Pittsburgh Police Department declined to comment on the lawsuit.

“That shooting remains under review by our office,” said Mike Manko, a spokesman for Allegheny County’s district attorney, Stephen A. Zappala Jr.

The prosecutors were not named in the lawsuit because they were protected from civil liability, the result of a 1976 Supreme Court case. Mr. Jubas said he would be filing a complaint against prosecutors with the state’s disciplinary board.

“They definitely ruined his life,” said Brittany Shelton, 30, Mr. Shelton’s sister. “It was just such a sad situation. They accused two innocent people instead of putting in work to find the right people.”

The shooting occurred around 11 p.m. on March 9, 2016, as guests at the backyard barbecue were taking selfies. A man wielding a pistol began firing at them from an alley behind the yard, according to the lawsuit.

The guests tried to run up the back porch stairs to the house, but a second gunman, with an assault rifle, was waiting for them behind a fence.

A sixth person, John Ellis, was paralyzed because of his injuries and died in September 2020. He was 51, according to the lawsuit.

The case stunned the county and Wilkinsburg, a suburb just east of Pittsburgh with a population of about 16,000 that has struggled with drug trafficking and gun violence.

“Until the Tree of Life murders, this was the worst crime in Allegheny County history,” Mr. Jubas said, referring to the shootings at a Pittsburgh synagogue in 2018 that killed 11 people.

Investigators in the Wilkinsburg case, Mr. Jubas said, based charges against Mr. Thomas and Mr. Shelton on a “very poorly cobbled together investigation.”

After their arrest, the men were sent to Allegheny County Jail. If convicted, they could have faced the death penalty under state law.

The police never recovered physical evidence that connected the men to the shootings and there was no eyewitness testimony of the men at the scene, according to the lawsuit.

Instead, the police relied on two jailhouse informants, who were in the same cell block with the defendants and agreed to testify against the men, according to the lawsuit.

Mr. Jubas called both informants unreliable: One had threatened a judge in a separate case and the other had been identified by judges as an “agent of the state,” whose testimony was being suppressed in other criminal cases. By 2018, prosecutors had dropped both informants as witnesses.

Instead of dismissing the charges, prosecutors presented a new witness: another jailhouse informant who had been placed in the same cell block as Mr. Thomas, according to the lawsuit.

In exchange for his testimony, the informant was given immunity in another case, the 2013 death of Marcus White Jr., a 15-month-old boy killed during a shooting in the East Hills neighborhood of Pittsburgh. But prosecutors did not tell the defense lawyers for Mr. Shelton or Mr. Thomas, or the family of the little boy, about the deal, according to the lawsuit.

Law enforcement officials “engaged in a conspiracy to prevent the information related to exculpatory evidence of the informant’s immunity for the Marcus White Jr. murder from being discovered,” the lawsuit said.

When defense lawyers for Mr. Thomas eventually learned of the deal, the informant was dropped as a witness and a judge dismissed the case against him.

Mr. Shelton was acquitted of charges of homicide but eventually pleaded guilty to a federal gun charge after a firearm was found at his mother’s house. The gun was not connected to the Wilkinsburg killings, Mr. Jubas said.

Mr. Shelton was sentenced to eight years for the gun charge, his lawyer said.

Mr. Shelton’s two sons, who are 12 and 8, moved to Georgia because the family was worried about their safety, said his sister, a nurse who also moved out of Allegheny County to start a new life.

Mr. Thomas, who was released from jail in February 2020, was arrested last month, when he was accused of assaulting a woman he knew at a gas station. The police said the two began arguing, he refused to let her get out of the car and at one point put his hands around her neck.

He remains in custody at Allegheny County Jail. He has pleaded not guilty.

The police in Pittsburgh and Allegheny County declined to say whether an investigation into the barbecue shooting had been reopened.