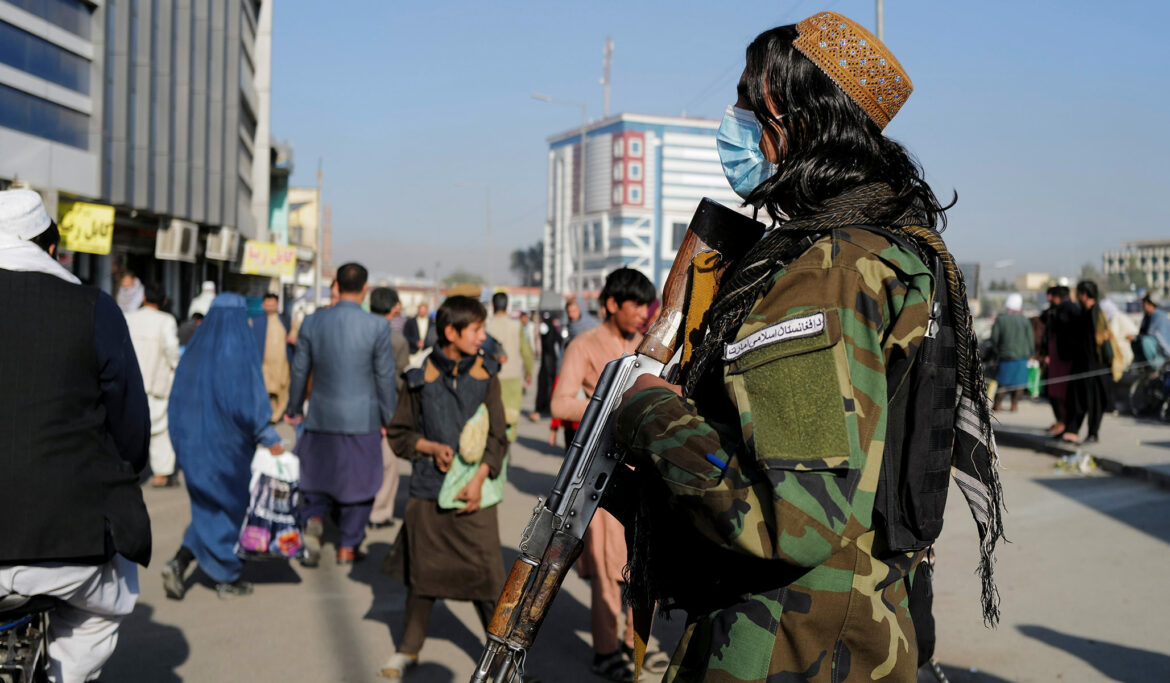 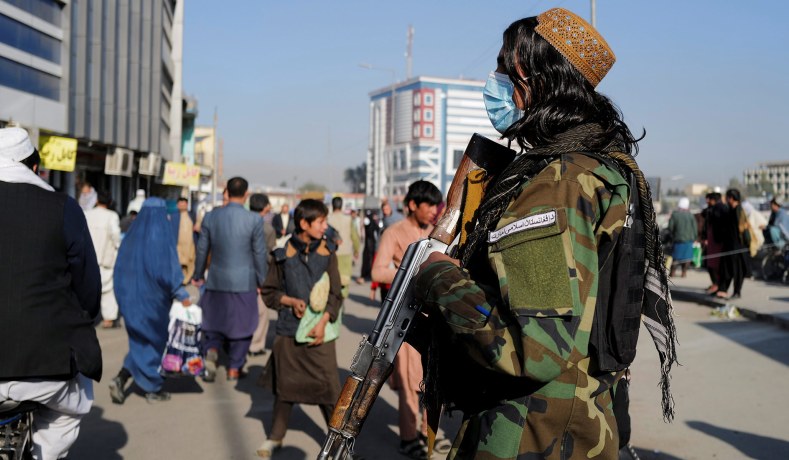 People walk past a Taliban fighter at a market in Kabul, Afghanistan, October 24, 2021. (Zohra Bensemra/Reuters)

A Pentagon official confirmed during a Senate hearing on Tuesday that at least 439 Americans remain in Afghanistan, in what Senator Ben Sasse (R., Neb.) labeled a “slow-motion hostage crisis.”

U.S. undersecretary of defense Colin Kahl gave the number in response to questions by Senator Jim Inhofe (R., Okla.), the ranking member of the Senate Armed Services Committee. The State Department told congressional staffers on Thursday that it was in contact with 363 Americans, 176 of whom wanted to leave the country.

Inhofe added, “Now if we can figure this out, you’re doing a lot better than I have done.”

Kahl proceeded to testify that the State Department is currently in contact with 196 Americans who wish to leave Afghanistan and another 243 that the agency claims are “not ready” to leave, for a total of 439.

Biden-administration officials have repeatedly claimed that it is difficult to estimate the exact number of Americans in Afghanistan. Additionally, Secretary of State Antony Blinken told Congress in September that “several thousand” U.S. green-card holders remained in Afghanistan.

“President Biden is responsible for this slow-motion hostage crisis, and his indifference to the life-or-death situation these Americans face is morally indefensible,” Senator Sasse said in a statement after the Tuesday hearing. “Americans have been trapped behind Taliban lines for nearly two months, but nobody in the Biden Administration is owning the problem.”

The Biden administration faced criticism for completing its withdrawal of U.S. troops from Afghanistan on August 31, despite acknowledging that American citizens remained in the country.

During the chaotic withdrawal, an ISIS suicide bomber killed 13 U.S. service members and close to 200 Afghans in a terror attack at the Kabul airport. The Pentagon admitted in September that a subsequent U.S. drone strike in Kabul killed an innocent aid worker and nine members of his extended family.