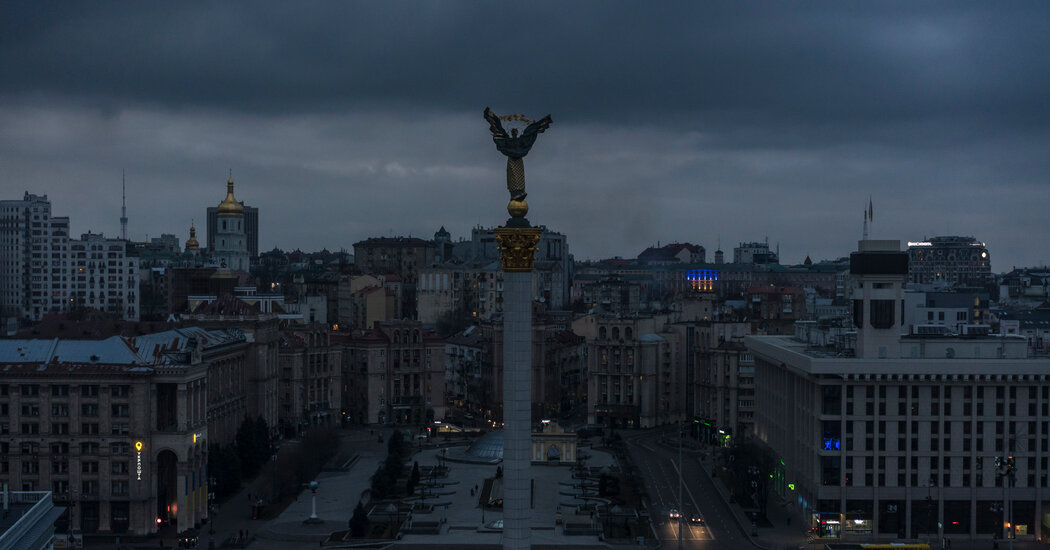 Russian military forces are moving to decapitate the Ukrainian government in Kyiv, the Pentagon said on Thursday, in a grim assessment of the first stages of President Vladimir Putin’s invasion of Ukraine.

A senior Defense Department official said that three lines of Russian troops and military forces were moving swiftly toward Ukrainian cities, with two of them headed toward Kyiv, the capital, and the government of President Volodymyr Zelensky. The forces are making their way toward Kyiv from Belarus in the north and Crimea in the south, using missiles and long range artillery, the official said.

“Our assessment is they have every intention of decapitating the government and installing their own method of governance,” the official told reporters in a briefing at the Pentagon. He said the Pentagon does not have “perfect knowledge” of the Russian troop movements but described what he characterized as the “initial phase of a large-scale invasion,” coming from Belarus and Crimea.

Russian forces so far have been striking Ukrainian military installations and air-defense targets, using more than 100 medium- and short-range ballistic missiles. Russia has also used sea-launched missiles from warships in the Black Sea, the official said. So far, Russia has not attacked western Ukraine.

Defense officials said that Ukrainian forces have been fighting back, with the heaviest fighting in Kharkiv in the country’s east.

“We haven’t seen a conventional move like this, nation-state to nation-state, since World War II, and if it unfolds the way that hereto we believe it will come to, it has every potential to be very bloody, very costly, and very impactful on European security writ large,” the official said. He spoke on the condition of anonymity because he was not authorized to make those comments publicly.