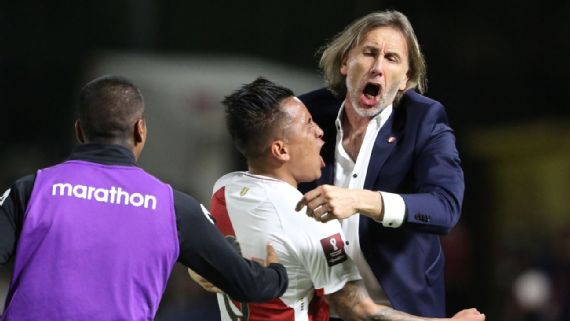 When Peru meet Australia in Doha on Monday for a place at the 2022 World Cup finals, the South Americans will probably be the favourites — which, from the perspective of just a few years ago, barely seems credible.

Let’s roll back to 2006. Australia qualified for the World Cup for the first time in 32 years and there was euphoria for the present and the future. The team did well in Germany, making it out of Group F over Japan and Croatia, and only falling to eventual champions Italy after a soft stoppage-time penalty in the round of 16.

But 2006 was a high point. Australia have made it to every subsequent World Cup, but results have got worse. Their last victory came in 2010. The last game, four years ago, was a 2-0 defeat — to Peru. And the evidence would seem to suggest that Australia have gone backwards since then.

Back in 2006, Peru came nowhere near making it to the World Cup. They finished ninth out of 10 teams in South America’s World Cup qualifiers. In 2010 they did worse: 10th out of 10. And in 2014 only slightly better: seventh out of nine.

But here they are, 90 minutes away from a second consecutive World Cup appearance. Has there been an emphatic resurgence in the quality of Peruvian football? Emphatically not.

In 2002, for the ninth consecutive campaign, no team from Peru have made it through to the knockout stages of the Copa Libertadores. In fact, this year was especially dire. Including the qualifying rounds, the country’s four representatives played 16 games.

There was not a single victory; all but three matches ended in defeat. Peru may now have the weakest domestic league in the continent and there is not a single genuinely high-profile Peruvian player in top-class European football. Yet Peru finished ahead of Colombia (a side that have Luis Diaz, Rafael Santos Borre, Radamel Falcao and many others.)

There is an obvious conclusion: coaches make a difference. For the last few years, Peru have been coached by Ricardo Gareca, a lanky Argentine who, as a centre-forward in his playing days, did his bit to stop Peru going to the 1986 World Cup. He inherited a side which, in the previous two qualifying campaigns had lost 16 of its 17 away games, and drawn the other.

The players he has at his disposal are not significantly better, but as a team, as a collective unit, the improvement is off the scale. After winning the World Cup four years ago, some of the France’s players commented that their 1-0 win over Peru was one of the toughest games of the campaign. Now France and Denmark, Peru’s other 2018 opponent in Group C, await the winner of Monday’s clash to complete Group D alongside Tunisia.

Gareca will place his faith in the organisation of his team; an organisation which has brought belief, which leads to confidence. They trust each other in possession; they can hold the ball and change rhythm with diagonal switches; moves which start on the right finish on the left, and vice versa.

The role of the coach in this is easy to demonstrate. Peru made a bad start on the road to Russia, but regrouped in the month they spent together for the 2016 Copa Centenario. They made a disastrous start on the road to Qatar — they were bottom of the table a year ago — but then came the Copa America in Brazil and another chance to reboot. With just a single point to show from the first five rounds, they won seven of their last 13. 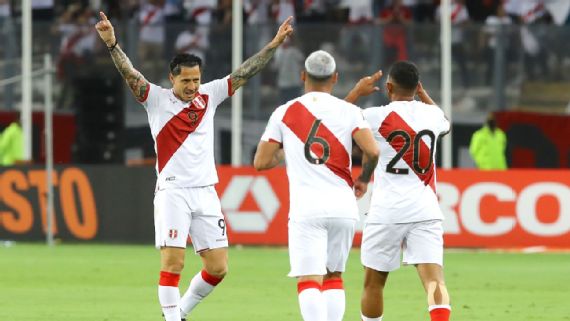 Peru, then, are the in-form side. They are not great goal scorers — managing just 19 in their 18 qualifying games — but they can come up with flashes which will worry Australia. The chief threat is 32-year-old centre-forward Gianluca Lapadula.

Lapadula had never been to Peru before his first call up, but he was quickly accepted because he brings so much to the attack: more cunning and competitive spirit than pure talent, while he works away dangerously on the shoulder of the last defender.

Former Premier League winger Andre Carrillo, now apparently recovered from injury, will run powerfully at the defence down the right; on the other flank Christian Cueva could be the key man. Sometimes frustrating but eternally interesting, Cueva will seek to cut in from the left — the side where the Australian defence looked especially vulnerable in Tuesday’s 2-1 win over the United Arab Emirates.

Monday’s game will probably be just as tight.

Australia have had extra acclimatisation time, with Peru opting to prepare in Spain, where they beat New Zealand 1-0 in a warm-up on Sunday.

But if the Arab Emirates pushed Australia hard, Peru will expect to do it harder still and turn their favouritism into a win that will take them to a second consecutive World Cup.