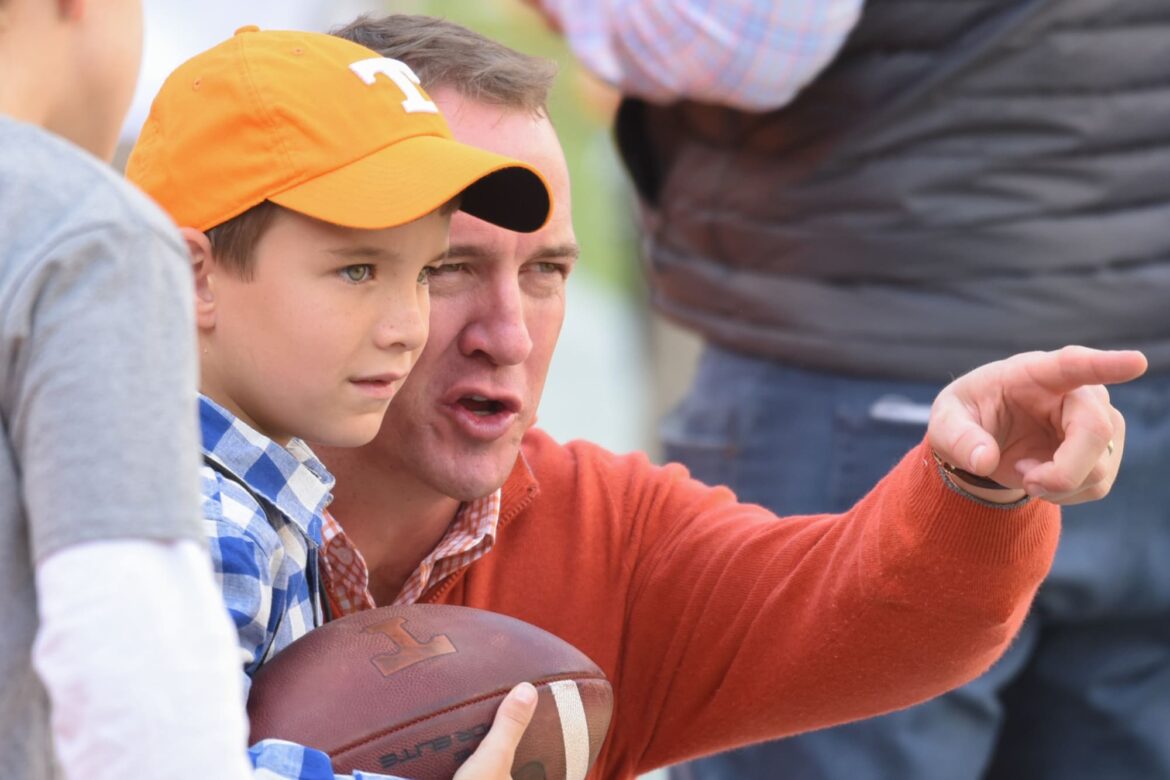 Peyton Manning revealed that his son, Marshall, puts Buffalo Bills quarterback Josh Allen’s name on the back of his flag football jersey.

It’s Monday night, which means it is not only time for some football, but also to catch the latest edition of the ManningCast. During the Kansas City Chiefs-New York Giants game, Peyton and Eli brought on comedian Jon Stewart, former New York Giants defensive lineman Michael Strahan to start off their broadcast. Their third guest was Buffalo Bills quarterback Josh Allen, and Peyton had to get something off his chest.

When bringing up that Allen gifted Manning’s son, Marshall, with a game-worn jersey for his 10th birthday, he also brought up the fact that he wears “J. Allen” on the back of his flag football team jersey. That is when Peyton asked the Bills quarterback to tell Marshall that that is not a nice way to treat his father.

You can catch the full interaction in the tweet below.

Peyton is the coach of the flag football team, which is called the Buffalo Bills. While Marshall wears Allen on the back of his jersey, Manning reveals that all of his teammates don their normal names.

Allen is currently one of the more popular players in the league, thanks in part to his tremendous play throughout his young career. He helped lead the Bills to playoff berths and actually fell one game short of making Super Bowl 55 last year. Now, Buffalo could potentially win the AFC Championship by year’s end.

Through seven games this season, Allen has completed 65.3-percent of his passes for 1,972 yards, 17 touchdowns and three interceptions, while also rushing for 269 yards and three touchdown on 52 carries.

Manning may have taken exception to Marshall wearing Allen’s name, but it is pretty awesome that the Bills quarterback gave him a game-worn jersey for his birthday.