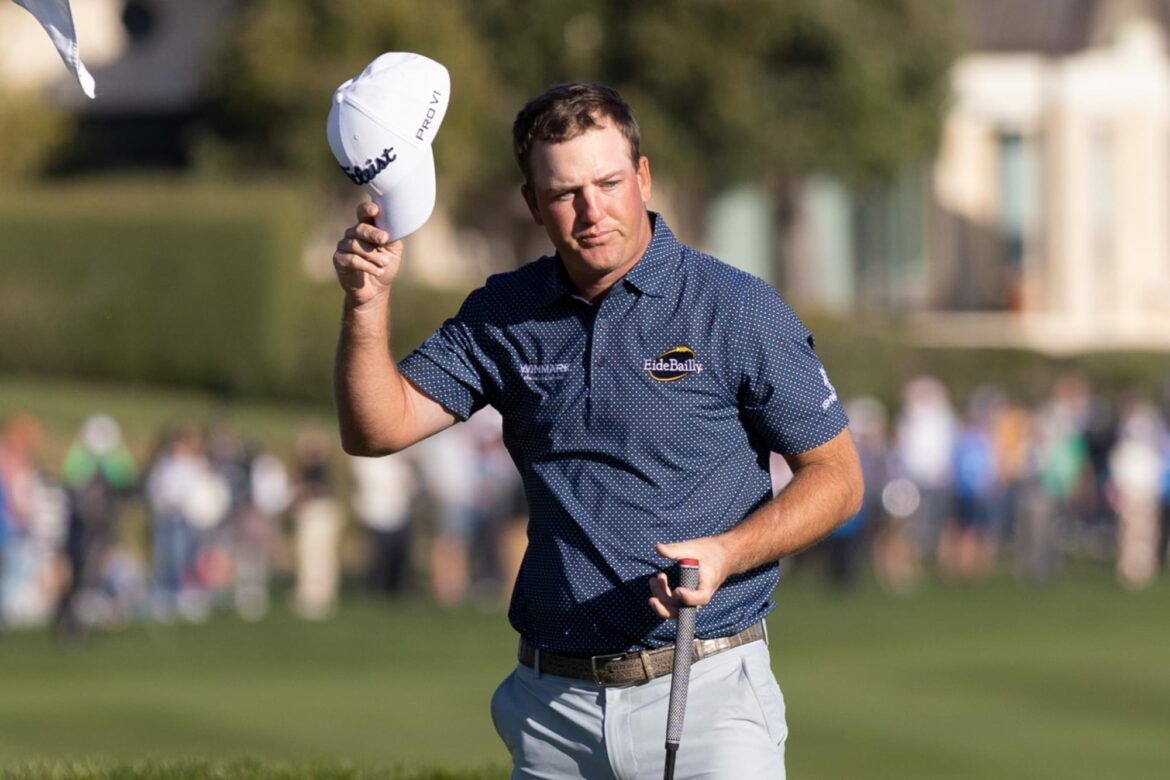 Tom Hoge staved off several challengers and pulled ahead for his first PGA Tour win at the AT&T Pebble Beach Pro-Am. Now, we check in on the power rankings.

There probably aren’t many golf fans who weren’t aware of the name Tom Hoge. He’s improved drastically over the past two years and has been routinely popping up on leaderboards. The two things missing were consistently doing that week after week and, more importantly, finding his way to the top of the leaderboard after 72 holes. He changed the latter on Sunday at the AT&T Pebble Beach Pro-Am.

Outlasting Sunday challengers like Jordan Spieth and Patrick Cantlay, Hoge fired off a final round 68 to finish 19-under and with his first career victory on the PGA Tour. That now makes him the fourth first-time winner for the 2021-22 season already, including back-to-back champions after Luke List broke through at Torrey Pines.

With the season really heating up now and The Masters just about two months away, we look at the power rankings and the PGA Tour players trending up and trending down after this week’s AT&T Pebble Beach Pro-Am (and a slight glance at the Saudi International as well).

Tom Hoge – You’ll often hear people, particularly in the DFS community, talk about poppers and golfers who can show up and contend on a given week but also might miss the cut. That’s been Hoge this season. However, this win highlights how fantastic his popping weeks have been.

With the win at Pebble Beach, that’s three top-five finishes for Hoge in his last five starts. The other two, naturally, were missed cuts. He’s never going to be the Jon Rahm type who finishes top-10 in his sleep but his best form is more than enough to compete with the best, which he’s showing now.

Jordan Spieth – Spieth gave golf fans heart palpitations in more than one way this week, first with his cliffside shot into No. 8 and then his Sunday rollercoaster with a chance to win. After struggling mightily to shake off rust in the first couple of starts in 2022, though, we saw shades of the Spieth of old. His iron and wedge play was truly immaculate on the weekend and, with a trip to Augusta just around the corner, he’s someone to undeniably be circling to see if this form maintains.

Seamus Power – Because of how poorly he performed with a five-shot lead on Saturday at Monterey Peninsula (traditionally the easiest of the three-course rotary at this tournament), some might be surprised that Power is considered to be trending up. But he undoubtedly shouldn’t be judged by one round.

Power has been trending up, frankly, for quite a while. It’s unfortunate that one bad round sunk his chances this week, but we should believe wholly that the Irishman isn’t going to fade into the background after this and will be heard from at the top of the leaderboard again soon.

Harold Varner III – Throughout his career, the talent has never been in question for HV3. However, when he’s gotten to Sundays in contention, the wheels have fallen off for him. At the Saudi International, that almost happened again. But with a perfect 80+-foot eagle putt on the 72nd hole that clinched him the win over Bubba Watson, Varner III got over that hump and captured a massive win.

Seriously, how can you not love the emotion of HV3 after getting that victory in such dramatic fashion?

Justin Rose – I was high on Rose coming into this week but he’s not trending down because he burned me a bit. Instead, it’s how he burned me. One promising thing from the veteran going to Pebble was that he’d seemingly found his approach play that makes him so dangerous. This week, however, Rose lost more than 5.0 strokes on approach in the two measured rounds at Pebble. That’s concerning and could make what he did at Torrey Pines seem like an outlier more than something to be optimistic about.

Mito Pereira – Another guy I liked this week, but it’s frustrating to know what Pereira is capable of and then watch performances such as this. After three straight top-30 finishes, he shot just one round under par before missing the cut at 1-under over 54 holes and was never really a threat. This is a guy with the game to compete at almost any course on the PGA Tour and it’s slightly disheartening to see him not live up to that in a field that was, for all intents and purposes, getable this week.

Bryson DeChambeau – Back to the Saudi International, it’s hard not be worried about Bryson DeChambeau. Overseas this week, he withdrew due to injury one week after looking visibly in pain at Torrey Pines. He can tell us to “chill” all he wants and claim that his chase for distance and hard-swinging aren’t the culprits for his injuries, but what we’re seeing with the eye test tells a different story. His health is now one of the top storylines to watch early in 2022.