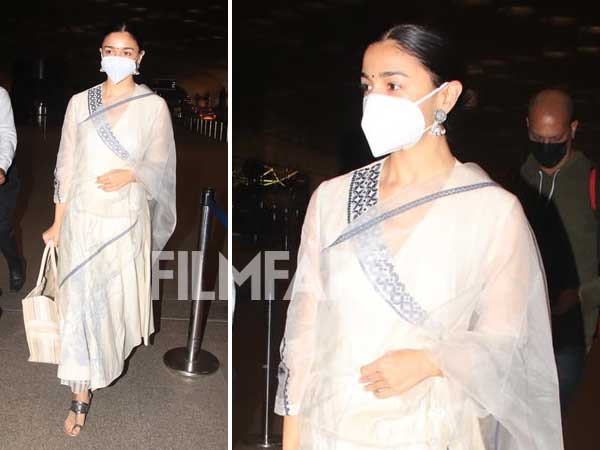 Alia Bhatt has been going for back-to-back white looks for the promotions of her film, Gangubai Kathiawadi. For her appearance at the Berlin Film Festival, she had donned a white Dolce & Gabbana gown and a silvery saree. These outfits are clearly inspired from the film itself which has a blue and white palette. Gangubai Kathiawadi tells the story of Gangubai who was one of the most feared madames of Kamathipura. The film stars actors Ajay Devgn, Vijay Raaz and Shantanu Maheshwari besides Alia Bhatt. The movie is directed by Sanjay Leela Bhansali and is set to release on February 25.