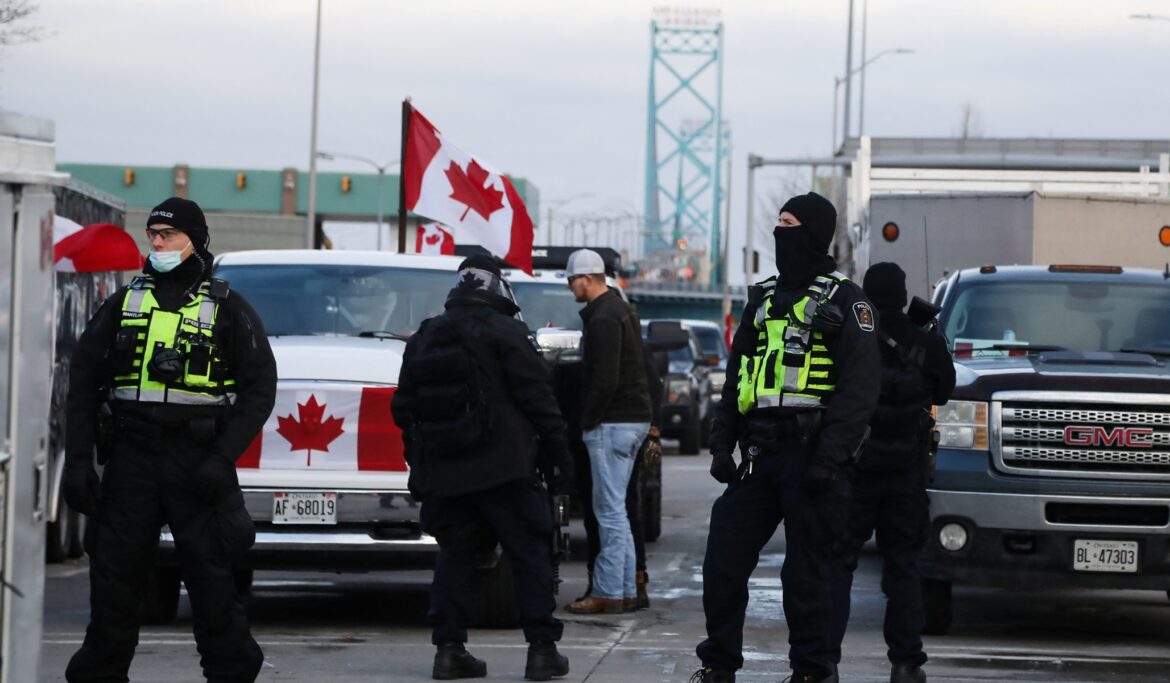 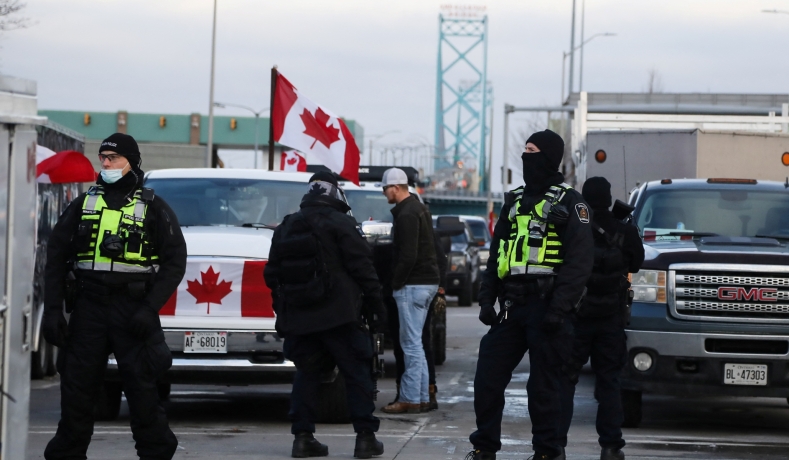 “The Windsor Police & its policing partners have commenced enforcement at and near the Ambassador Bridge. We urge all demonstrators to act lawfully & peacefully,” the Windsor Police announced on its Twitter account. “Commuters are still being asked to avoid the areas affected by the demonstrations at this time.”

Around 100 officers arrived in the area to begin clearing protesters, the Wall Street Journal reported. Three pickup trucks that were part of the demonstration left after police arrived, while about 50 protesters stood near the Canadian entrance to the bridge singing “O Canada.”

A Canadian judge granted police an injunction on Friday allowing them to forcibly remove protesters.

About 30 percent of annual U.S.-Canada trade, valued at $600 billion, is conducted via the Ambassador Bridge. The bridge is particularly crucial for the Big Three U.S. automakers, which have slowed production at factories in the U.S. and Canada because of the trucker blockade.

The border blockade began after truck drivers protested Canada’s Covid vaccine mandates, converging on several border crossings as well as in the capital city of Ottawa. Truckers and supporters have paralyzed downtown Ottawa, leading Ontario Premier Doug Ford to declare a state of emergency on Friday.

“We’re now two weeks into the siege of the city of Ottawa,” Ford told reporters at a press conference on Friday. “I call it a siege because that’s what it is. It’s an illegal occupation.”