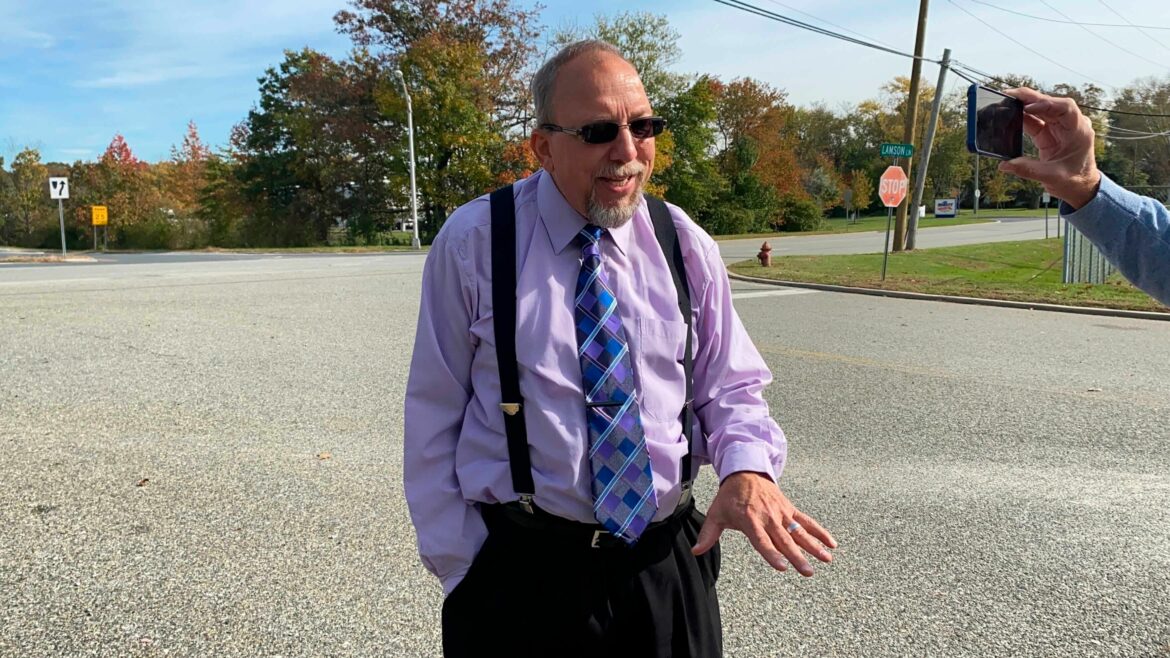 Sweeney’s defeat was unexpected, and has cast the fate of state government into uncertainty.

“It is stunning and shocking and I cannot figure it out,” said Senate Majority Leader Loretta Weinberg said in an interview.

His loss unfolded in a politically competitive suburban Philadelphia district whose counties split their votes between Democrats and Republicans in the presidential elections in 2016 and again in 2020.

It also coincided with boosted GOP turnout even in an off-year election that saw Republicans make gains across the state. Durr’s victory Thursday netted about 3% more votes than Sweeney did in 2017 in unofficial returns.

Sweeney’s attention was also focused on tight Senate races elsewhere in the state.

“I don’t really think it was Steve Sweeney,” said incoming Republican Senate Leader Steve Oroho. “I think it had to do with the message coming from people who were just annoyed at all the executive orders and all the mandates and being sick and tired of being told what they can and can’t do.”

The loss says more about the headwinds Democrats are facing after losing the governor’s race in Virginia and winning a narrow victory in New Jersey Gov. Phil Murphy’s race against Republican Jack Ciattarelli, experts said.

“This was a protest vote against the Biden administration and Murphy,” said Montclair State University political science professor Brigid Harrison. “Steve was in many ways just how people voiced their dissatisfaction and anger with the larger political structure.”

Sweeney said in a statement Thursday he was waiting for more votes to come in before acknowledging the loss.

“While I am currently trailing in the race, we want to make sure every vote is counted. Our voters deserve that, and we will wait for the final results,” he said.

Sweeney has served as Senate president since 2010 and was responsible for shepherding Democratic Gov. Phil Murphy’s progressive agenda through the Legislature, including a phased-in $15 an hour minimum wage, paid sick leave and recreational marijuana legalization.

He is also known for his high-profile reversal on opposition to gay marriage. Sweeney said in 2011 that he made the “biggest mistake of my legislative career” when he voted against marriage equality.

Though Sweeney was a fellow Democrat, he fought Murphy at the start of his administration over raising income taxes on the wealthy and worked closely with Republican Chris Christie during his eight-year term in office ending in 2018.

A deal he worked out with Christie to overhaul public worker pension put Sweeney at odds with public sector unions, who would go on to become key supporters of Murphy.

Sweeney’s loss was cheered by progressive Democrats from southern New Jersey, who saw him as a product of transactional, machine politics.

“Today is glorious,” said Sue Altman, director of New Jersey Working Families, in a tweet. Altman is a longtime critic of Sweeney’s and saw him as focused on trying to maintain control of the Democratic party, particularly in southern New Jersey.

His allies say he was open-minded and eventually delivered for the left.

“I think he was a remarkable senator and Senate president, and as I have often reminded my progressive friends that we never could have gotten all those bills on Gov. Murphy’s desk for him to sign without the cooperation of the Senate president,” Weinberg said.

Sweeney had faced electoral opposition before. In 2017, his feud with the state’s biggest teacher’s union over retirement benefits among other issues led to a battle in which the New Jersey Education Association spent millions to try to defeat Sweeney. The union’s effort failed.

But this year, Durr defeated him, spending $2,300, according to an Election Law Enforcement Commission document filed online on Thursday. Earlier reports had shown he had spent just $153.31 on his campaign.

Durr describes himself as a 2nd Amendment rights advocate and fiscally conservative, who wants to lower taxes. In an interview with NJ.com, he described how unlikely he viewed his victory to be. He has previously run unsuccessfully for state Assembly in 2017 and 2019, but this is his first elected position.

“I joked with people and I said, ‘I’m going to shock the world, I’m going to beat this man,’” Durr said Wednesday afternoon. “I was saying it, but really kind of joking. Because what chance did a person like me really stand against this man? He’s literally the second-most powerful person in the state of New Jersey.”

Sweeney is an ironworker by trade who has served as an executive with the International Association of Bridge, Structural, Ornamental and Reinforcing Iron Workers. He is also a key ally and friend of Democratic power broker, George Norcross, who’s widely considered to be one of the most powerful unelected people in the state.

It’s unclear who will become the next Senate president. If Democrats maintain control of the chamber, as incomplete results show they could do, then Democratic senators will meet to choose their next leader.

This article has been corrected to show that Durr is not a first-time candidate. He ran unsuccessfully for state Assembly in 2017 and 2019.