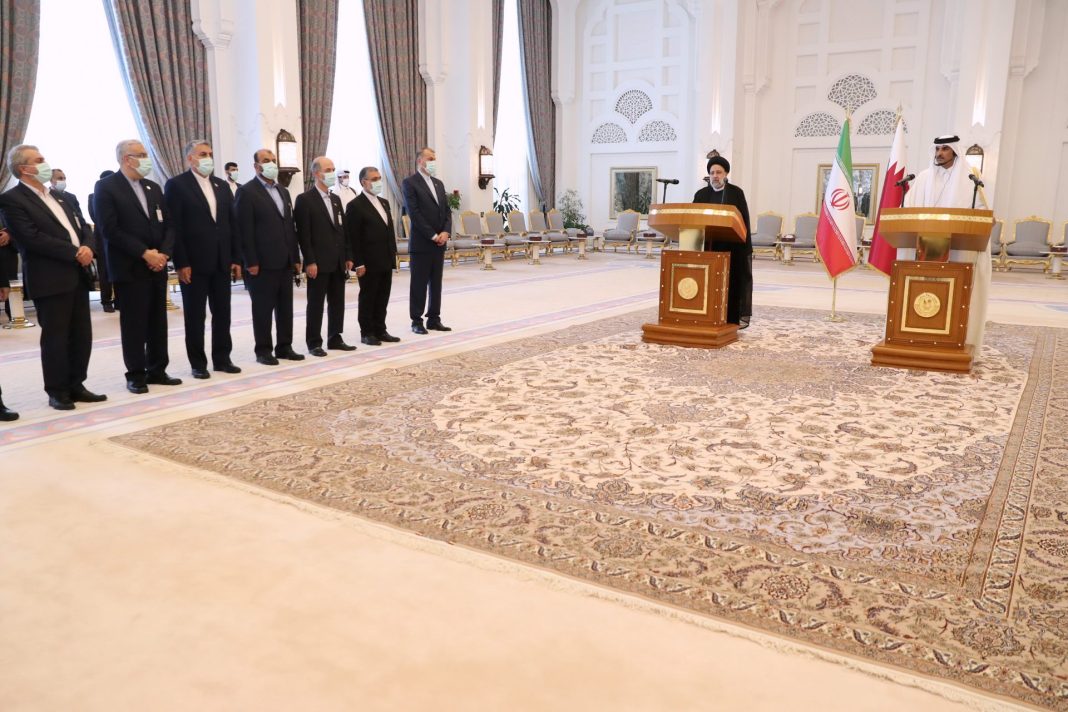 Raisi made the remarks during a joint presser with Qatari Emir, Sheikh Tamim bin Hamad al-Thani in Doha on Monday.

He also said that the Vienna talks will succeed if the U.S. shows determination and remove sanctions on the Islamic Republic.

Raisi spoke about a range of other issues including the war on Yemen, the Afghanistan situation and also ties with Qatar.

He once again called for the formation of an inclusive government in Afghanistan and urged the country’s neighbors to help this happen.

President Raisi also said the Yemen crisis has no military solution, adding the only solution to the crisis is dialog among Yemeni factions.

The Iranian president said during his meeting with the Qatari emir, the two sides decided that Tehran and Doha should tap into their possibilities to expand cooperation in all spheres.

He added that he and President Raisi talked about regional and international issues, security as well as stability in the region.

Sheikh Tamim further said another topic he and President Raisi discussed was the Vienna talks to remove sanctions on Iran and the revival of the Iran nuclear deal.

He added that the Qatari government is pursuing the talks and hopes an agreement will be reached that satisfies all parties and respects the right of countries to use nuclear energy for peaceful purposes.

“We also discussed the issue of Palestine, which is the main issue in the region, and we stressed the need to stop Israeli aggression against the Palestinian people and find a solution to the Palestinians’ right to self-determination”, Sheikh Tamim said.

The Qatari emir also invited President Raisi to attend the World Cup finals in Qatar and noted that his country welcomes Iranians who will come to the Qatar to watch their National team’s matches.