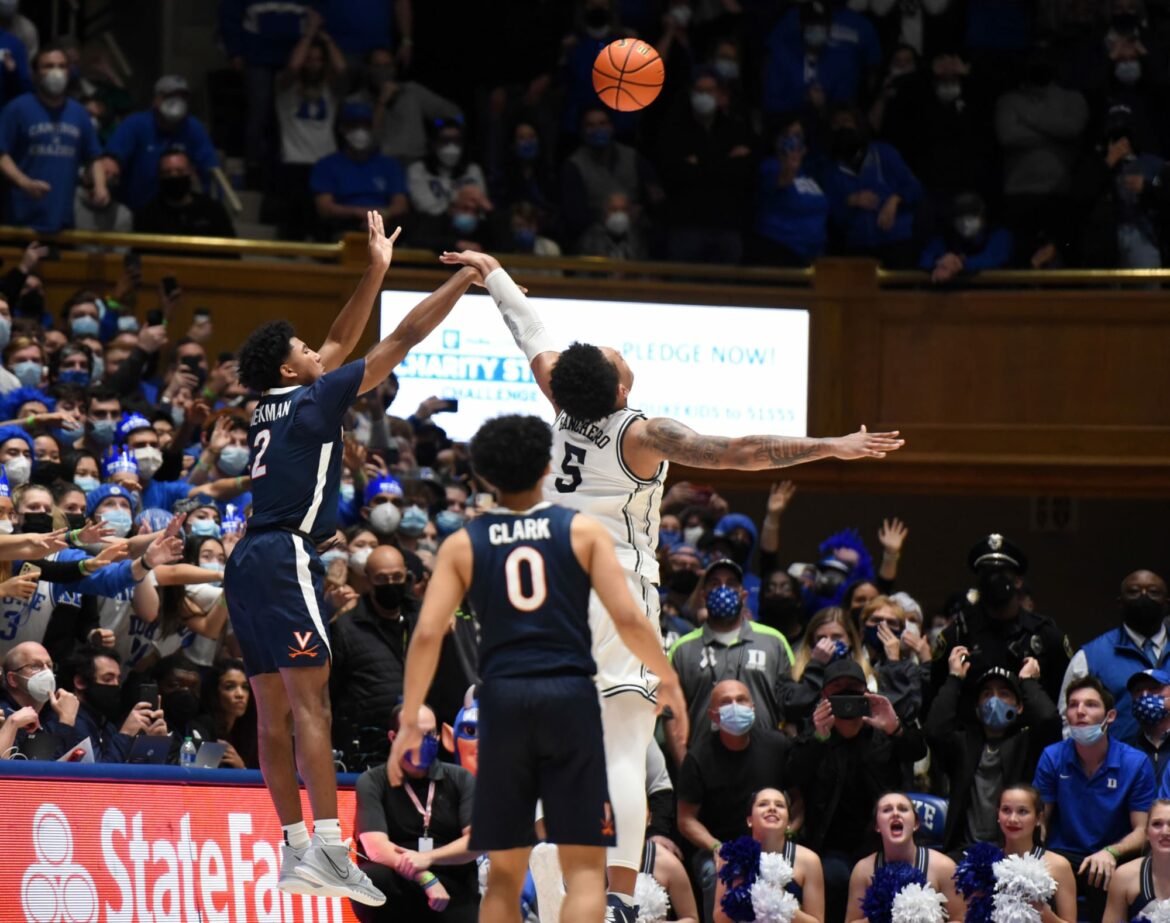 Duke came home after beating rival North Carolina and promptly got upset by Virginia to shake up the college basketball rankings moving forward.

This past weekend, the Duke Blue Devils made a tremendous statement. On the road in Chapel Hill against their biggest rivals, UNC, the Mike Krzyzewski farewell tour looked to be heading towards big things as they blew out the Tar Heels. Then it was back home on Monday for a matchup against a down Virginia Cavaliers team.

Duke, however, came out flat on Monday night and was getting pushed from the opening tip. They trailed at halftime but managed to take the lead late. They needed a stop up by two points to secure the home win, though. Instead, UVA’s Reece Beekman rose up from the left wing and drilled a go-ahead 3-pointer to put the Cavaliers up one.

Paolo Banchero gave the Blue Devils one last desperation attempt to win, but it was to no avail as Duke suffered their fourth loss of the season, this one coming at home in Cameron. Now, we have to see if they drop out of the top 10 of the college basketball rankings or not.

If this were a typical year in the ACC, then a loss to UVA in any capacity honestly wouldn’t matter all that much at all. But the Cavaliers have been substantially less impressive this year, which makes Duke losing at home in this manner a bit more impactful on the rankings.

I have the Blue Devils dropping out of the top 10, though that’s not a guarantee. Admittedly, that has something to do with the fact that I believe Providence should be ranked higher than they currently are, so giving them the bump into the top 10 fits what I believe should happen.

Regardless, these types of losses happen to the best of teams in power conference play. As such, this isn’t something Coach K’s team should sweat all too much. They’ll be just fine.