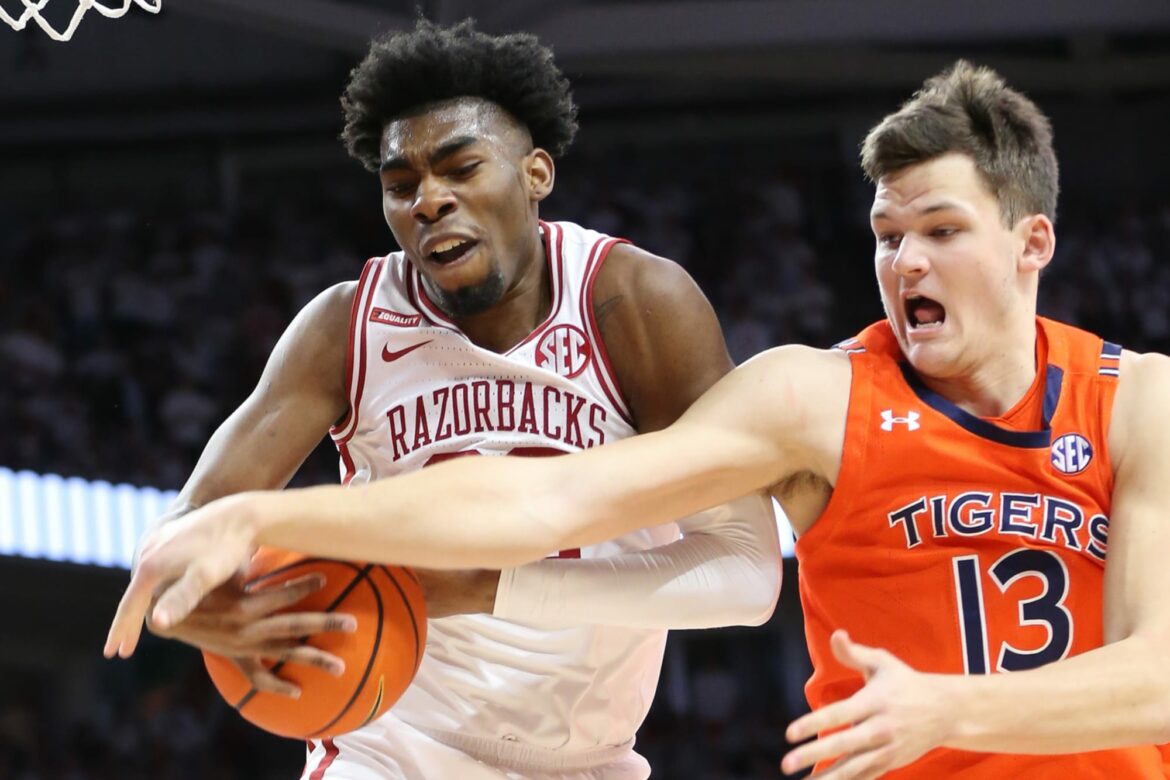 No. 1 Auburn hadn’t lost in months but Arkansas changed that as the Razorbacks upset the Tigers, throwing the college basketball rankings into disarray.

The Auburn Tigers got a scare on the road at Georgia in their previous game but the No. 1 team in the college basketball rankings was able to get a late bucket to escape with a win. However, another road test — this time a much bigger one — awaited as they traveled to take on a dangerous and surging Arkansas Razorbacks team.

It was a back-and-forth game throughout but it looked as if Auburn might pull away late. Urged on by a raucous crowd, though, the Hogs fought back and forced overtime. With some clutch defensive possessions, the Razorbacks held on and pulled out a massive upset victory as they knocked off the No. 1-ranked team in the country.

Will Auburn lose their spot at the top of the polls? Let’s check out our latest projections after the massive upset on Tuesday night.

College basketball rankings: Projections after No. 1 Auburn upset by Arkansas

Despite the loss on the road in Fayetteville, it’s hard to find any team outside of Gonzaga that can match what the Tigers have done this season. Furthermore, the Razorbacks deserve their flowers in their own right. This is a team that has now put together a 19-5 record and could be dangerous in the SEC and in March Madness.

What we can say with certainty is that we could be in store for a crazy week with the top teams in the college basketball rankings.

While No. 1 Auburn losing is the biggest upset yet, it’s just Tuesday and the Tigers are already the third top-10 team in the country to get beat. Let that be a warning to any other top teams in college hoops this week — especially on the road.