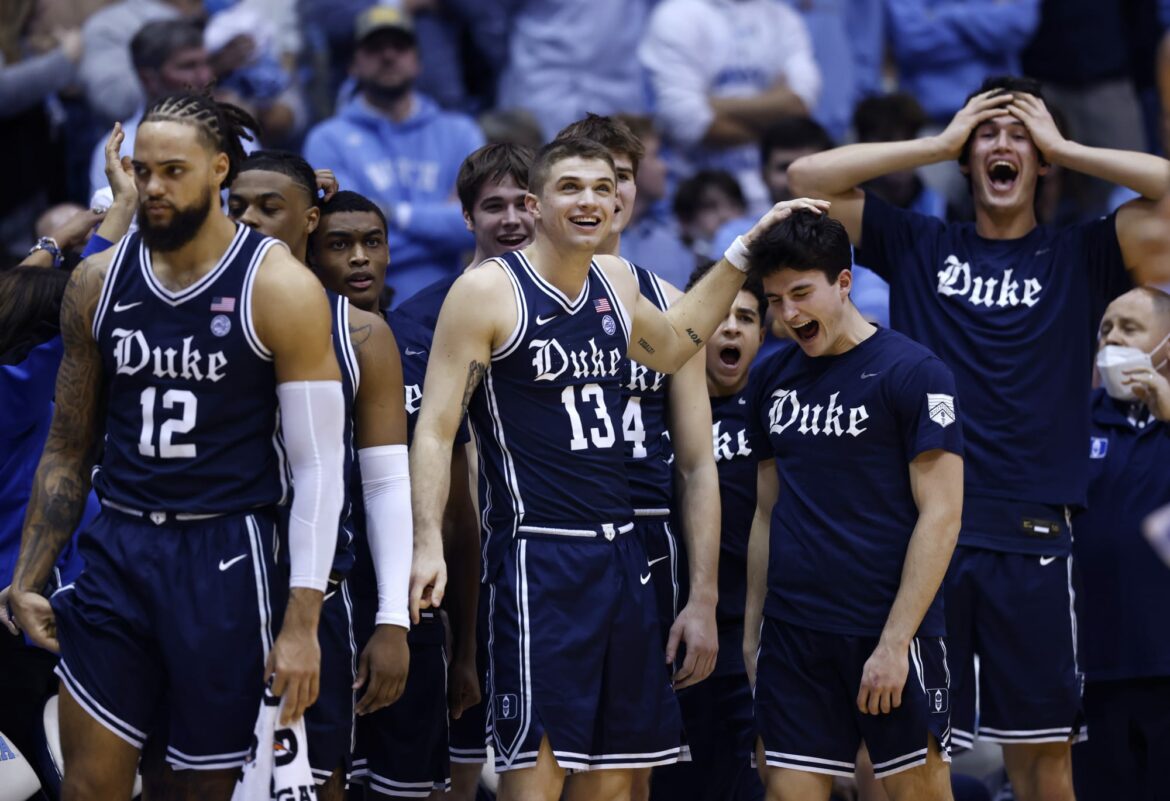 Duke routed rival UNC on the road in Chapel Hill while Kentucky also handled a road test against Alabama. We look at the NCAA basketball rankings after.

It was a Saturday filled with road tests for teams inside the top 10 of the NCAA basketball rankings. Later in the day, that put the Duke Blue Devils and Kentucky Wildcats under the microscope. For the former, it was a trip to Chapel Hill to face their biggest rivals in UNC.

Though these two teams always seem to end up relatively evenly matched whenever they face off, that wasn’t the case in the Dean Dome in early February. Coach K’s Blue Devils dominated the action from the opening tip, withstood every run, and completely tore apart the Tar Heels on their home floor.

John Calipari’s Wildcats were slightly less emphatic in their efforts but, after a close game early, they pulled away and left little doubt which team was the best on the floor on Saturday in Tuscaloosa. They didn’t even play their best game and still walked away with a double-digit win.

With these two big games and results around the country, we have to check in what the NCAA basketball rankings could look like now.

Who knows what the AP voters are going to do, but everything we’re seeing says to me that Kentucky is a top-three team in the country. They have proven it time and again, most recently with massive road wins over Kansas and now Alabama in emphatic fashion.

Duke beating their rivals on the road in the manner they did says a lot about the quality of the Blue Devils. That being said, the Tar Heels just haven’t been the level of team we are used to them being. Coach K’s crew might move up a spot as they do in these projections, but that’s as far as I can see them climbing.