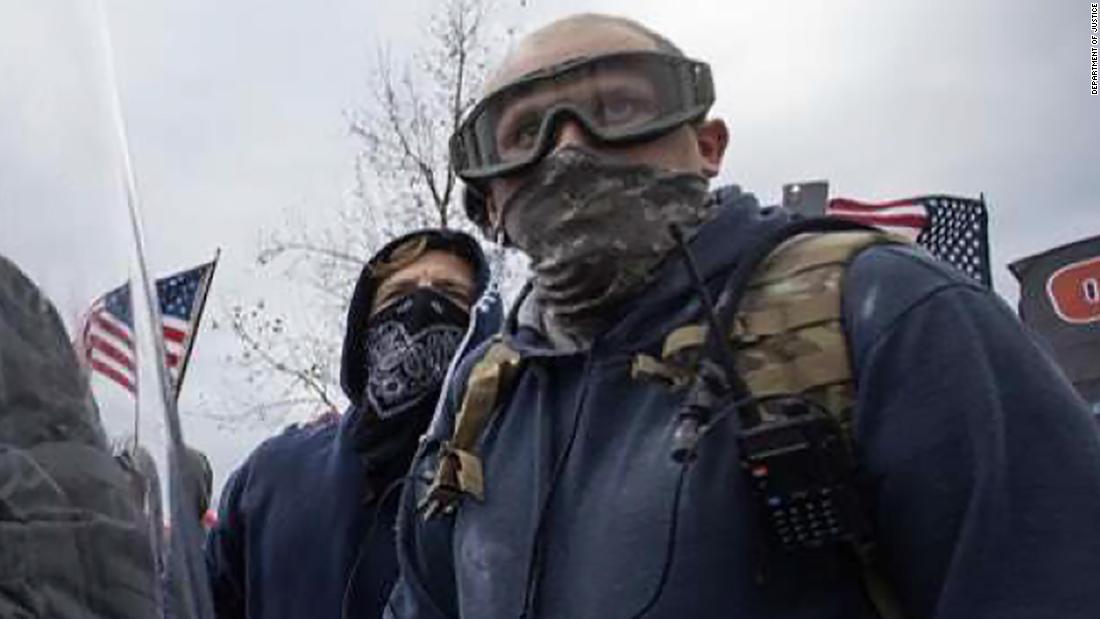 Matthew Greene, 34, of Syracuse, New York, is the first Proud Boy charged in the alleged conspiracy to plead guilty, and could provide vital information to the government’s investigation as he’s expected to cooperate. He pleaded guilty Wednesday to one count of conspiracy and one count of obstruction of an official proceeding.

Greene could face up to 51 months in prison according to the plea deal read aloud during a hearing in federal court in Washington, DC, and he agreed to pay $2,000 in restitution for damage done to the Capitol building.

He is the first member of the Proud Boys to potentially give prosecutors information about his organization. Multiple members of the Oath Keepers have been cooperating with the government for months.

According to prosecutors, on January 6, Greene and two others pushed through police barriers on the Capitol grounds and took direction from Proud Boys leaders over radio during the riot.

“He participated with other rioters, including members of the Proud Boys, in moving additional police barricades,” according to the Department of Justice.

“I’m good, we took the capital,” Greene messaged a contact after the attack, according to prosecutors.

He was indicted in April with Proud Boys members William Pepe and Dominic Pezzola, who prosecutors allege conspired to interfere with police officers protecting the Capitol. Pezzola, according to court documents, used a police riot shield to break a window at the Capitol, allowing rioters to enter the building.

A few dozen people allegedly tied to the Proud Boys have been charged in connection with the Capitol attack.

Greene will remain incarcerated before his sentencing hearing scheduled for March 10.