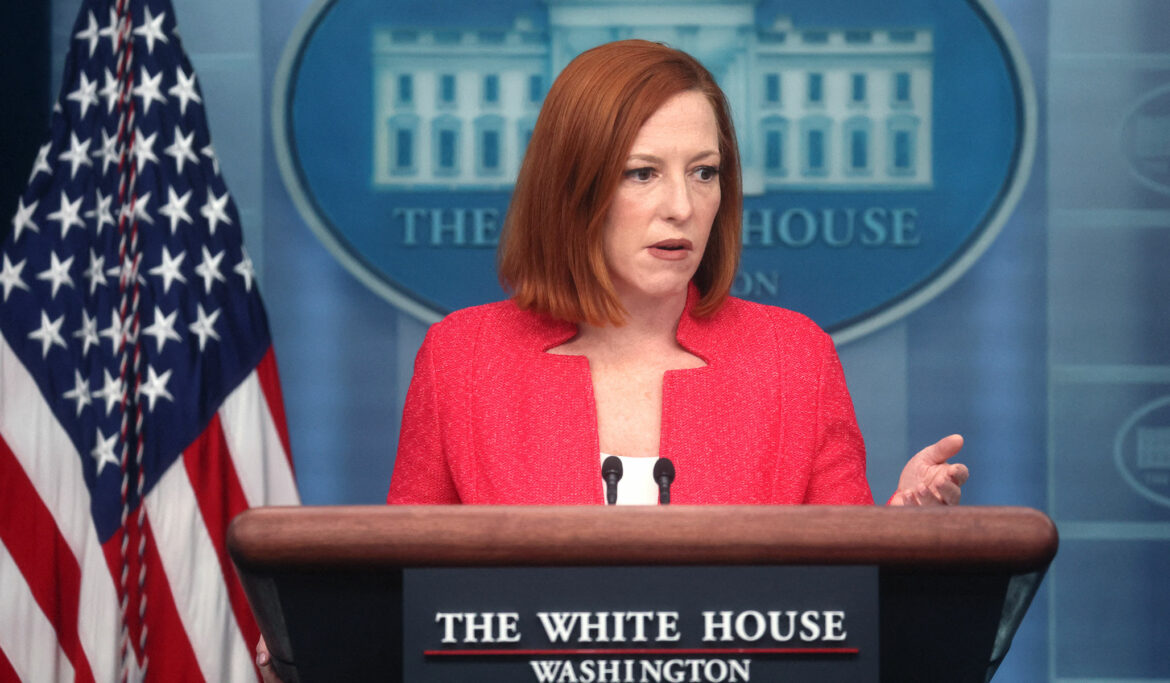 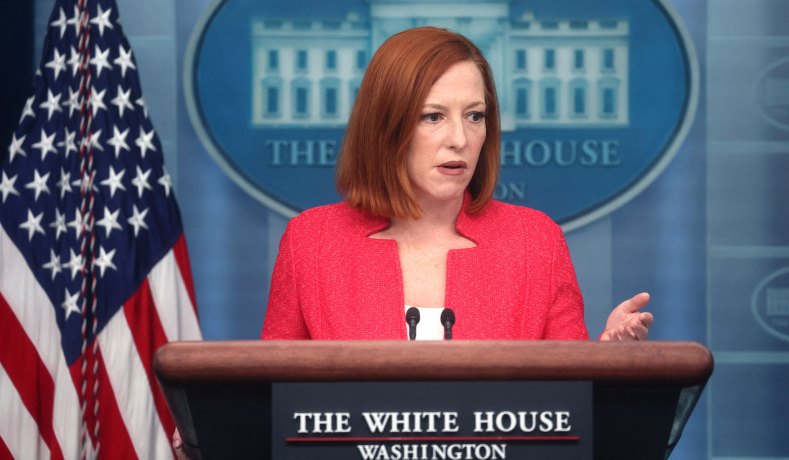 White House press secretary Jen Psaki on Thursday said the Biden administration saw sanctions as a “deterrent” against a Russian invasion of Ukraine, after President Biden claimed that “no one” expected sanctions to prevent an invasion.

Earlier on Thursday, ABC News reporter Celia Vega pointed out that “sanctions were clearly not enough to deter” Putin from launching an invasion, to which Biden replied that economic sanctions were never intended to do so.

“No one expected the sanctions to prevent anything from happening. This is going to take time,” Biden said. “It’s not going to occur, he’s going to say, Oh my God, these sanctions are coming. I’m going to stand down.”

Psaki later defended the comments during a press briefing saying that she believes the president’s comment was “not exactly what he meant” because he also told reporters that he “didn’t say sanctions couldn’t stop [Putin].”

“He also went on to say the threat of sanctions and imposing the sanctions and seeing the effect of sanctions are two different things,” she said. “And the way we look at this, broadly speaking . . . is that we do see them as having a deterrent impact, right?

“It doesn’t mean they’re 100 percent foolproof,” she said, adding that sanctions could be used to “reduce the threat of an invasion.”

Psaki went on to say the administration is focused on the “consequences” that can be brought against Putin.

“It was his decision to go to war,” she said. “It’s our choice to make him pay a price. Same with the global community, and we believe these consequences are also going to have an impact.”

Singh said that while he doesn’t “usually engage in hypotheticals up here at this podium,” he would “play this out,” though he did not say whether Biden was right or wrong.

“Had we unleashed our entire package of financial sanctions preemptively, I think a couple of things might have happened,” he said. “No. 1, President Putin might have said, ‘Look, these people are not serious about diplomacy. They’re not engaging in a good-faith effort to promote peace. Instead, they’re escalating.’”

He said that could have provided a justification for Putin to “escalate and invade.”

“Secondly, he could look at it as a sunk cost,” he said. “In other words, President Putin could think, ‘I’ve already paid the price. Why don’t I actually take what I paid for, which is Ukraine’s freedom.’

“So that’s, that’s what we wanted to avoid, look, ultimately, ultimately, the goal of our sanctions is to make this a strategic failure for Russia,” he said, adding that strategic success in the 21st century is “not about a physical land grab of territory” but is instead “measured and exercised by economic strength, by technological sophistication, and your story: who you are, what your values are, can you attract ideas and talent and goodwill on each of those measures?

“This will be a failure for Russia,” he concluded.

The reporter pressed again, asking if it is “fair” to say that no one expected the sanctions to prevent anything.

Singh replied only that the administration “signaled as clearly as we could what was coming if Russia proceeded with an invasion.”

“As I mentioned before, economic costs of this severity generally matter to any leader because of the effect it has on his people’s living standards. In this case, Putin made the wrong choice,” he said.

Meanwhile days earlier, on Tuesday, Singh said: “Sanctions are not an end in themselves. They’re meant to prevent and deter a large-scale invasion of Ukraine that involves the seizure of major cities, including Kyiv.”

Vice President Kamala Harris made a similar statement on Sunday.

“The purpose of the sanctions has always been and continues to be deterrence,” Harris told reporters in Munich. “These are some of the greatest sanctions, if not the strongest, that we’ve ever issued.”

Biden unveiled new sanctions on Russian banks Thursday afternoon in response to the Russian invasion of Ukraine. Biden noted that while the U.S. had previously cut off Russia’s largest bank from the U.S. financial system, he would now be blocking four more major banks.

“We’ve now sanctioned Russian banks that together hold around $1 trillion in assets,” Biden told reporters at the White House.

Yet Biden has not followed through on his threats to sanction Russian President Vladimir Putin directly. Despite Ukrainian requests, Russia has also not been disconnected from the Society for Worldwide Interbank Financial Telecommunication, or SWIFT system, which is managed by the National Bank of Belgium and hosts a large share of international business transactions.