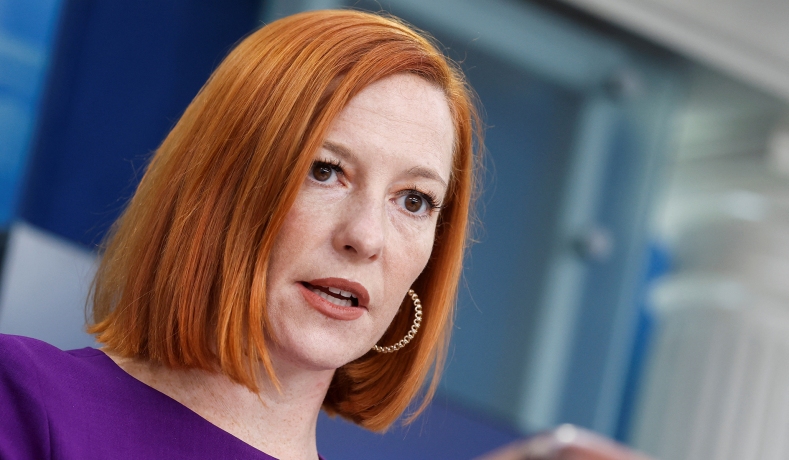 “This report on cyber options being presented to @POTUS is off base and does not reflect what is actually being discussed in any shape or form,” Psaki wrote in a tweet.

This report on cyber options being presented to @POTUS is off base and does not reflect what is actually being discussed in any shape or form.

The comment came after NBC News reported earlier on Thursday that Biden had been “presented with a menu of options for the U.S. to carry out massive cyberattacks designed to disrupt Russia’s ability to sustain its military operations in Ukraine.”

Three of the sources told the outlet that options for cyberattacks include disrupting internet connectivity across Russia, cutting off electric power, and tampering with railroad switches to hinder Russia’s ability to resupply its forces. The measures would be intended to disrupt, not destroy.

Meanwhile, Biden unveiled new sanctions on Russian banks Thursday afternoon in response to the Russian invasion of Ukraine. Biden noted that while the U.S. had previously cut off Russia’s largest bank from the U.S. financial system, that he would now be blocking four more major banks.

“We’ve now sanctioned Russian banks that together hold around $1 trillion in assets,” Biden told reporters at the White House.

However, Biden has not followed through on his threats to sanction Russian President Vladimir Putin directly. Despite Ukrainian requests, Russia has also not been disconnected from the Society for Worldwide Interbank Financial Telecommunication, or SWIFT system, which is managed by the National Bank of Belgium and hosts a large share of international business transactions.