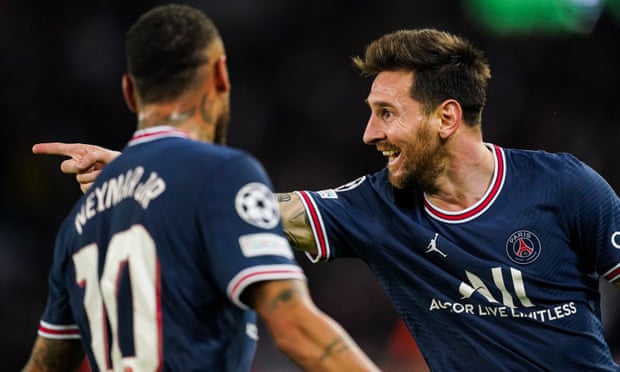 Achraf Hakimi A good battle with the effervescent Grealish which the right-back can say he edged after the latter’s withdrawal. 7

Presnel Kimpembe Hounded Sterling whenever the “ghost No 9” came to the ball but he and Marquinhos were disorganised as a central unit. 6

Marquinhos The captain was a powerful presence under the high ball who did not always marshal his rearguard. 6

Nuno Mendes Composed when required though Mahrez, one of City’s best performers, was a handful Mendes never quite quietened. 6

Ander Herrera Always covered ground willingly, joining the attack when possible: one shot had Ederson leaping to save. 7

Idrissa Gueye A classic midfielder’s run ended in him smashing home for the opener that put his team on the way to a precious three points. 8 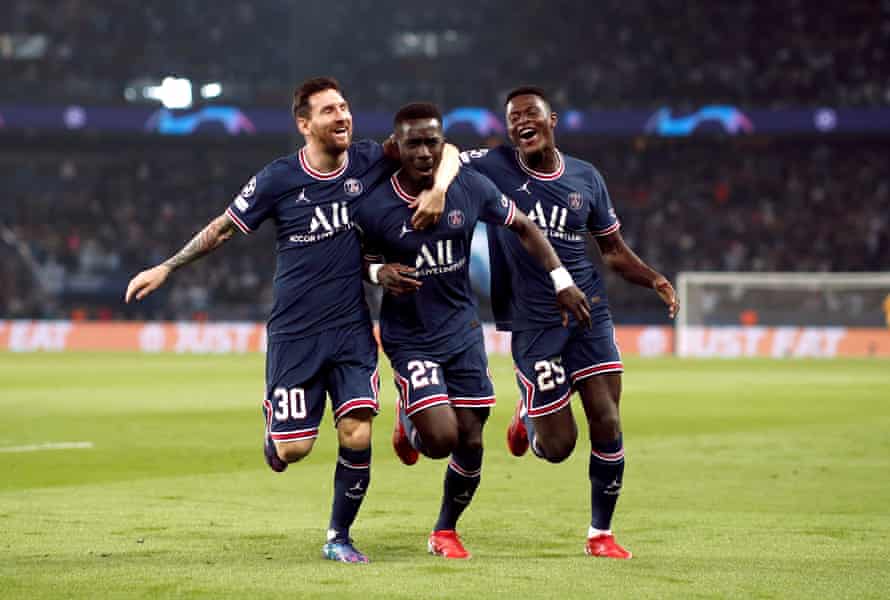 Marco Verratti Was brave in tight areas offering an outlet and buzzed about as the heartbeat of the French champions. Replaced. 7

Lionel Messi Flitted into pockets, linked well for the opener and finally broke his PSG duck with a classic 18-yard top-corner finish. 8

Kylian Mbappé Break on the right created Gueye’s opener, and was often in full flow: a terror for defenders. 7

Neymar Miskicked a golden chance and was spied in tracking-back shock! Skipped through on 64 minutes but hit the side netting. 6

Ederson Could do little about either goal and made one memorable cat-like save from Herrera’s effort. 7

Kyle Walker Was cool when turning out of trouble in the danger area but lacked concentration in the final third. 6

Rúben Dias Will be unhappy with Gueye being lost for his goal and also allowed Mbappé to escape too easily at times. 5

Aymeric Laporte Was most comfortable – obviously – when City took play upfield as he and Dias had Neymar-Mbappé-Messi to stymie. 5

João Cancelo Booked for a foul on Mbappé, unloaded at Donnarumma, and after the interval began to thread teammates in. 7

Rodri Steady. Should enjoy how he nicked the ball off Messi when the great man was about to pull the trigger. 6

Kevin De Bruyne Fashioned one cross that Sterling should have converted and, while an industrial challenge on Gueye drew a booking, he finished strongly. 7

Riyad Mahrez Had the beating of Mendes on occasion along the right and continually looked to hurt PSG. 7

Bernardo Silva Struggled to be a factor and missed an open goal – twice in the same moment – so disappointed. 6

Jack Grealish Ability to accelerate harried the home backline in the opening period before he was eased out of the contest and substituted. 6

Raheem Sterling Could only hit the bar from a De Bruyne ball dropped on to his head. Missed another chance in the second half and was replaced. 5