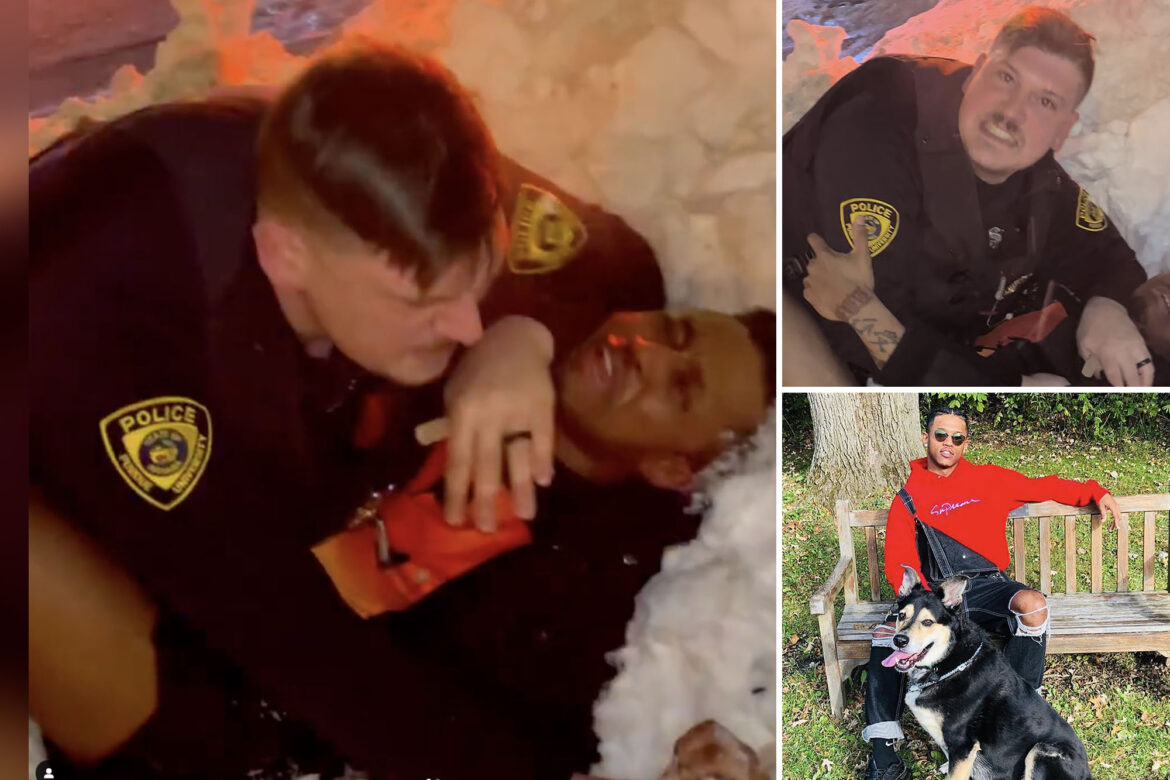 Purdue University police are reviewing a white cop’s actions after video emerged of him repeatedly punching a black student and pushing his head in the snow during an arrest.

Adonis Tuggle, 24, posted the footage captured Feb. 4 by a woman claiming to be his girlfriend, the Journal and Courier reported.

“Stop! You’re hurting me! You’ve been disrespectful the whole time, bro! You’re choking me!” he says in the viral clip recorded at the school in West Lafayette, Indiana.

University police Capt. Song Kang told the news outlet that officers were called to the scene at about 8:20 p.m. by someone who said it appeared a woman was being held against her will.

When Officer Jon Selke arrived, he separated Tuggle and the woman, but the student then refused to cooperate with his orders, Kang said, according to the outlet.

The video shows the officer calling for backup as he orders the woman shooting the footage to move away after she apparently touches him. He warns her that if she makes contact again he’ll Taser her.

“Please help! This officer won’t get off his neck! He’s has taken it too far!” she yells.

Tuggle was later booked into the Tippecanoe County Jail on suspicion of resisting law enforcement. He was released after posting a $250 bond.

In a statement, police Chief John Cox wrote: “Purdue University police became aware Friday night (Feb. 4) of an incident that occurred that evening involving a Purdue police officer who responded to an urgent call from a third party following our ‘see something, say something’ campus safety guidance.

Purdue police said that the department conducts an internal review whenever force is used in an arrest.Instagram / @cozy_tuggle

“The caller stated that it appeared a woman was being held against her will near Horticulture Drive,” he continued.

“Any time a PUPD officer uses force in connection with an arrest, the department conducts an internal review. PUPD commenced that review, led by Deputy Chief Lesley Wiete immediately upon receiving the officer’s report on Friday night,” Cox wrote.

“That investigation will, under PUPD General Orders, include input from all witnesses to the arrest and take into account all available evidence, including video from officers’ body-worn cameras and statements from the students involved,” he wrote. 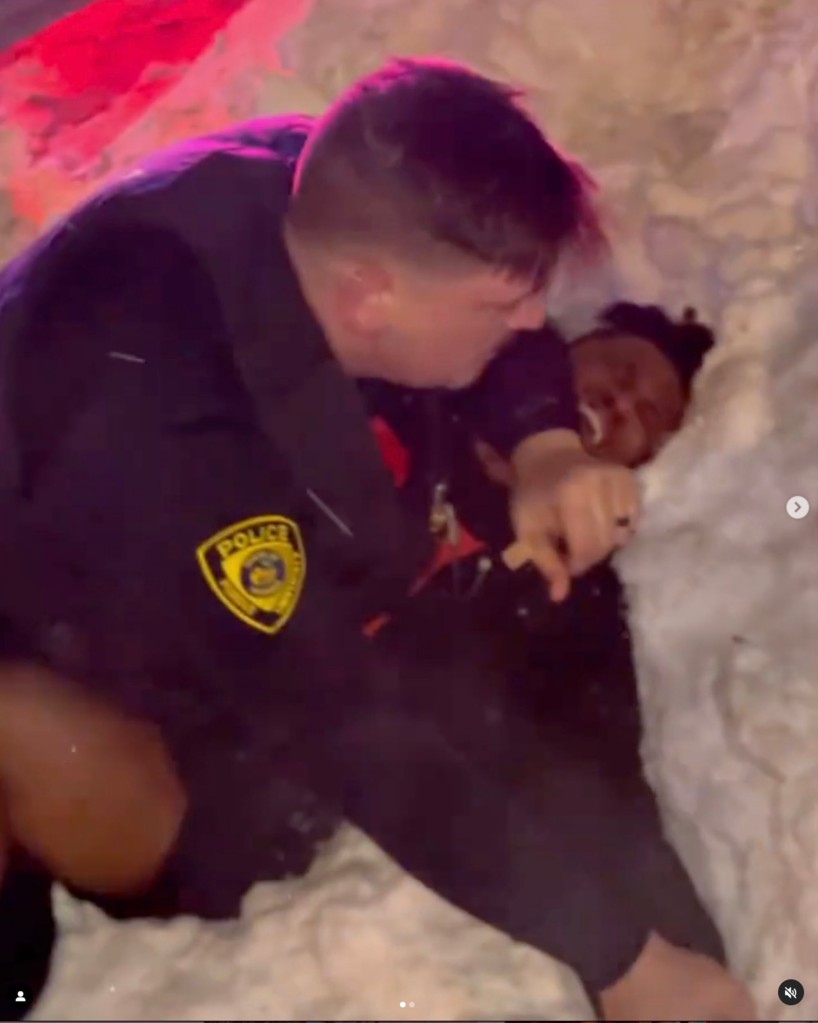 Tuggle complained that the cop was hurting him during the arrest.Instagram / @cozy_tuggle

“No physical injuries were suffered in the incident,” the chief added.

“WE STAND WITH ADONIS TUGGLE! We open our arms in solidarity with our fellow Boilermaker and vow to increase awareness around this incident, advocate, and provide help and support,” it added, according to the Journal and Courier. 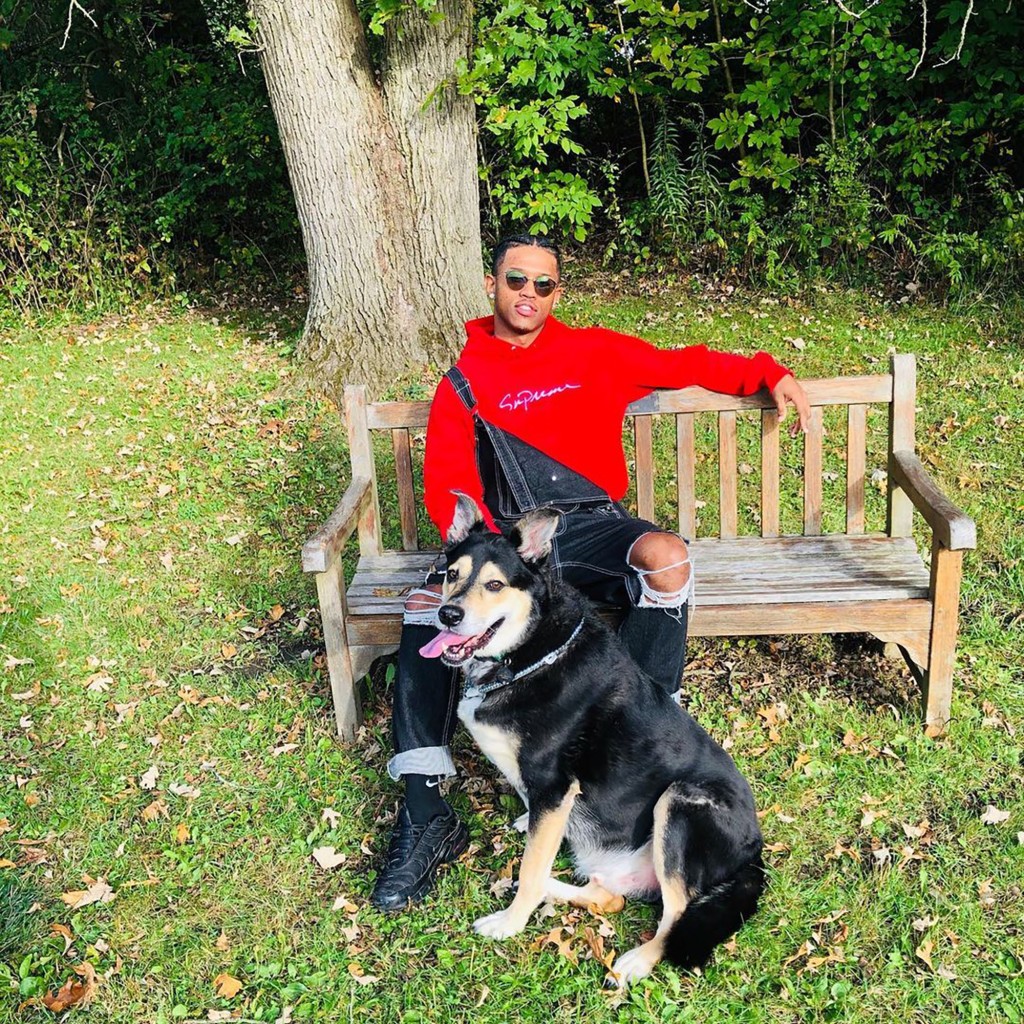 Tuggle was released from jail after posting a $250 bond.Instagram / @cozy_tuggle

The outlet said it has not been able to reach the student and officer for comment.