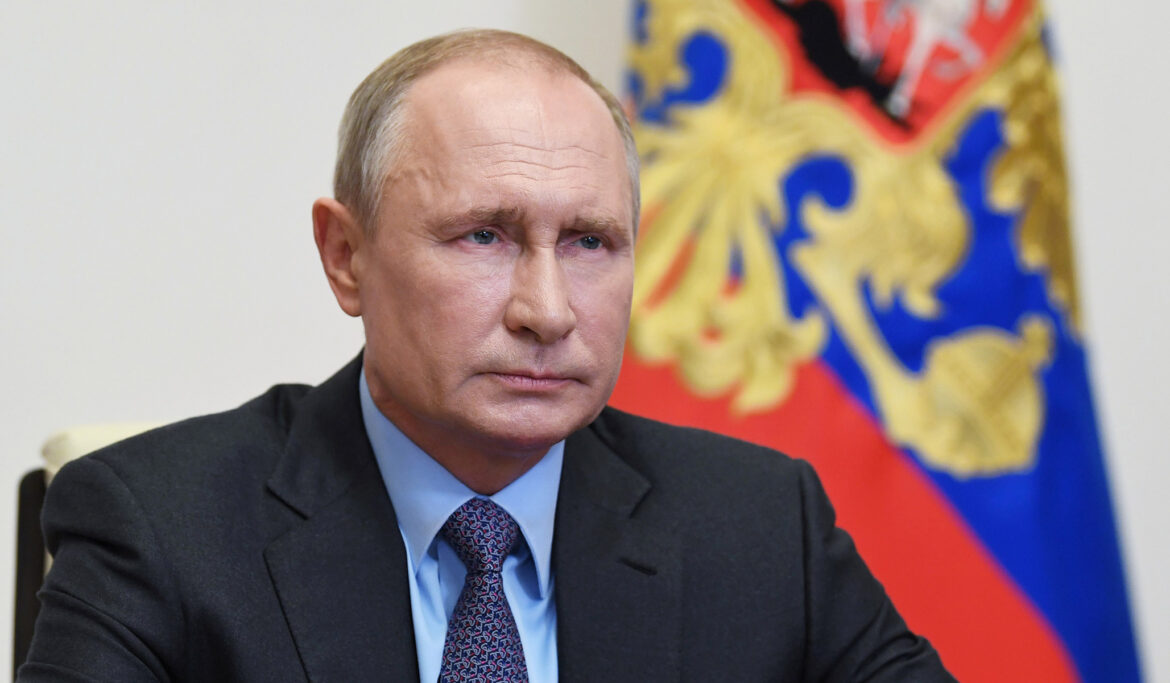 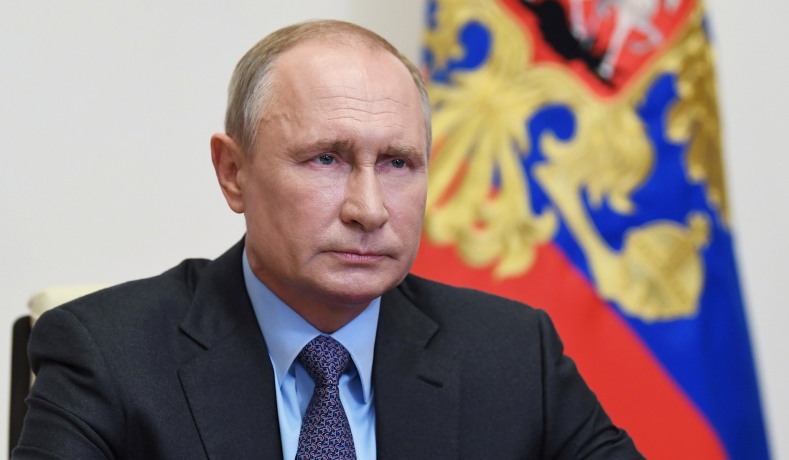 Russian President Vladimir Putin chairs a meeting on the transport system development via a video link at the Novo-Ogaryovo state residence outside Moscow, May 7, 2020. (Sputnik/Aleksey Nikolskyi/Kremlin via Reuters)

Russian president Vladimir Putin announced early Thursday morning local time that his government has resolved “to launch a special military operation” aimed at the “demilitarization and denazification of Ukraine,” heralding the start of a land war on the European continent.

Threatening those who might oppose his efforts to either outright annex parts of Ukraine, or install Ukrainian leaders with pro-Russian bents, Putin warned that “those who would be tempted to intervene . . . will have consequences that you never have had before in your history.” Putin’s reference to denazification would seem to echo his address two days earlier, in which he officially recognized portions of Ukraine as “independent republics,” purportedly in response to what he baselessly characterized as an active genocide taking place against Russian-speaking people in those regions. The governments of Ukraine and the United States, among others, have vigorously disputed these allegations.

Putin’s address has been followed by reports of explosions across Ukraine, including in its capital city of Kyiv. After Putin’s speech, the Ukrainian interior minister, Anton Gerashchenko, confirmed to CNN that “the invasion has begun.” Per NBC’s Susan Kroll, Gerashchenko has also confirmed that Russian troops have landed in the Ukrainian port city of Odessa, the third-largest urban center in the country. Ukrainian military sources have disputed a Russian presence in Odessa, according to Reuters, however, providing an early example of the fog of war that is likely to cloud the conflict.

As the sun began to rise on Thursday morning, air raid sirens began to sound in Kyiv. The capital city’s mayor, Vitaly Klichko, issued the following statement responding to the evolving situation: “In Kyiv we can hear noise of shelling. The worst enemy now is panic. Keep calm. Everyone not involved in critical city functions, stay home. We have to prevail.”

CNN has reported that Russian missile strikes have targeted Vasilkovsky airfield near Kyiv in an effort to destroy Ukraine’s air defenses ahead of the forthcoming ground invasion, and Belarussian forces have mobilized to assist the Russians. Video from Ukraine’s Belarussian border shows tanks entering the country.

Air raid sirens also began to ring in Lviv — a western Ukrainian city that the U.S. diplomatic staff moved to recently for fear of being caught in the crossfire nearer to the Russian border in Kyiv — shortly before eight in the morning, local time. American staff are now working out of Poland.

In an address delivered prior to Putin’s, Ukrainian president Volodymyr Zelensky declared that “the government of Ukraine wants peace. It’s doing everything it can. We’re not alone. That’s true, lots of countries support Ukraine. Because this isn’t about peace at any price. It’s about peace, principles, justice, international law, the right to determine your own future.”

After Putin’s announcement and the commencement of military operations, Zelensky delivered another speech noting that he had spoken with President Joe Biden and urging the Ukrainian people to “stay strong.”

“We will win because we are Ukraine. Glory to Ukraine,” he added. Reuters is reporting that the Ukrainian military has shot down five Russian planes and one helicopter in the easternmost Ukrainian region of Luhansk.

The White House released a statement following Putin’s de facto declaration of war asserting that “the prayers of the entire world are with the people of Ukraine tonight as they suffer an unprovoked and unjustified attack by Russian military forces.”

“Russia alone is responsible for the death and destruction this attack will bring, and the United States and its Allies and partners will respond in a united and decisive way,” it continued.

Even as the Russian military began its attack on Thursday evening, the crisis was being discussed at the United Nations, where Russia currently serves as the rotating chair of the Security Council. “There is no purgatory for war criminals. They go straight to hell,” said Ukraine’s ambassador to the body.

Fox News national security correspondent Jennifer Griffin has reported that a U.S. official has told her that “right now we are seeing the pre assault fires. Expect this to go on for a few hours. Land attack to follow with ALL of the full forces Putin has arrayed. Explosions heard in Kiev, Odessa, Mariupol. ‘It’s begun.’”

Putin’s address was the culmination of a months-long Russian military build-up on the Ukrainian border. His speech on Thursday indicated an intention to conduct a broader incursion than the “peacekeeping” operation he had previously announced in the regions he had recognized as independent, and potentially even an effort to take the entirety of the Ukraine.