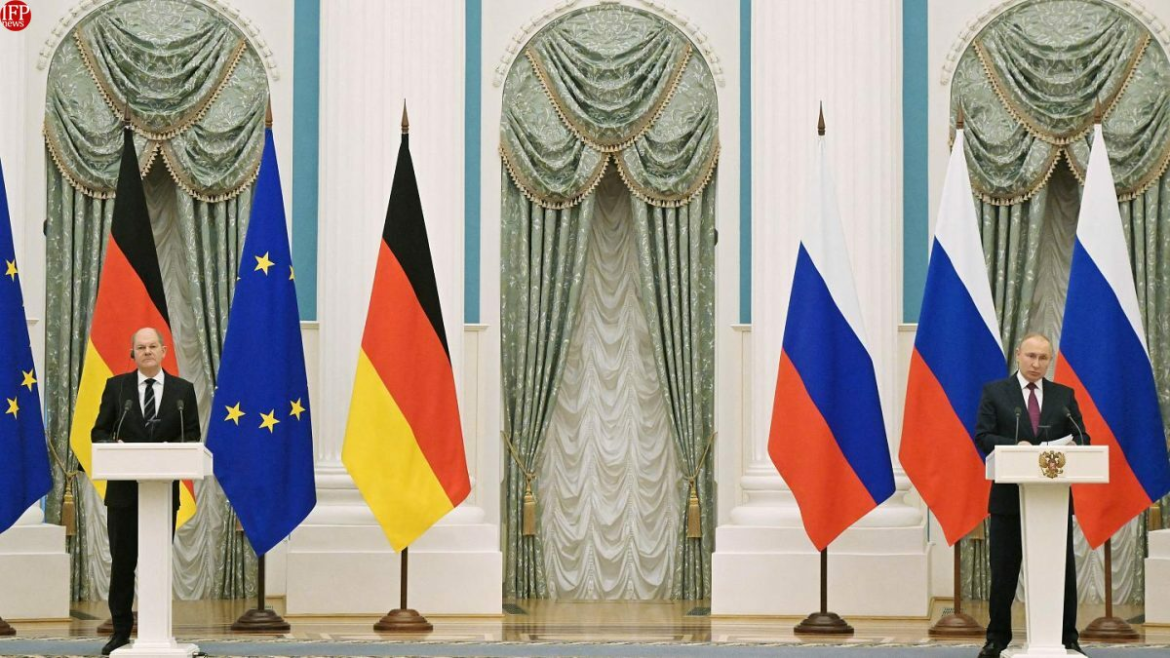 Putin hosted Scholz on Tuesday, where the two met for just over three hours, according to Kremlin Press Secretary Dmitry Peskov. Afterwards, the two gave a joint press briefing, during which both leaders stated the need for continued dialogue between Russia and the West, despite the significant differences between the two sides.

“Do we want it or not? Of course, not,” the Russian leader said in response to a question from Deutsche Welle about whether he ruled out the possibility of a war in Europe.

He emphasized that “this is why, we put forward the proposals on the negotiating process that must result in an agreement on ensuring equal security for all states, including our country.”

Unfortunately, Moscow has not received a substantive and constructive reply to its proposals, the Russian leader added.

Nonetheless, Russia sees in the documents received from the United States and NATO “some elements that can be discussed,” Putin pointed out.

“But we are ready to do this only in conjunction with those fundamental issues that are of top priority for us,” the Russian leader continued.

Moscow expects the dialogue to develop precisely in this way, Putin said.

“Depending on how it will develop, it will be crucial for the situation to develop on all the other tracks that are of your and our concern,” the Russian leader stressed.

Russia cannot turn a blind eye on the fact that the United States and NATO are interpreting the principle of indivisible security “quite freely and for their own benefit,” Putin said.

“Russia cannot turn a blind eye on how the United States and the North Atlantic Alliance are interpreting, quite freely and for their own benefit, the key principles of equal and indivisible security, which are committed to paper in many European documents,” he added.

He recalled that this principle includes not only the right to choose ways of ensuring own security and join any military unions or alliances, but also the liability not to strengthen one’s security at the expense of the security of other countries. He noted that although under article 10 of the 1949 North Atlantic Treaty the alliance is free to invite other countries, it is not obliged to do it.

Putin stated they “frankly exchanged views” with Scholz on the situation around Russia’s proposals on security guarantees.

“We also spoke about [Moscow’s] basic demands, the most essential of which are to stop NATO’s further eastwards expansion, not to deploy offensive weapons near Russian borders and to return the bloc’s military potential and infrastructure in Europe to the state of 1997 when the Russia-NATO Founding Act was signed,” Putin continued.

The German leader stated that the accession of Ukraine to NATO, which Russia has strongly advocated against, is not currently on the table, and said that while every country should be allowed to choose its own alliances, “but still, we should look at reality and that is: there is a conflict that we want to de-escalate. That is the task of the hour.”

Scholz also said that he hoped that a Tuesday announcement that Russia was bringing home some of its troops from Belarus, where they had been deployed near the Ukrainian border, was a sign that further withdrawal would follow. However, he warned that if an invasion did take place, there would be “harsh consequences” for Russia.

The West and Kiev have recently been spreading allegations about Russia’s potential ‘invasion’ of Ukraine. Moscow has repeatedly rejected these claims. However, the Kremlin did not rule out the possibility of provocations aimed at justifying such allegations and warned that attempts to use military force to resolve the crisis in southeastern Ukraine would have very serious consequences.

Putin has also said that the positions of Moscow and Berlin on Iran’s nuclear program are rather close.

The Russian head of state stated that they discussed some relevant global issues, including the situation around Iran’s nuclear program.

“We are in constant contact on this issue at the level of the ministries of foreign affairs, and I should point out that our positions are rather close,” the Russian leader added.

Intensive diplomatic talks continue in the Austrian capital of Vienna between Iran and the P4+1 group of countries to discuss all possible ways to salvage the 2015 nuclear deal by removing all sanctions imposed by Washington against Tehran.