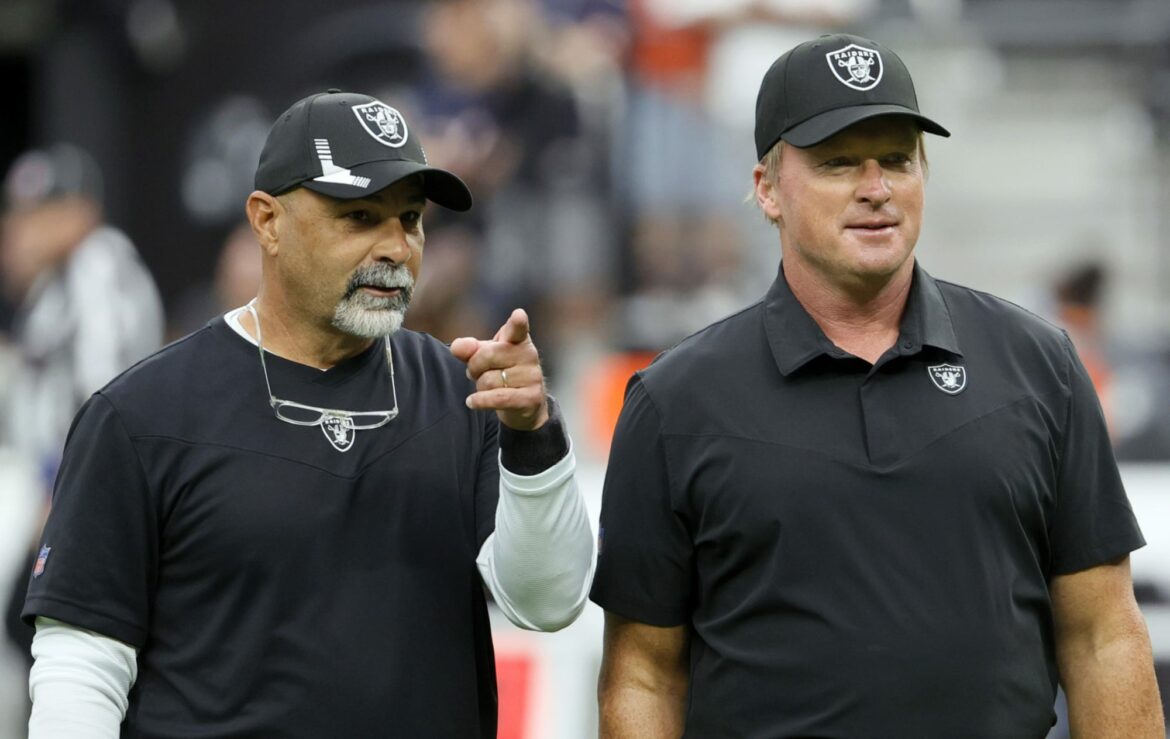 If you ask the one and only Brent Musburger, he thinks someone deliberately went out to try and ruin Jon Gruden’s career by having his controversial e-mails go public.

Well over a month after Jon Gruden stepped down as head coach of the Las Vegas Raiders, folks are still talking about his embarrassing way to go out. Gruden made national headlines after his homophobic and Misogynistic e-mails were made public as part of the investigation into the Washington Football Team.

For college football legend Brent Musburger, he feels like this was 100 percent a hit job on Gruden. What? Indeed, Musburger spoke with J.T. Brick of the Las Vegas Sports Network and said that someone was clearly out to end his career as a coach.

Brent Musburger didn’t hold back with his Jon Gruden comments

“As I told Coach, whoever took you out, Jon, that was a paid assassin,” Musburger said via Pro Football Talk. “That was one of the best hit jobs that I’ve ever been around. They didn’t go to their media goombahs.

“They didn’t leak this to Adam Schefter or one of those guys that breaks stories. They first went to the Wall Street Journal. And when Gruden was still coaching after that, then they dumped the rest of it on the New York Times. That was a professional hit job.”

Those are some powerful words from Musburger. If you ask him, someone took it upon themselves to try and destroy Gruden. At the end of the day, the e-mails that did end up being released were nothing short of despicable.

People were calling for him to get fired from the moment things were dropped, as they really were unreal. For Musburger, though, he feels like this was all a set up.