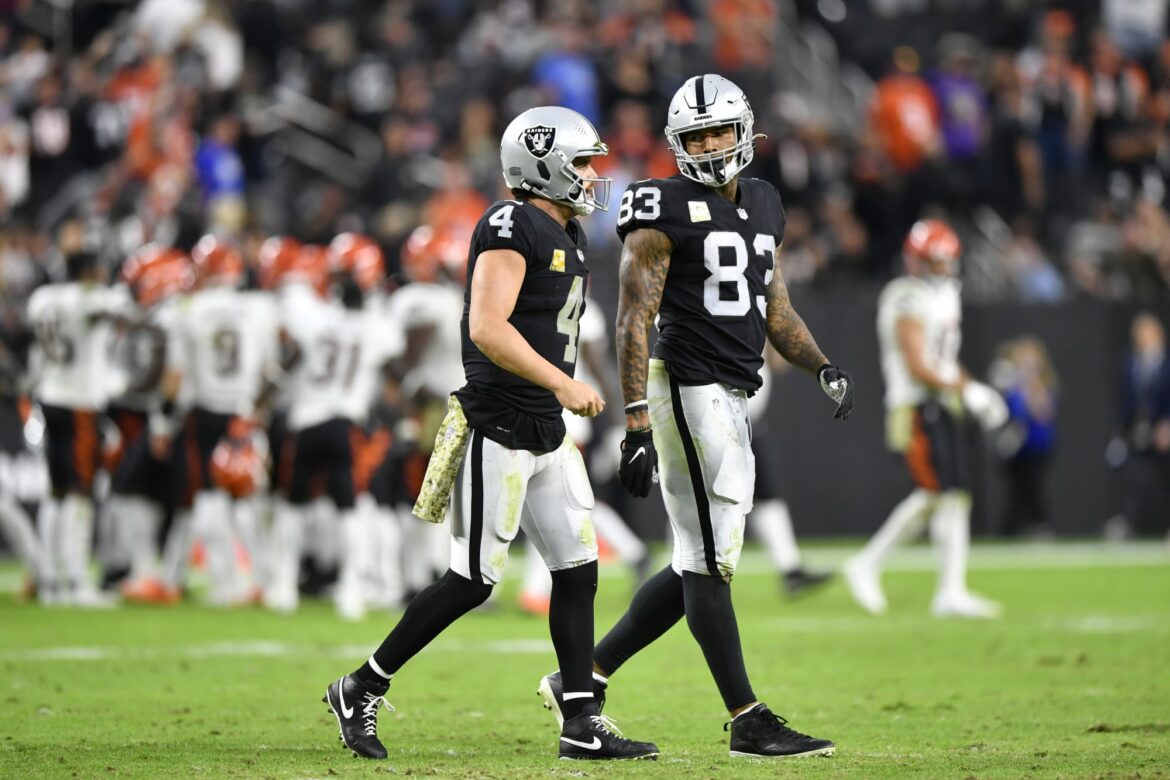 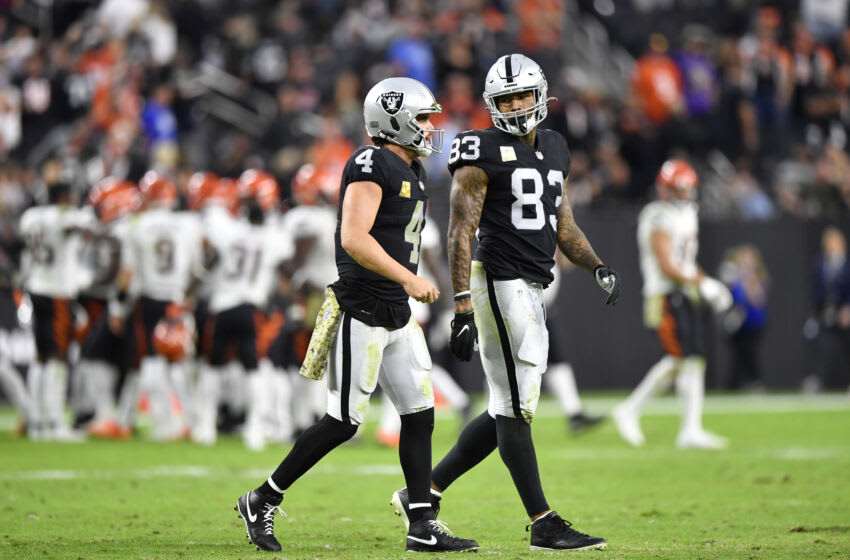 LAS VEGAS, NEVADA – NOVEMBER 21: Quarterback Derek Carr #4 and tight end Darren Waller #83 of the Las Vegas Raiders walk off the field after a fumble recovered by the Cincinnati Bengals during the second half of a game at Allegiant Stadium on November 21, 2021 in Las Vegas, Nevada. The Bengals defeated the Raiders 32-13. (Photo by Chris Unger/Getty Images)

For Las Vegas Raiders fans hoping the team would welcome back Darren Waller vs. the Broncos, it doesn’t look like that’s going to happen.

It’s been a rough few weeks for the Las Vegas Raiders offense without star tight end Darren Waller out on the field catching passes from Derek Carr. Folks were hoping they’d see Waller out there against the Broncos in Week 16.

That’s not looking likely, as Waller continues to struggle with his knee and back injuries. Waller wasn’t able to practice again on Thursday. Now, the feeling is that he’ll have to miss yet another game.

Johnathan Hankins (back) and Brandon Parker (knee) were out.

Darren Waller isn’t expected to play in the Raiders vs. Broncos game

This is of course rough news for Las Vegas. The offense really looks different without Waller out on the field. Carr’s numbers have taken a turn for the worst with Waller out of action too. It’s clear just how much he needs his big-bodied tight end out there.

When Waller is healthy, he’s no question a standout player for this team. Time and time again he’s been able to record some impressive catches for this squad. Unfortunately, he’s faced injury adversity this season and it’s held him out of several contests.

Following the win over the Browns in Week 15, Las Vegas still has some postseason hope. They’ve got to close the year out strong, though. Not having Waller on the field to take on Denver is only going to make that contest tougher.

Hopefully, Waller can get back on the field as soon as possible. If he doesn’t return next weekend to take on the Colts, fans may begin to worry that they won’t see the star TE back on the field for the rest of the campaign.