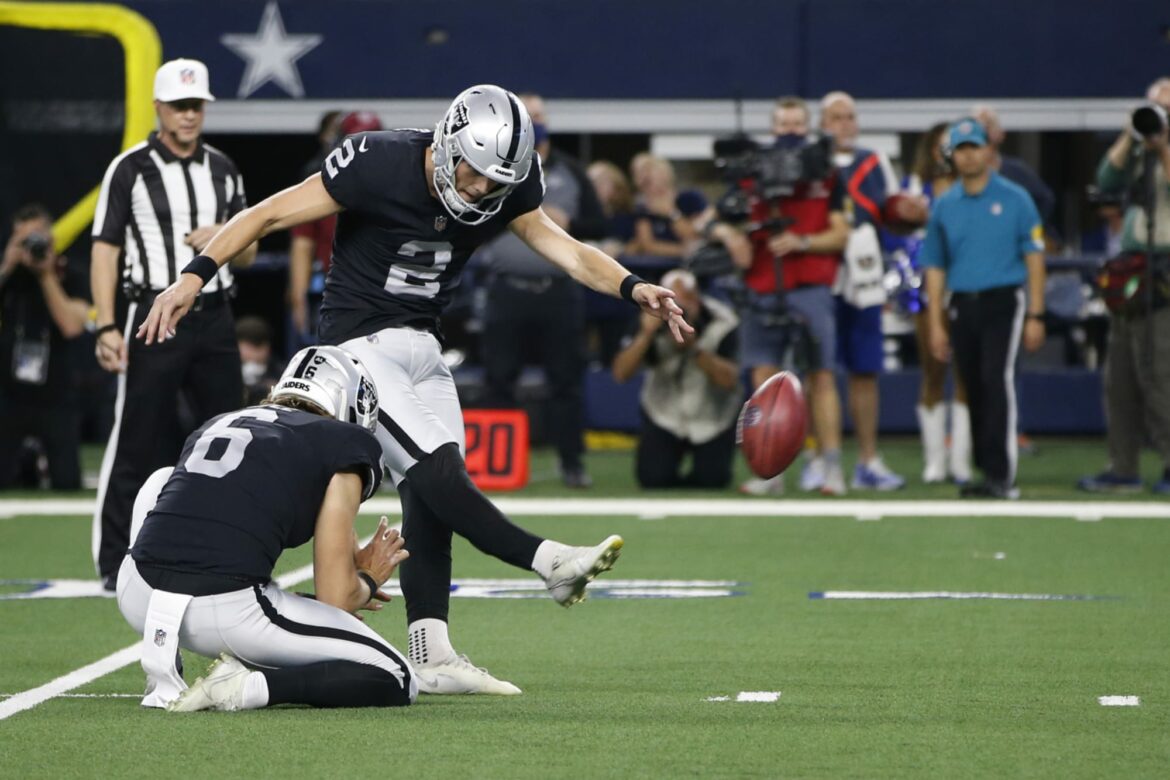 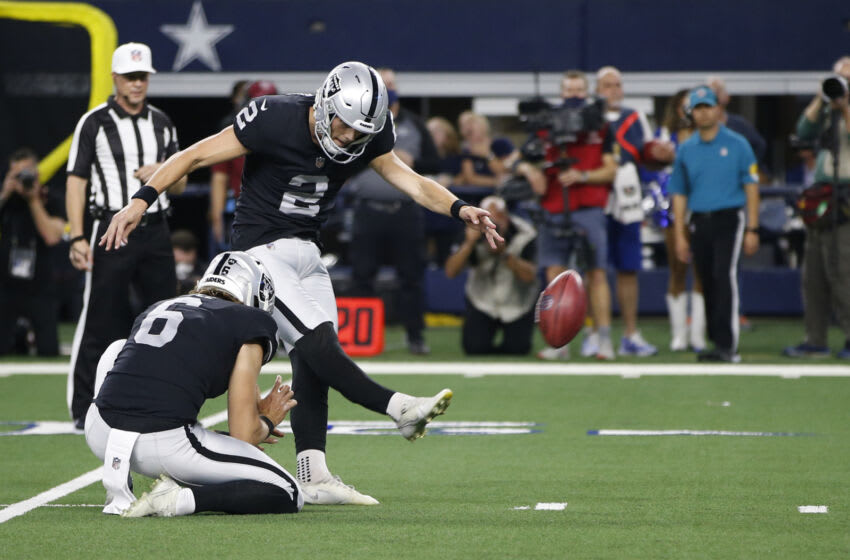 Daniel Carlson came up huge for the Las Vegas Raiders with a pair of clutch kicks and he was literally willing to do anything to play against the Cowboys.

The Thanksgiving matchup between the Las Vegas Raiders and Dallas Cowboys was full of big plays — even if an uncomfortable amount of those plays were the result of penalties. But you could argue that Vegas kicker Daniel Carlson came up with two of the biggest.

As part of the five field goals that the kicker drilled through the uprights for a perfect day at the office (he was 3-of-3 on extra points as well), Carlson’s biggest boot came just after the two-minute warning when he blasted a 56-yard field goal to give his team a three-point lead.

Even after Dallas tied things up and forced overtime, Carlson and the Raiders wouldn’t be deterred. So, despite timeouts and penalties keeping him iced for quite a while by normal standards, he stepped up and drilled the game-winner in overtime to give Las Vegas the 36-33 win.

It turns out, however, that Carlson was fighting to be able to play on the short week as he battled food poisoning early in the week. When asked about that illness keeping him off the field, though, the kicker was quite clear that nothing about food poisoning was going to keep him from playing.

Daniel Carlson had food poisoning Monday. Asked if he ever thought he might miss the game said, “I will find a way to play adult diapers. Trash bag on the sideline.”

Talk about dedication — dedication that fans should be thankful we didn’t have to see play out.

It’s one thing for a player to fight through not feeling well or, in Carlson’s case, no one would’ve blamed him if he were on the sidelines with food poisoning.

So for him to say he’d consider an adult diaper or sideline trash bag speaks to how badly he wanted to be on the field — even if he was likely joking about the lengths he would’ve gone to in order to suit up on Thanksgiving.