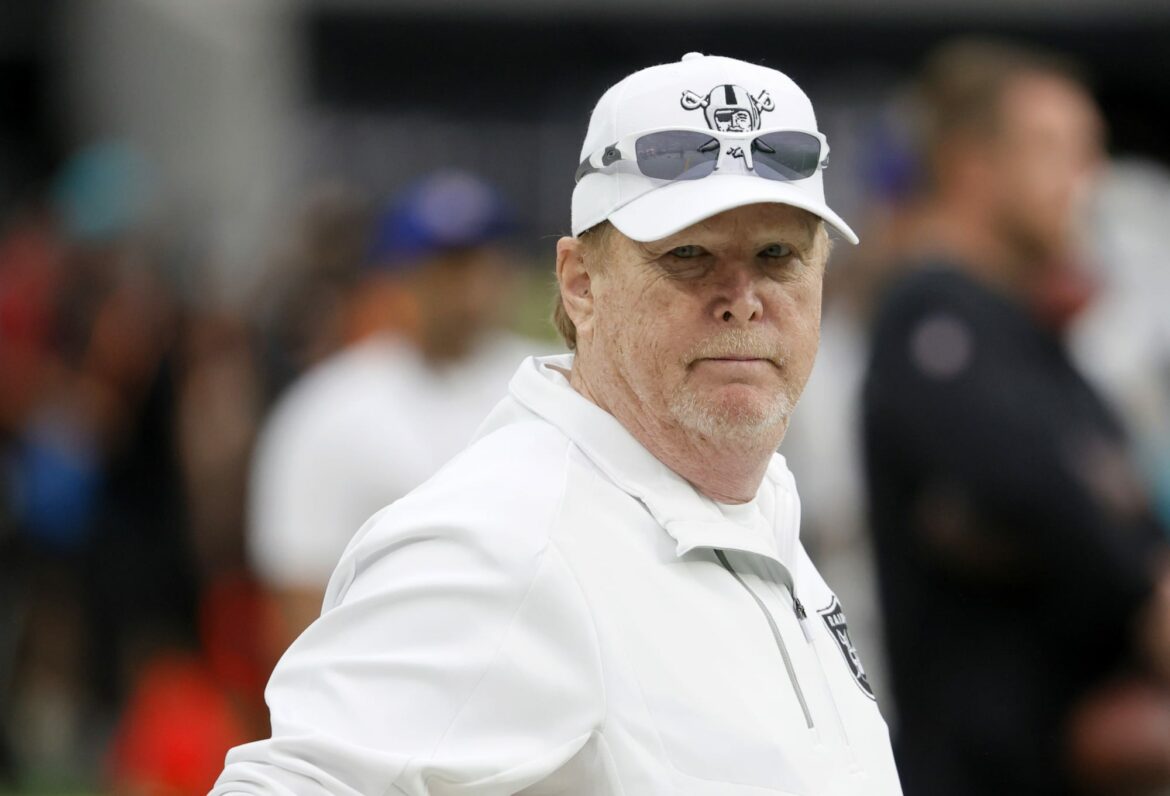 Las Vegas Raiders owner Mark Davis declined to comment on the Jon Gruden situation, referring a reporter to the NFL instead.

While everyone in the NFL realm has been talking about the downfall of Jon Gruden, Raiders owner Mark Davis remained quiet until finally breaking his silence on Wednesday.

What did Davis have to say after all this time? Nothing of note, essentially. In a safe PR move, Davis referred ESPN reporter Paul Gutierrez to speak with the NFL instead.

Just spoke with #Raiders owner Mark Davis: “I have no comment. Ask the NFL. They have all the answers.” Also confirmed that Mike Mayock remains GM and now has 51 percent control of roster decisions, with interim coach Rich Bisaccia at 49 percent. Was Gruden 51/Mayock 49 before.

Some are criticizing the Raiders owner for demonstrating a lack of leadership and accountability in his response, calling Davis a “coward.”

Pretty damning quote for the NFL, there’s definitely shady business going on with how this went down. With that being said, Mark needs to not be a coward and stand up and say what Gruden did was wrong and apologize to the affected groups. Show some accountability for once.

A decline to comment doesn’t imply that Davis will not speak out on the situation in the future. In the past, Davis has been a vocal advocate speaking out against domestic abuse issues and racism in the NFL.

Davis was the first NFL owner to propose a player should be suspended during a domestic violence investigation after the Ray Rice video surfaced. Davis has been directly involved with the The Biletnikoff Foundation, which supports women who have suffered from substance abuse issues, mental health issues and domestic violence.

In 2017, Davis initially encouraged his players to stand during the National Anthem rather than kneel, but derogatory comments by President Donald Trump invoked change in his stance. Davis asked players if Tommie Smith, the iconic Olympian who raised his fist for racial justice, could light the torch during a Raiders game in Mexico City. Davis explained then that while he preferred players not protest while in uniform, once the uniform was off, Davis “might go up there with them.”

Davis explained that conversations about social injustice — and the resistance to having those conversations — shaped his perspective.

“Over the last year, though, the streets have gotten hot and there has been a lot of static in the air and recently fuel has been added to the fire. I can no longer ask our team not to say something while they are in a Raider uniform. The only thing I can ask them to do is do it with class. Do it with pride. Not only do we have to tell people there is something wrong, we have to come up with answers. That’s the challenge that’s in front of us as Americans and as human beings.”

Through his words and philanthropic support, Davis has demonstrated that he personally supports social justice causes. His refusal to condemn Gruden at this time, however, leaves some Raiders fans wanting stronger leadership from their owner at this time.