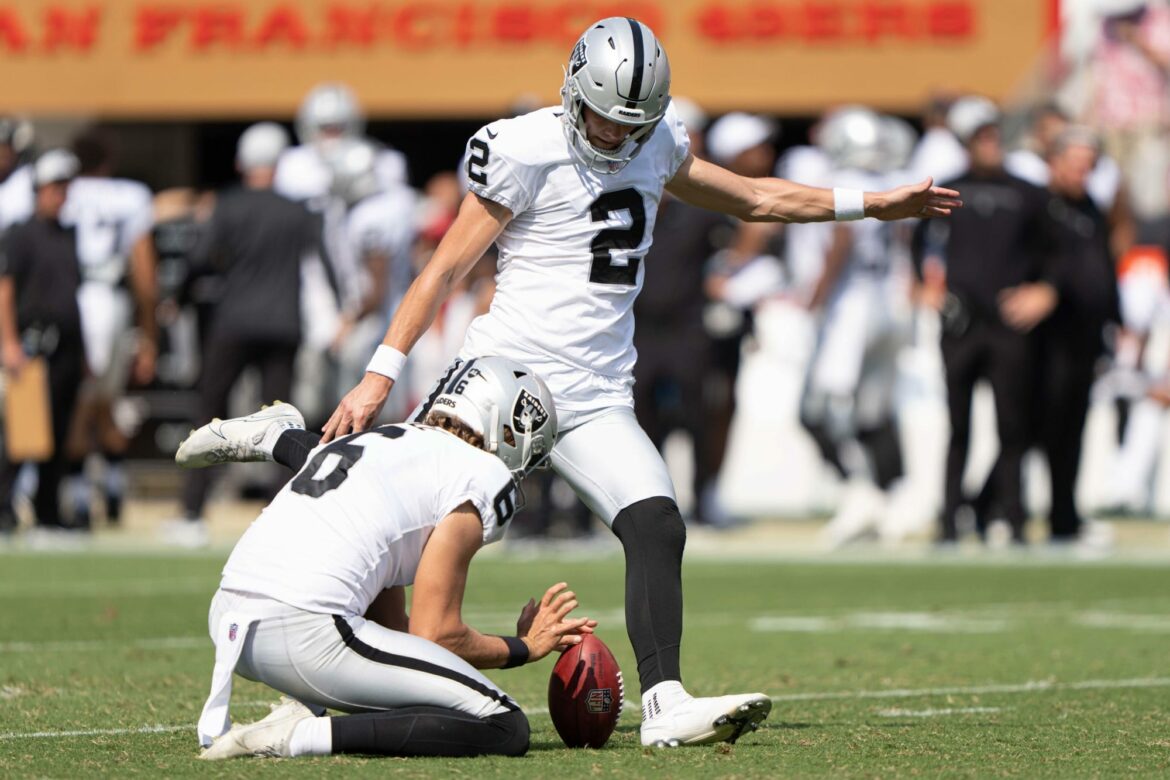 The Raiders, for no particular reason, used Wednesday night in Week 14 to go spending big money on their special teams unit, though rightfully so.

The Las Vegas Raiders suffered a brutal loss this past week in a matchup against the Washington Football Team that, frankly, they should’ve handled. Now, they sit at .500 and will have an uphill climb if they’re going to make the playoffs.

Oh, and let’s also forget that, after the 2021 season, this franchise will be looking to find a new head coach (if they aren’t already) and could potentially need to hire a new general manager as well considering that Mike Mayock was essentially hand-picked by Jon Gruden several years ago.

Despite all of this, the Raiders picked Wednesday night in Week 14 to shore up their special teams for the long haul. First, they made kicker Daniel Carlson a top-three paid player at the position in the NFL with a new four-year contract.

The #Raiders are signing kicker Daniel Carlson to a four-year, $18.4 million extension that includes a $4M signing bonus and $10.2M guaranteed, per source. He’s now the NFL’s third-highest paid kicker. 💰💰

Then, not long after, Las Vegas then reached an agreement on a four-year deal with punter A.J. Cole as well, a contract that will make him a top-four paid player at his position.

A ✌🏼special✌🏼 night for the #Raiders. Not only have they extended K Daniel Carlson, they agreed to a terms with P A.J. Cole on a four-year extension as well, @Agent_Turnage tells me.

Cole leads the NFL in punt yardage and will now be paid among the league’s top four punters.

Though it’s certainly odd timing for the Raiders to go on a special teams spending spree, it makes complete sense that the organization would be interested in locking up both Carlson and Cole.

In the case of the kicker, Carlson has been reliable as he’s hit 60-of-65 attempts over the past two seasons while also knocking in 68-of-72 extra-point tries as well.

As for Cole, as mentioned in the punny report by Garafolo, the punter leads the NFL in yardage this season, which speaks to his booming leg.

It may not be the type of moves that are going to turn many heads and, again, it felt random as can be when the deals were announced. However, retaining Carlson and Cole will be something that Las Vegas is surely unlikely to regret.