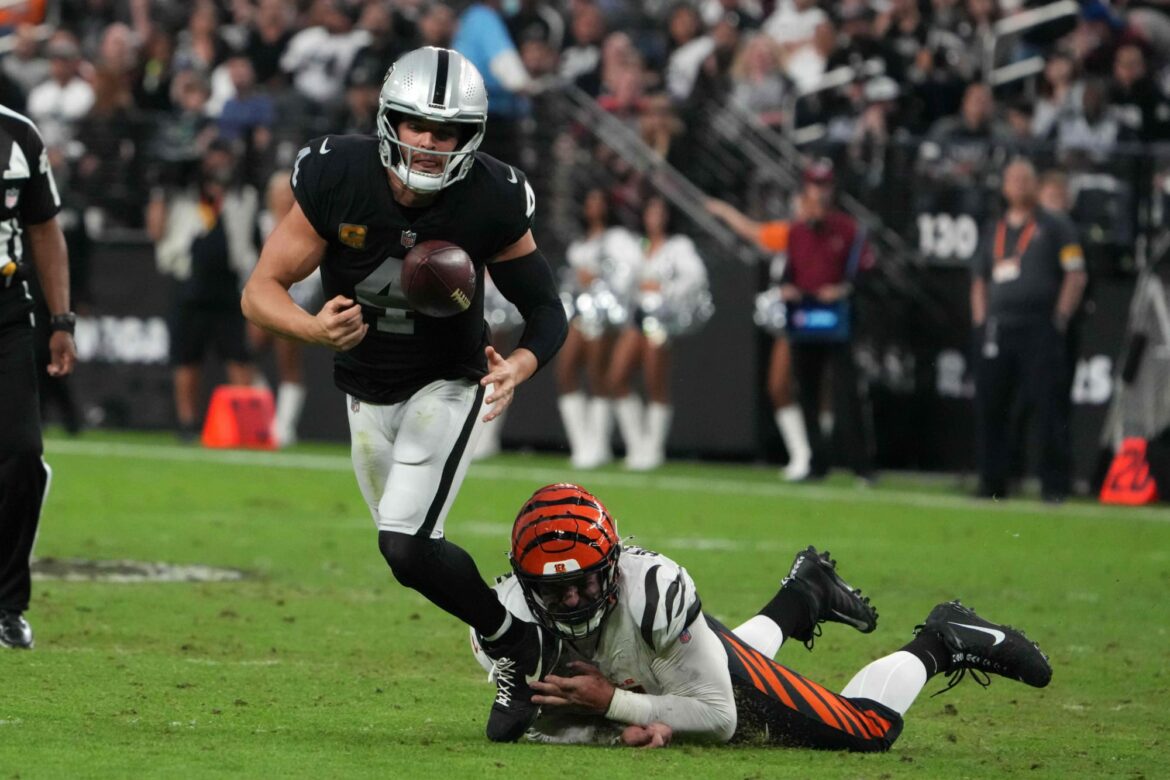 The Raiders are completely imploding and that was fully evident in how poorly they played in a blowout loss to the Bengals.

It’s been a long season for the Las Vegas Raiders, particularly off the field. At one point, though, it seemed as if the franchise might be weathering the storm when it came to the games on the field. That, however, has started to change for the worse — and much so.

After being beaten down 32-13 by the Bengals on Sunday, the club has lost three straight and fallen to 5-5 on the season. Despite holding first place in the AFC West just a few weeks ago, the Raiders are now tied for last.

These losses would not be too bad either if they seemed competitive. However, they have looked uninspired, lost, and a far different team than the one that started 3-0. In their last three games, they have turned the ball over seven times, have only scored 14.3 points a game (compared to over 31.42 in the rest of the season), and have seen their run game disappear.

Where the Raiders’ season began promising, the playoffs are slowly slipping away

At 5-5, the Raiders are currently out of the playoff picture. The AFC wild card race is tight and exciting, so there is still a chance for this team to make it in. But there are reasons to be pessimistic looking at current form.

Firstly, the Raiders continue to show that they have no replacement for Henry Ruggs III. DeSean Jackson was brought in as a potential replacement, but he is proving to be either less than expected or incompatible with the scheme.

Further, the schedule has no favors lying ahead for Las Vegas. Games against the Cowboys, Washington Football Team, Chiefs, Browns, Colts, and Chargers are all still left on the schedule. Sure, the Broncos are a beatable opponent in their current state, but so were the Bengals.

Can the Raiders figure it out? Sure, but with an interim head coach, no leading wide receiver, and a potentially injured quarterback, the Raiders look like the same sad franchise they have been for several years now.