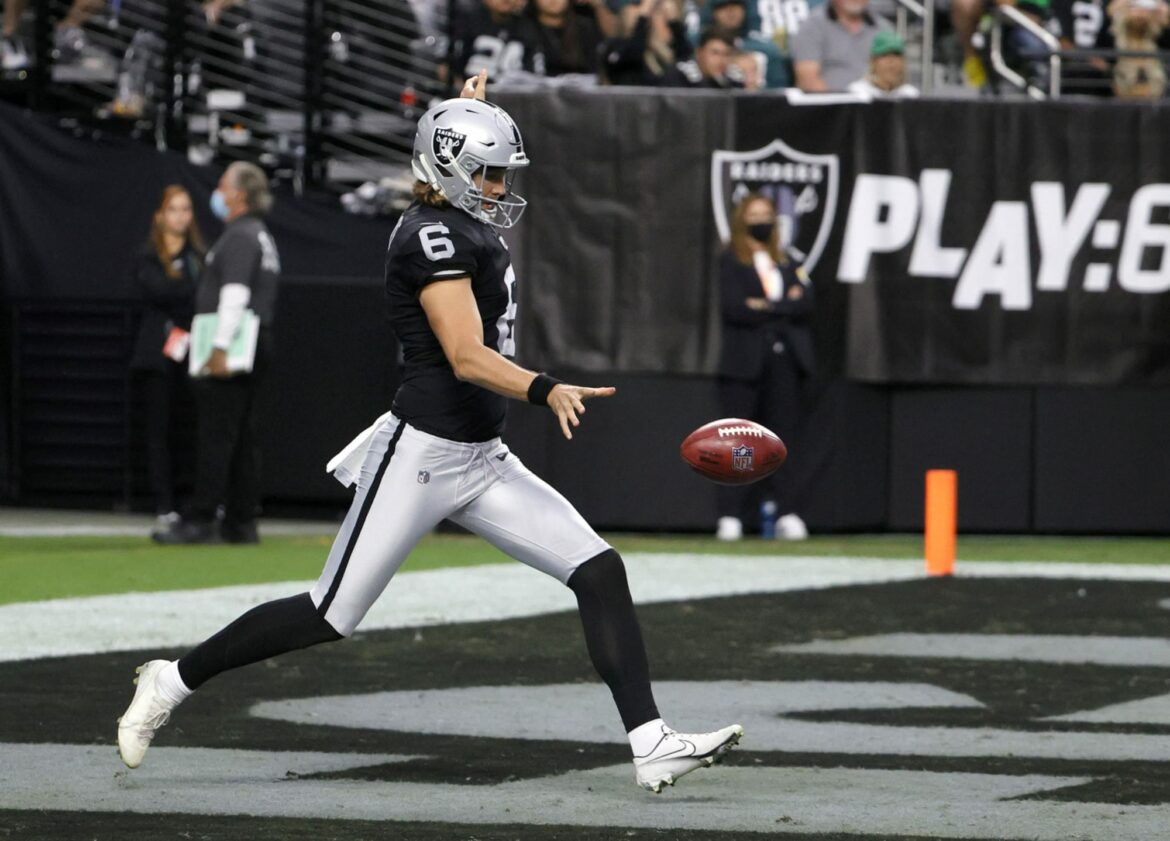 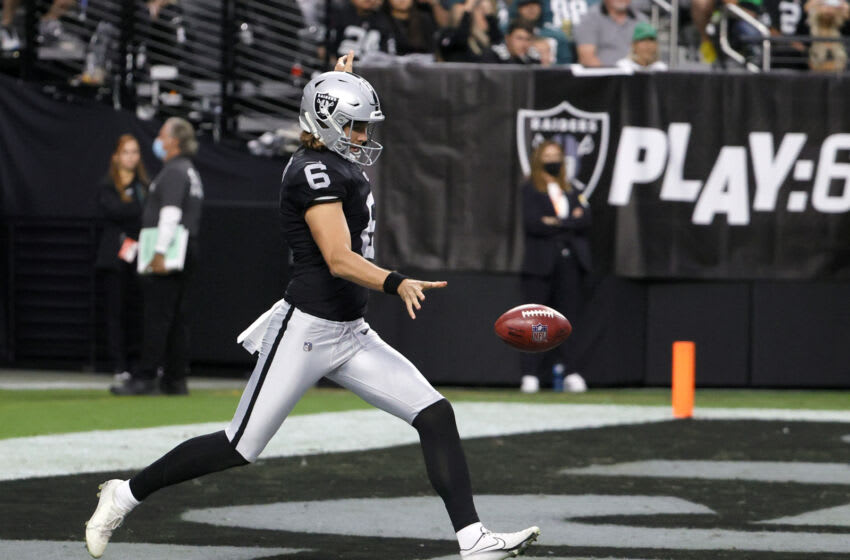 LAS VEGAS, NEVADA – OCTOBER 24: Punter A.J. Cole #6 of the Las Vegas Raiders punts from an end zone against the Philadelphia Eagles during their game at Allegiant Stadium on October 24, 2021 in Las Vegas, Nevada. The Raiders defeated the Eagles 33-22. (Photo by Ethan Miller/Getty Images)

What did the Raiders player throw off the field on SNF? by Cody Williams

The Las Vegas Raiders and the Kansas City Chiefs game on Sunday night had much more meaning. Both the Los Angeles Chargers and Denver Broncos lost earlier in the day, meaning that the winner of the primetime game earning sole possession of first place in the AFC West. Raiders punter A.J. Cole knew the goal, as evidenced by his play.

In the tail end of the first quarter, Cole punted the ball off to Chiefs cornerback Mike Hughes. As Hughes ran up the sidelines, Cole used the hit stick and forced the fumble, allowing Las Vegas to recover!

Someone is going to get a ratings increase in EA Sports’ Madden NFL 22. And that person is A.J. Cole.

The punter’s forced turnover paid off for Las Vegas. Starting at midfield, quarterback Derek Carr orchestrated a seven-play drive, culminating with the signal caller hitting wide receiver Hunter Renfrow for a six-yard touchdown. That allowed the Raiders to tie the game up at seven points apiece.

A word of advice to all kick and punt returners — if you see Cole running your direction, step out of bounds. Just so you are not at risk of fumbling the ball.