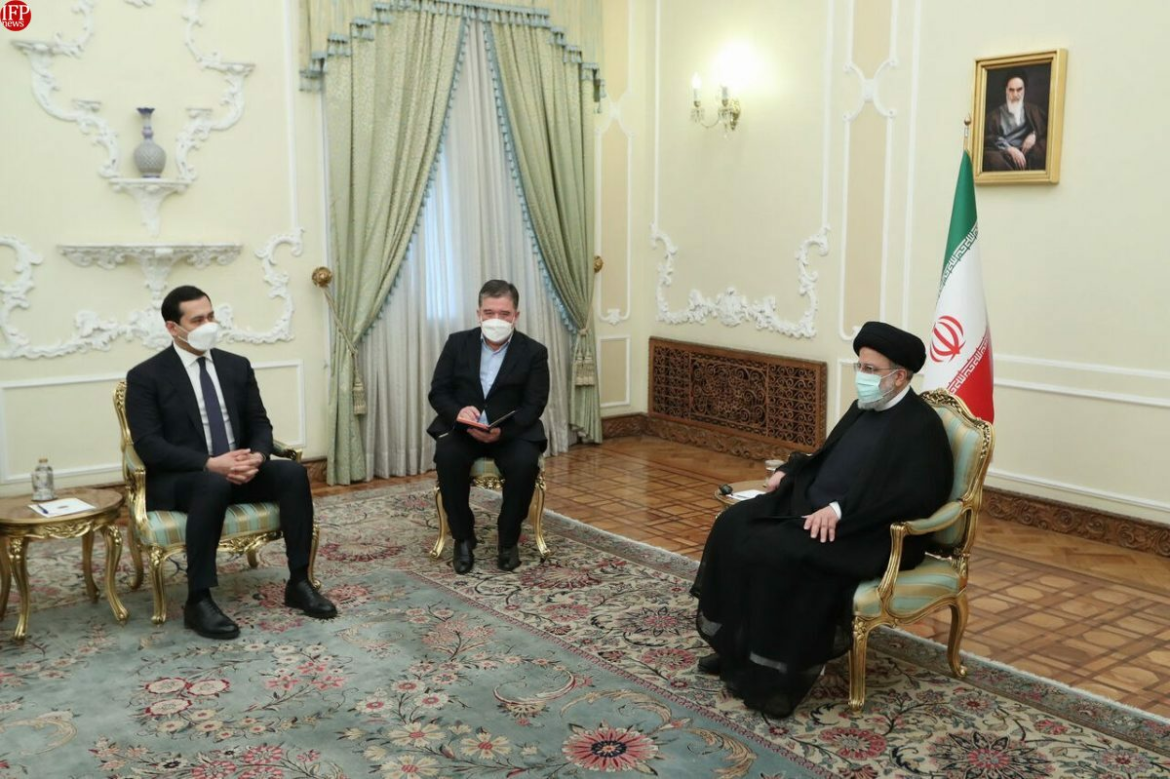 In a meeting on Sunday with Uzbekistan’s visiting Deputy Prime Minister and Minister of Investment and Foreign Trade Sardar Omar Zakov, Raisi highlighted the vast potentials for cooperation between the two states, especially in the areas of economy, agriculture, industry, transit, energy and tourism.

He said the mutual capacities and resources could be used to advance the interests of the two nations and other regional countries.

There is a “political will” in both countries to deepen relations in all areas “and we are resolved to take great steps toward the development and prosperity of the two states by activating all the capacities,” Raisi added.

“Tehran welcomes an increasing expansion of relations with all Central Asian states, particularly Uzbekistan, and sees no limit to this issue,” the president said.

For his part, the Uzbek deputy premier said his country was seeking the enhancement of ties with Tehran in economic and cultural spheres.

The official said Tashkent began work to draw up a road map for the enhancement of ties with Tehran shortly after a meeting between the presidents of the two countries in November 2021.

He said a high-ranking delegation of economic officials and businessmen were accompanying him during his trip to Tehran so that they can study ways to bolster bilateral ties and operationalize the roadmap.