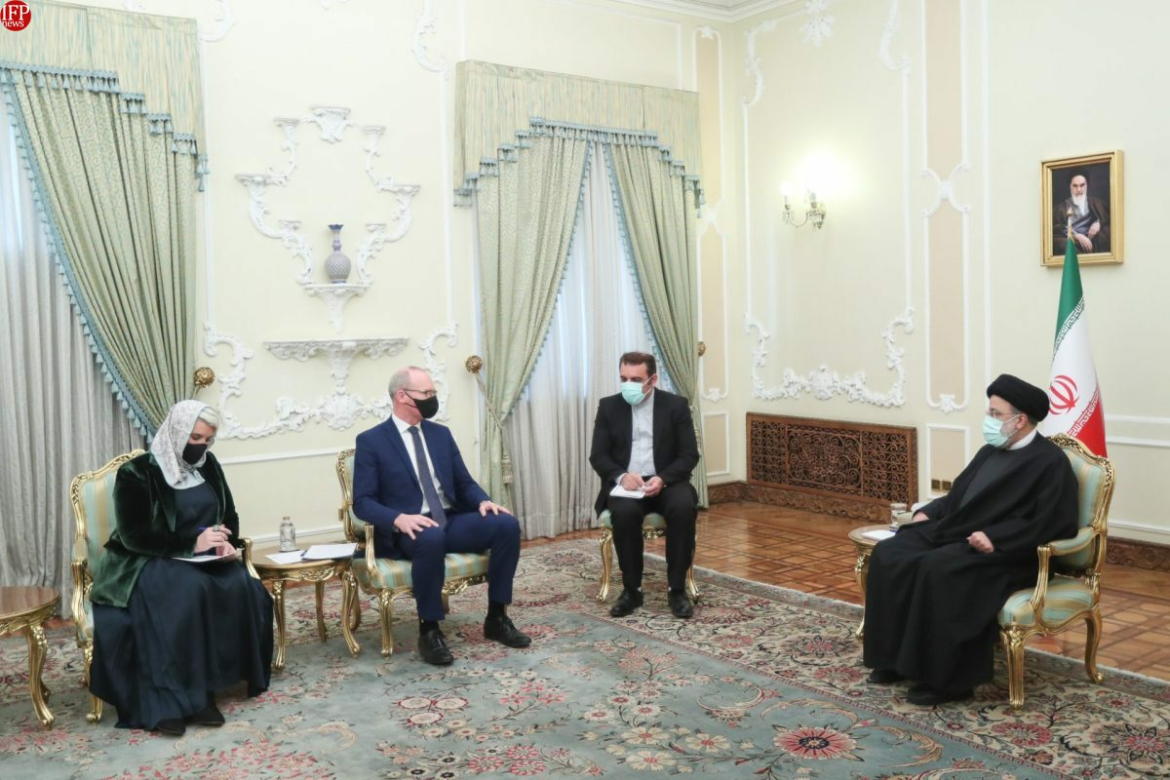 He was speaking during a meeting with Irish Foreign Minister Simon Coveney in Tehran on Monday.

Raisi said Iran demands necessary guarantees in the talks before the revival of the 2015, nuclear deal, JCPOA.

He also added the main prong of his administration’s foreign policy is to protect the interests of nations and mutual respect.

On ties with Ireland, Raisi said that Tehran and Dublin have huge potentials to expand their ties in different fields including trade. Referring to the cooperation capacities of the two countries in various sectors, including energy, science and technology, industry and agriculture, Raisi said the volume of trade between Iran and Ireland can be much higher than the current level.

The Irish foreign minister also stressed that his country attaches special importance to the development of relations with Iran.

Hr said, “We believe we are at a strategic stage in our relations with Iran and want to develop and improve the level of ties.” Coveney also said Dublin wants to reopen its embassy in Tehran.

He also spoke of the JCPOA.

“Ireland believes that the Iranian people are disillusioned and have no trust in the nuclear negotiations because of the US failure to keep its word,” said the Irish foreign minister.