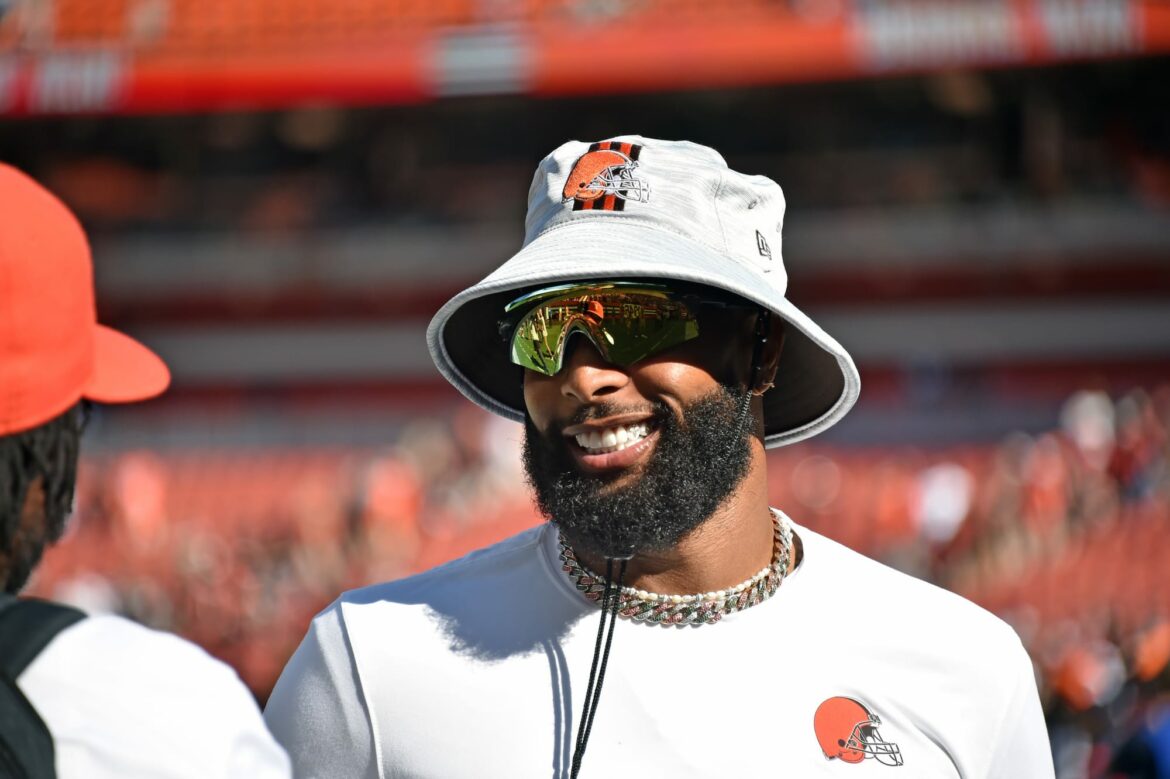 CLEVELAND, OHIO – SEPTEMBER 19: Wide receiver Odell Beckham Jr. #13 of the Cleveland Browns jokes with teammates on the sidelines during the second half against the Houston Texans at FirstEnergy Stadium on September 19, 2021 in Cleveland, Ohio. (Photo by Jason Miller/Getty Images)

The Los Angeles Rams were already a Super Bowl-or-bust team prior to Thursday night. They further solidified it after they signed wide receiver Odell Beckham Jr., just days after he was released by the Cleveland Browns.

At the time of the Rams’ announcement, all that was known is that it was for the remainder of the 2021 season. There were no financial details revealed at the time. That all changed on Thursday night, courtesy of NFL Network insider Ian Rapoport.

According to Rapoport, Beckham signed a one-year deal worth up to $4.25 million. Specifically, Beckham earned a $500,000 signing bonus and will make $750,000 for the remainder of the season. From there, the remaining $3 million is based on team-incentives for how they finish the regular-season and playoffs. One of the incentives is $500,000 for Beckham if the Rams win the Super Bowl this year.

Odell Beckham Jr wanted to be a free agent and he was willing to give up money to do it. Based on team achievements — the last of which is $500K with a Super Bowl win — he can earn more with the #Rams than he was due with the #Browns. https://t.co/ZlO4WVtWIg

As Beckham and the Browns were negotiating a release, the team voided the final two-years remaining on his deal. With that, he would have become a free agent at the end of the year if he had been claimed off waivers on Tuesday afternoon. That was not the case, as Beckham listened to offers from interested teams and chose to sign with Los Angeles.

With this deal, Beckham has the chance to contend for the Lombardi Trophy this season, and will hit free agency at the end of the season.