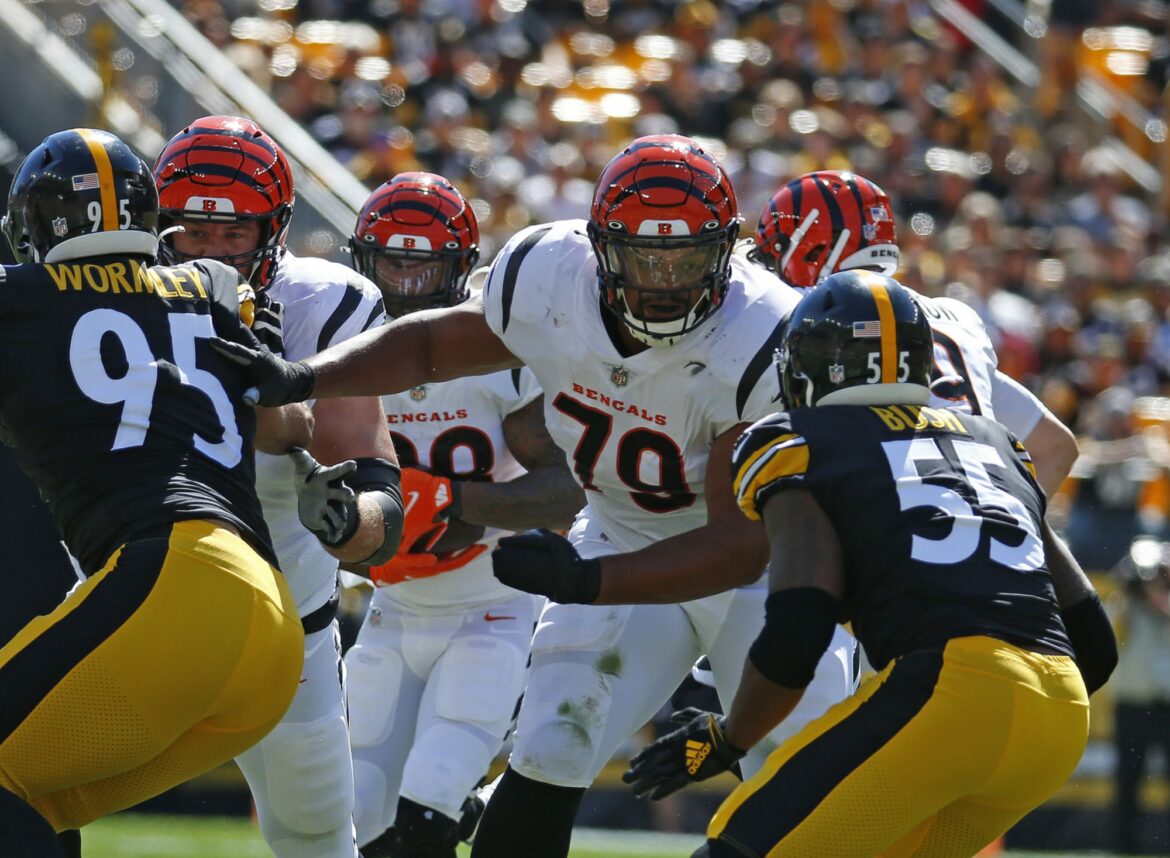 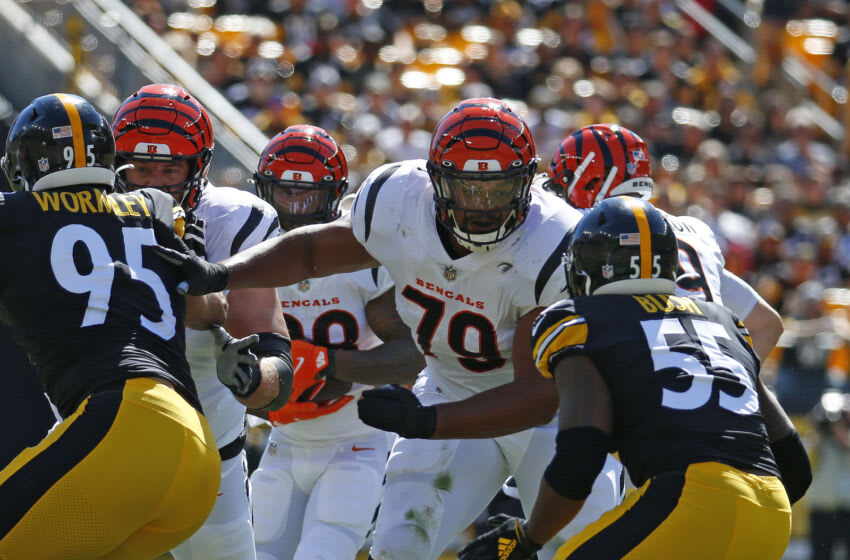 PITTSBURGH, PA – SEPTEMBER 26: Jackson Carman #79 of the Cincinnati Bengals in action against the Pittsburgh Steelers on September 26, 2021, at Heinz Field in Pittsburgh, Pennsylvania. (Photo by Justin K. Aller/Getty Images)

Classic rivalries like Packers-Bears and Giants-Cowboys help make the NFL great. Here’s how the 25 best NFL rivalries of all-time rank.

One of the things that makes the NFL great is its tremendous rivalries. Fans can always look forward to excellent theater when two bitter rivals meet on the gridiron, such as the annual bloodbath between the Pittsburgh Steelers and Baltimore Ravens or any NFC East showdown’s epic stakes.

How do the NFL’s rivalries compare to each other? Let’s break down the 25 most impactful rivalries in the history of the league, beginning with a good old-fashioned AFC North showdown.

This rivalry was born in 1970 when the Steelers moved to the AFC, joining the Bengals in the Central Division. It has been heavily weighted towards Pittsburgh through the years, with the Steelers dominating the struggling Bengals thanks to the Steel Curtain era dynasty of the 1970s.

The tables turned in the 80s when Cincinnati became a powerhouse in the Central, advancing to two Super Bowls and picking up the most lopsided victory in the rivalry by wallopping the Steelers 42-7 in 1988. The close proximity of the two cities has certainly contributed to the heated nature of this rivalry since the teams are only five hours apart, leading to plenty of Steelers’ fans surfacing in Cincinnati over the years.

The Bengals’ futility in the 1990s dialed back the intensity of the rivalry but Cincinnati’s resurgence in the mid-2000s helped a new generation experience the intensity of hating the Steelers. The only two playoff meetings between these franchises have come in Cincinnati, with the Steelers winning each contest in memorable fashion.

That 2005 postseason meeting saw Carson Palmer tear his ACL on a dirty tackle from Steelers’ defensive tackle Kimo Von Oelhoffen while the 2015 game saw the Bengals blow a late lead when a series of personal foul calls helped set up Pittsburgh with the winning field goal attempt. Cincinnati has actually won the last two meetings between the teams, including a 24-10 win at Heinz Field earlier this season, setting the stage for a new era in the Steelers-Bengals rivalry.