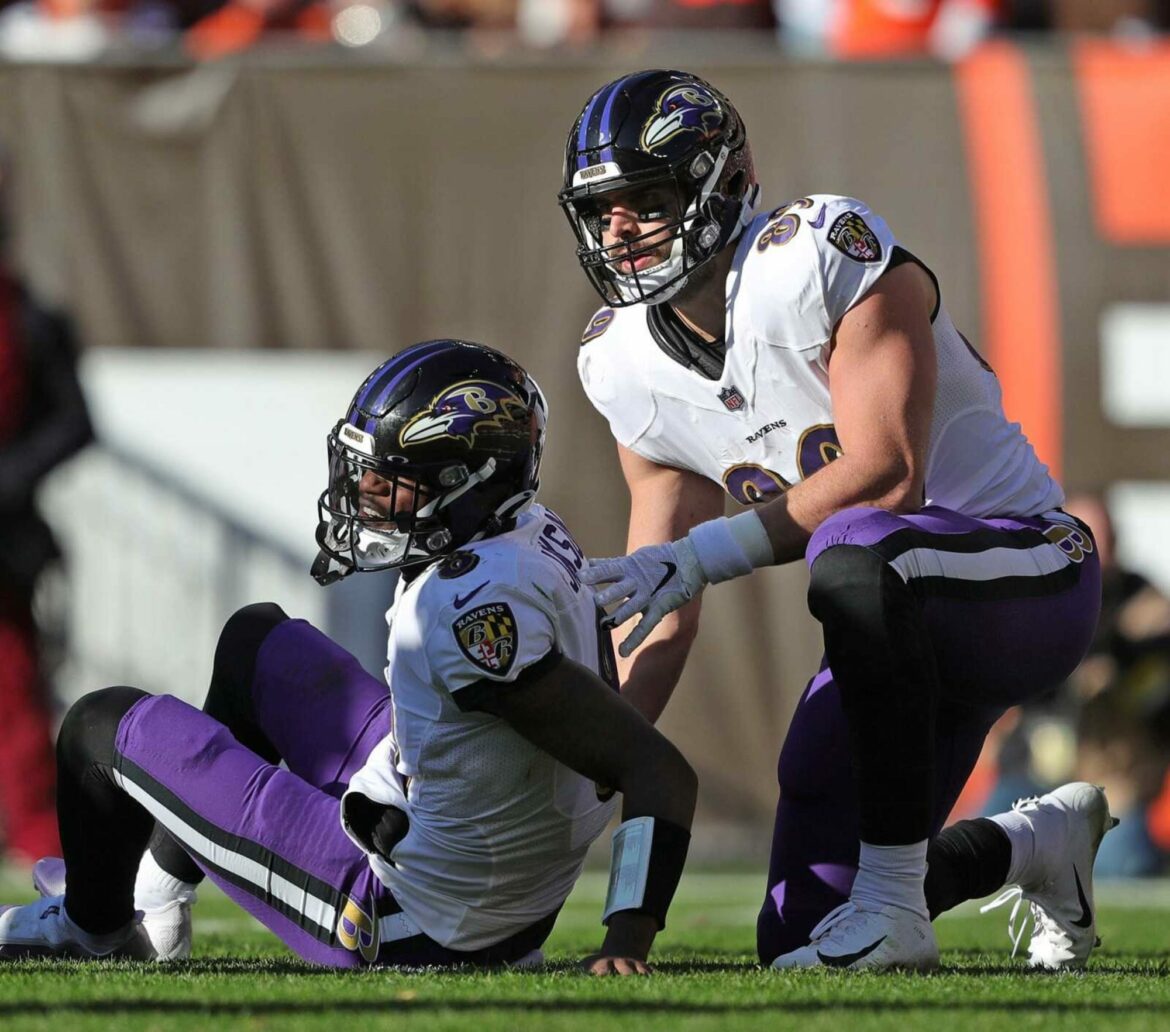 After dropping two games in a row to division rivals, the Baltimore Ravens are hoping star quarterback Lamar Jackson can return in time for their big home game on Sunday vs. the Green Bay Packers.

Though their most recent defeats at the hands of the Pittsburgh Steelers and the Cleveland Browns were by a combined three points, Baltimore is not making the AFC playoffs without Jackson under center. Fortunately for Ravens Flock, head coach John Harbaugh provided a positive update regarding the health of his team’s most important player. Jackson might play on Sunday.

If the Ravens drop Sunday’s home game to Green Bay, Baltimore could potentially drop four in a row, as they have to have another division rival the Cincinnati Bengals the following week on the road.

Ravens coach John Harbaugh said the plan right now is “for Lamar to be out there” Sunday against the Packers.

Lamar Jackson sprained his right ankle Sunday and left the stadium in a protective boot.

With the plan being to have Jackson out there on Sunday vs. Green Bay, it gives the Ravens hope. Otherwise, it would have to be Tyler Huntley under center for Baltimore. While Huntley has played well at times this season, he is no match for going up against Aaron Rodgers, even if this mid-December game is at M&T Bank Stadium. Without Jackson, Baltimore will lose three in a row.

Given that Jackson’s injured right ankle was placed inside of a protective boot, it would be totally understandable if he does not take a snap in practice this week. That way, Huntley will get all the reps with the first team in case he is the one who has to go for Baltimore. Look for Harbaugh to keep this as close to the vest as he can heading into Sunday’s mid-afternoon date vs. Green Bay.

Baltimore may be 8-5 on the season, but the entire AFC North is separated by only 1.5 games.