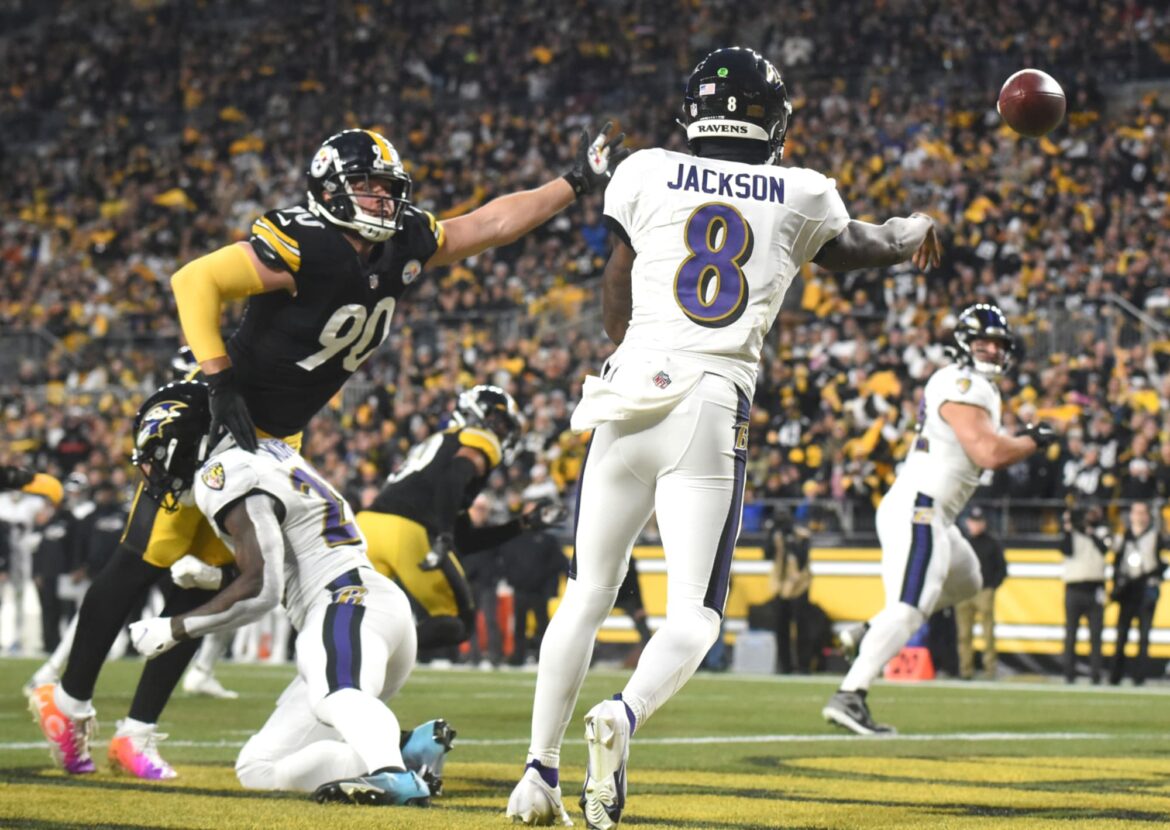 The Baltimore Ravens drop a game to the Pittsburgh Steelers, surrendering their spot on top of the AFC to the New England Patriots.

The Baltimore Ravens have been the AFC’s top seed at times this season, starting the year on top, then switching back and forth with the Tennessee Titans, and holding that spot solo the last couple of weeks.

Now, with a loss to the Pittsburgh Steelers, the Ravens have fallen to 8-4 and have surrendered that spot in the bracket, unlikely to regain it.

The New England Patriots, also 8-4, take the top seed currently but could lose that spot in about 24 hours. The Patriots match up with the Buffalo Bills on Monday Night Football, and the winner of that game will take the top seed. However, neither of those teams seems likely to hold that spot, with both teams’ remaining schedules loaded with contenders.

No one in the NFL has secured a playoff spot yet, and it will still be several more weeks before anyone secures the top seed in the AFC. If the Chiefs beat the Broncos in Sunday Night Football, there will be a four-way tie for the top seed in the AFC. Through tiebreakers, the standings will remain exactly the same as they are now, but there are still five weeks of football left for them to change in.

The Titans, who have one of the easiest remaining schedules of the divisional leaders, have been falling apart since the likely season-ending injury to Derrick Henry. The Patriots still play the Bills twice as well as the Colts. The Bills play the Patriots twice and the Buccaneers.

The Chiefs are currently rolling, but they still have four divisional games remaining, as well as games against the Steelers and Bengals. The Ravens have the roughest remaining schedule of divisional leaders, scheduled to still play the Browns, Packers, Rams, Steelers, and Bengals.

The AFC playoff race is wide open and there is quite a bit more movement expected in the final five weeks.