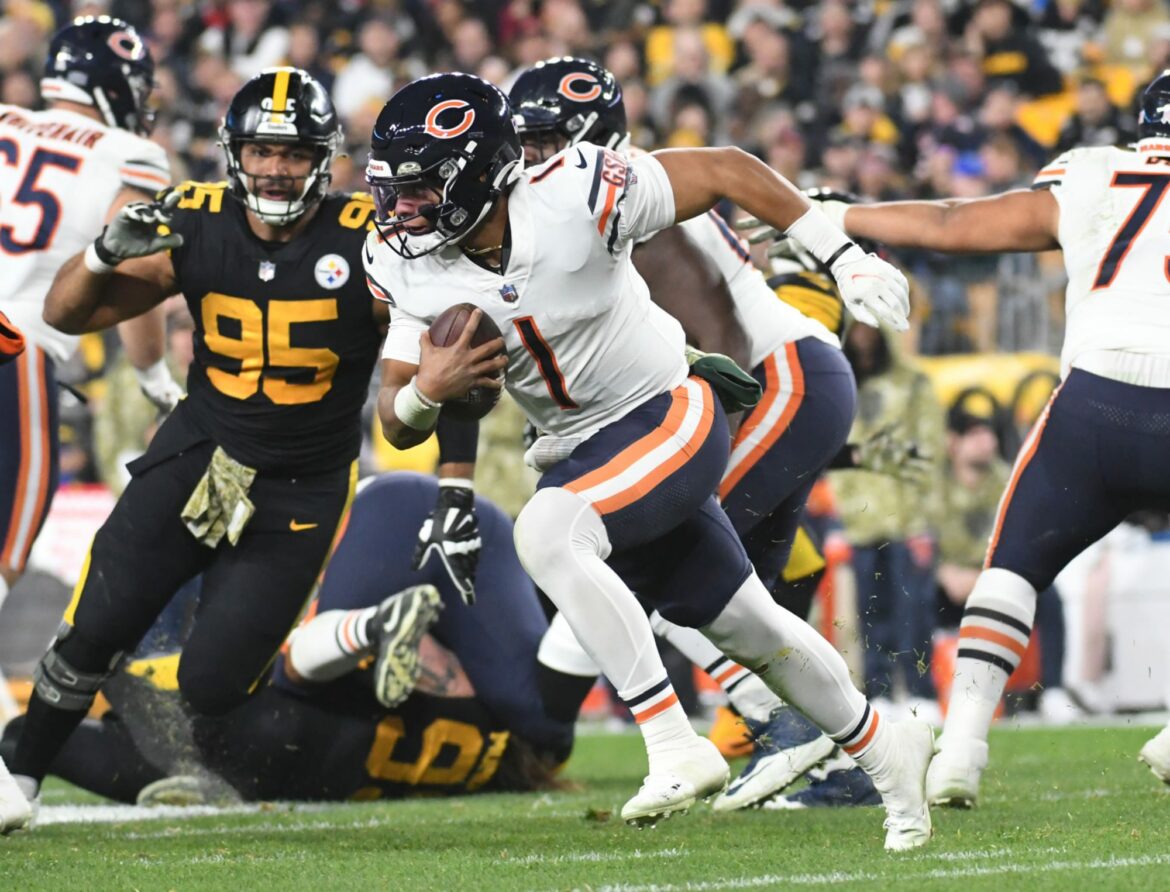 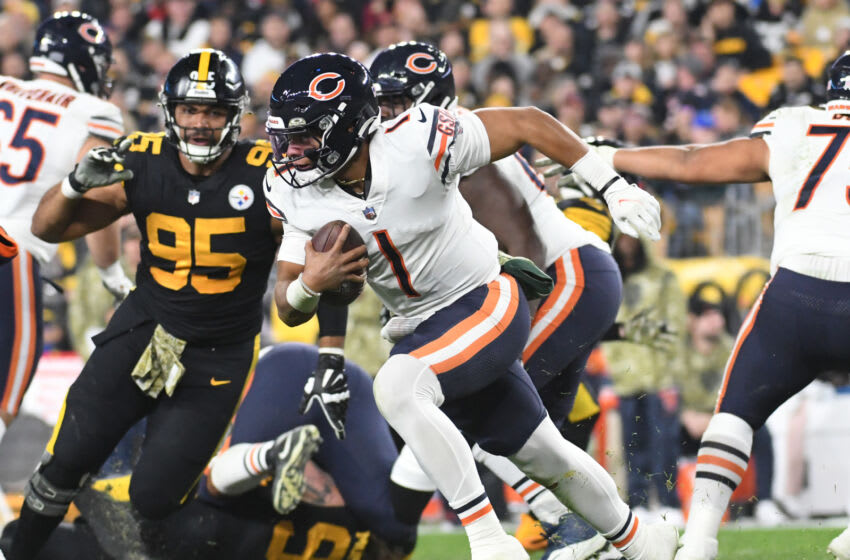 In the Monday Night Football game between the Bears and Steelers, Justin Fields took a vicious late hit and the referees just stood there.

The refs on Monday Nigh Football must have something against Bears quarterback Justin Fields.

They seemed perfectly content to watch him get absolutely crushed with no penalty.

Fans couldn’t believe their eyes when this particular blindside hit didn’t draw a flag even though Fields was hit well after he released the ball.

Justin Fields robbed on a TD, then gets hit TWICE on plays that should have been roughing the passer.

Unreal how unlucky he has been this season so far, yet continues to play real well.

That one is cut and dry. If you look up “roughing the passer” in the NFL rule book, they could include a diagram of that play.

People would take the league’s emphasis on protecting quarterbacks more seriously if that kind of hit was called correctly.

Instead, fans get to watch that hit on Fields go unpunished a day after watching Titans quarterback Ryan Tannehill draw a completely ridiculous roughing penalty for a light shove.

The inconsistency is infuriating. It shouldn’t be this hard to get things right.

In this case, it might have also hurt the Bears chances of completing a comeback against the Steelers. Chicago had to settle for a field goal on that drive, which should have been extended by the roughing penalty. A touchdown could have made it 14-10. Instead, the kick made it 14-6 and Pittsburgh scored a touchdown on their next drive.