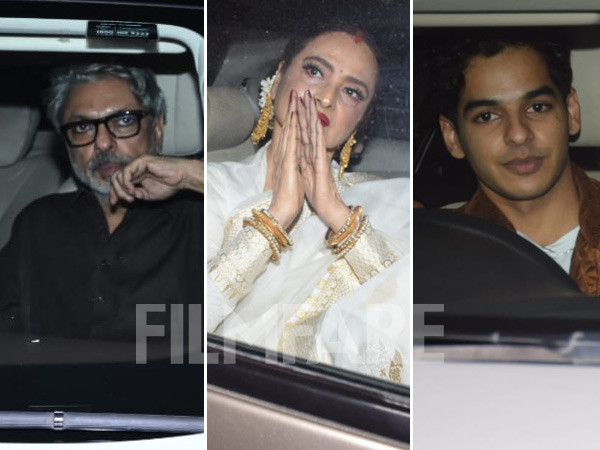 A special screening of Gangubai Kathiawadi was organised by the makers ahead of the movie’s release. The screening was attended by several well-known people from the industry. The director of the movie, Sanjay Leela Bhansali was snapped arriving at Yash Raj Studios, Andheri, Mumbai, to attend the screening. Other than the legendary director, veteran actor Rekha was also seen arriving for the screening. As always the actor aced her classic look by donning a beautiful white silk saree. Rekha also greeted the paparazzi as she was snapped sitting in her car. Not just the veterans, but the Gen Z actors also attended the screening. Gehraiyaan actor Ananya Panday arrived at the studio with her Khaali Peeli co-star and rumoured boyfriend Ishaan Khattar in the same car.