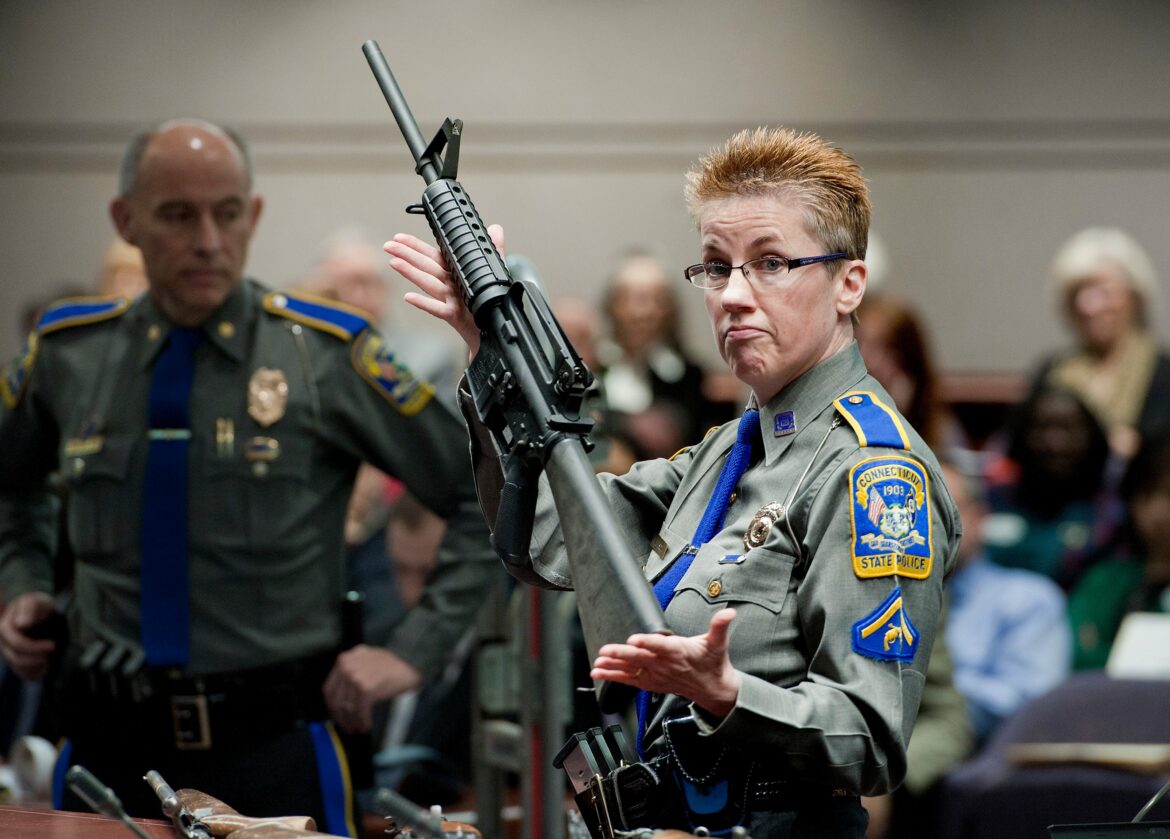 Families of nine victims of the Sandy Hook Elementary School massacre agreed Tuesday to a $73 million settlement against the maker of the gun used in the deadly 2012 shooting.

The settlement follows several years of litigation with Remington Arms, the maker of the Bushmaster AR-15-style rifle that was used to kill 20 first graders and six teachers at the elementary school in Newtown, Connecticut.

Nicole Hockley, whose son Dylan was one of the first graders killed, called the settlement a “landmark, historic victory.” Hockley is also the co-founder and CEO of Sandy Hook Promise Foundation, a nonprofit focused on gun violence prevention founded by family members of Sandy Hook victims.

“The gun industry has been shielded from being held accountable for their part in these tragedies,” she said at a Tuesday news conference. “Today, that changes.”

Four insurers for Remington, which has filed for bankruptcy twice in two years, have agreed to pay the $73 million.

As part of the settlement, Remington also agreed to allow the families to release documents they obtained during the lawsuit, including ones that show how the gunmaker marketed the weapon, said Joshua Koskoff, the lead attorney representing the families.

Hockley said the families “can’t wait” to release the thousands of internal documents they obtained, which she said “paint a picture of a company that lost its way choosing more aggressive marketing campaigns for profit, with no thought to the impact.”

“From the beginning, it was not about money,” Koskoff said. “It was about getting answers, learning about these decisions.”

He added: “The linchpin of this settlement is that it allows these families the right to share the information as to what they learned.

The lawsuit tested the scope of a federal law that grants gun manufacturers broad immunity from lawsuits stemming from crimes committed with their products.

The civil court case in Connecticut hinged on how Remington marketed the rifle, accusing the gunmaker of targeting young, at-risk men through product placement in violent video games and ads, including one that used the phrase “Consider Your Man Card Reissued.”

The victims’ families argued Remington violated Connecticut’s unfair trade practices law when it “knowingly marketed and promoted the Bushmaster XM15-E2S rifle for use in assaults against human beings,” according to the lawsuit.

“The marketing essentially glorifies violence and the military use of the weapon to young men,” Koskoff previously told USA TODAY.

Remington’s lawyers denied the allegations in court and argued that there was no evidence to show Remington’s marketing had anything to do with the shooting.

Remington did not respond Tuesday to requests for comment.

The U.S. Supreme Court declined to hear the case after it had already taken multiple turns, including bouncing from a state superior court to the state Supreme Court and back.

The case was closely watched by gun manufacturers, as well as gun legislation experts who said the suit could shatter long-held perceptions about gunmakers’ ability to resist lawsuits related to criminal use of guns they make. Experts have also told USA TODAY the litigation may provide a rare glimpse into how a gunmaker markets it products and shift national conversations about gun violence to center on the marketing of guns.

“The immunity protecting the gun industry is not bulletproof,” he said.