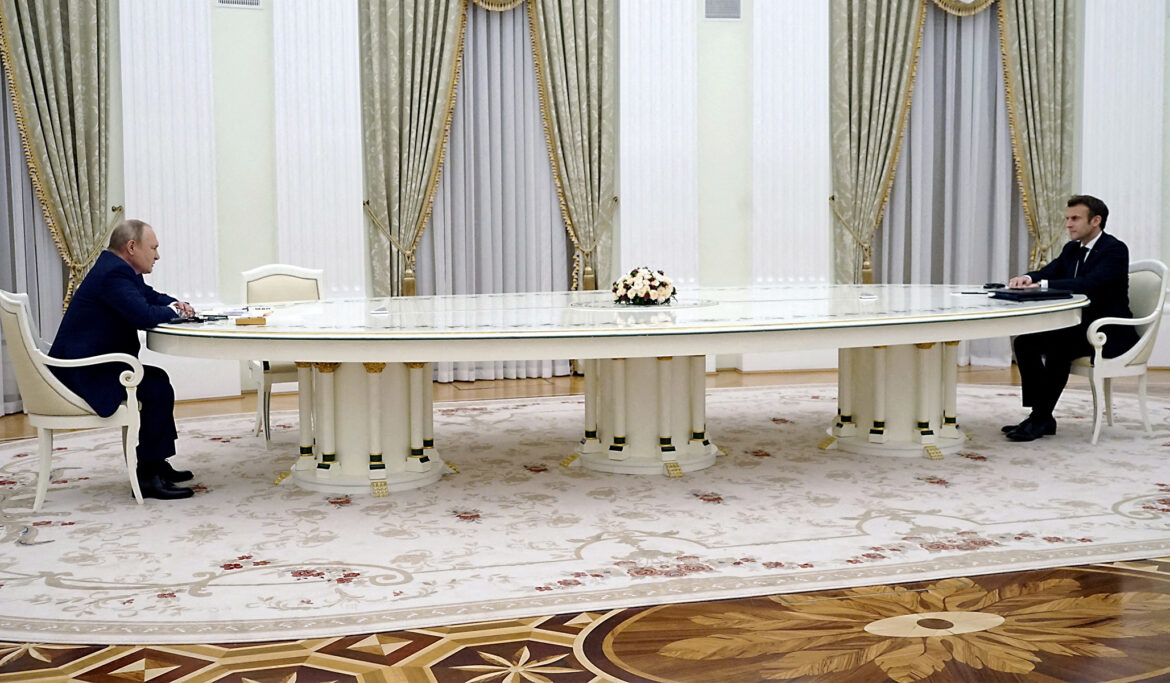 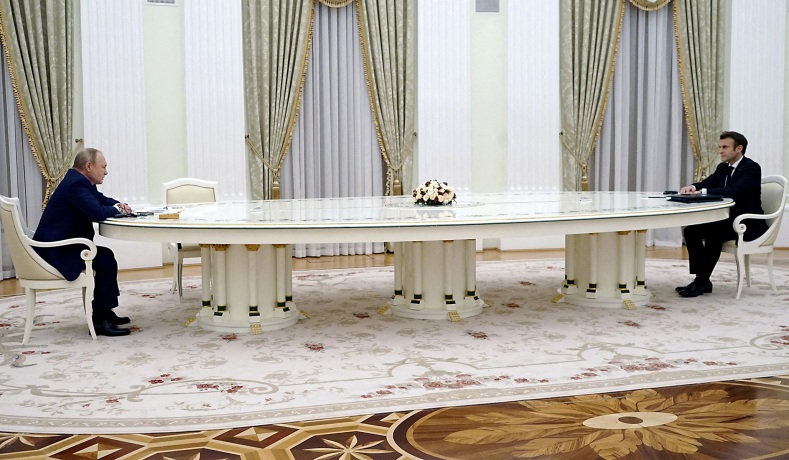 “We knew very well that meant no handshake and that long table. But we could not accept that they get their hands on the president’s DNA,” said one French official.

French president Emmanuel Macron rebuffed the Kremlin’s demand that he take a Russian Covid-19 test before meeting with Russian president Vladimir Putin this week because French officials did not want Russia to have Macron’s DNA, according to a new report from Reuters.

Two sources close to Macron told Reuters that the French president’s refusal to submit to the test was the reason the two leaders sat at opposite ends of a 13-foot table while discussing Ukraine on Monday.

The sources said Russian officials told Macron he could either take a PCR test performed by Russian authorities and be allowed to get close to Putin, or refuse and be forced to follow strict social distancing protocols.

“We knew very well that meant no handshake and that long table. But we could not accept that they get their hands on the president’s DNA,” one of the sources told the outlet.

Instead of the Russian-administered test, a source told Reuters Macron took a French PCR test before departure and an antigen test was performed by his own doctor upon arriving in Russia.

“The Russians told us Putin needed to be kept in a strict health bubble,” the source said.

Reuters noted that Putin met with Kazakh President Kassym-Jomart Tokayev in close quarters just three days later. The two leaders shook hands and were separated only by a small coffee table when they met on Thursday.