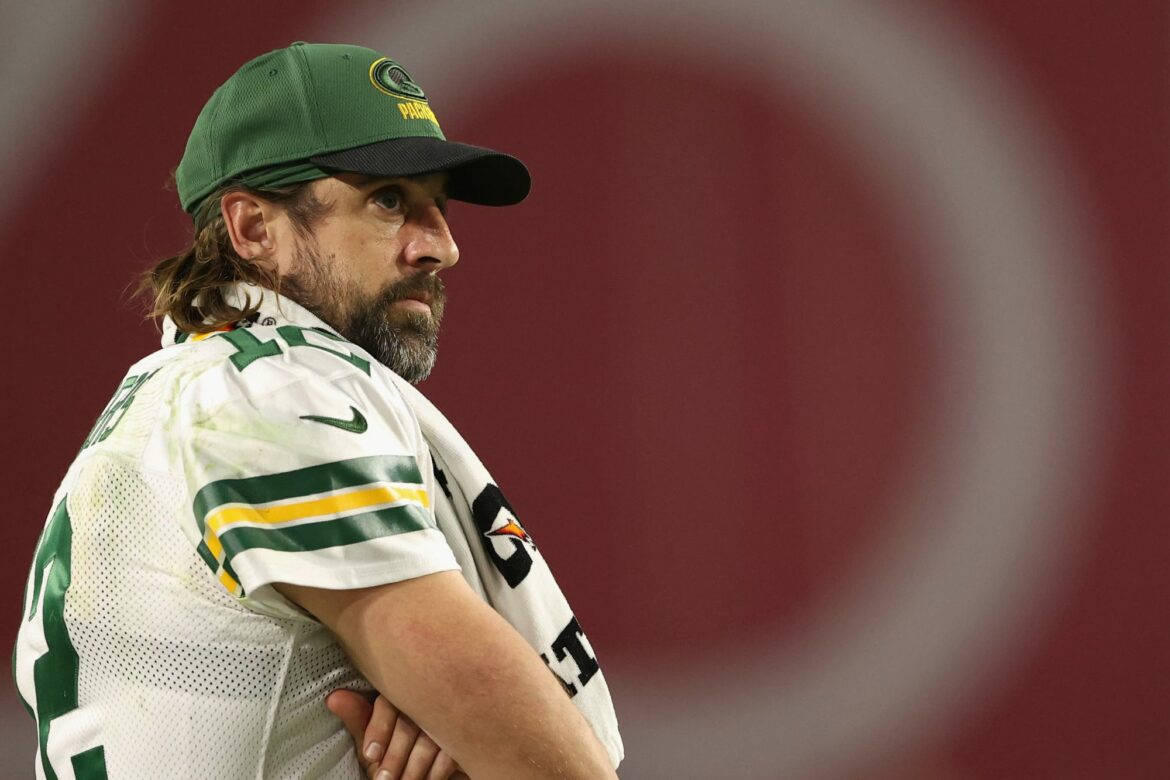 The NFL may end up punishing Aaron Rodgers not for lying about his vaccine status but for breaking COVID protocols over Halloween.

Aaron Rodgers might not be willing to receive the COVID vaccine, but he revealed this week that he’s injected himself with just about every cockamamie conspiracy theory surrounding it.

Rodgers will miss Sunday’s game against the Kansas City Chiefs after being forced to sit out a mandatory 10-days for testing positive for COVID-19 but not being vaccinated against it. This kicked off a week that cratered his public persona (or revealed what we’ve all been too gullible to see) and spiraled the discourse into further chaos.

If you thought we had reached the peak of the Aaron Rodgers COVID drama, think again.

According to Ian Rapoport, the league is looking into fining both Rodgers — and asking the Packers to fine him as well — over the Halloween party if it’s determined that COVID protocols were broken.

Under the jointly negotiated NFL-NFLPA COVID-19 protocols — which Rodgers strongly criticized in a Friday appearance on The Pat McAfee Show, saying “some of the rules are not based in science at all” — Rodgers faces potential fines from the club or the league for appearing maskless at press conferences and attending a Halloween party with many teammates. And sources say the NFL is looking into both

Buckle up folks, this ride is about to get even bumpier.

The NFL is sitting on a potential powder keg with the Rodgers situation, one that if it explodes they can blame themselves as much as everyone else involved.

Rodgers has been adamant that the league knew about his vaccination status from the start, meaning the league was allowing Rodgers to make in-person appearances with the press despite unvaccinated players around the league being forced to use Zoom meetings for health and safety reasons.

If the league drops the hammer on Rodgers and the Packers now, the optics will once again make it appear as though the league only took action once things it already knew about became public knowledge. This would come on the heels of a similar situation in which the league knew about racist emails that were shared between Jon Gruden and current league executives but didn’t do anything until the emails were leaked to the public.

This is a recurring theme with the NFL.

That’s where the line is on whether or not the league has the guts to do anything about this. If they fine Rodgers, they will be going to war with one of it’s biggest stars who seems unafraid to kamikaze his career for the self satisfaction of feeling like he won the argument.