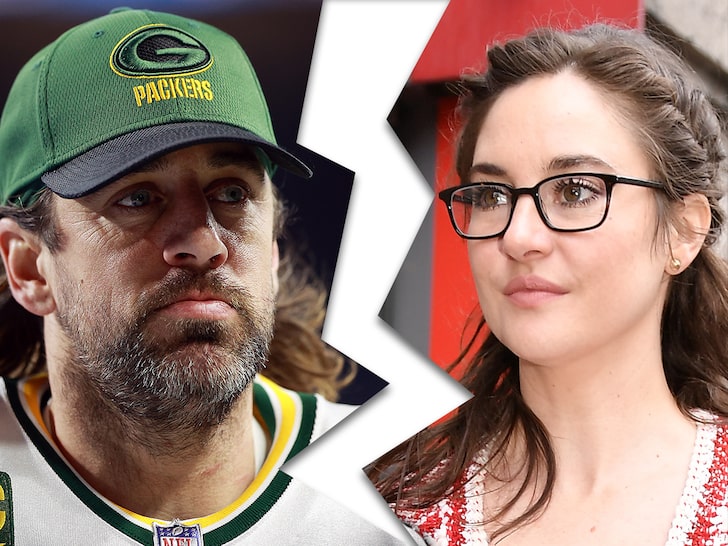 Quoting an “insider,” celebrity site In Touch reports that Rodgers “put football first” and neither he nor Woodey were happy. That publications also said Rodgers, 38, got cold feet as his wedding day with the 30-year-old “Ending, Beginnings” actress approached. The pair announced their engagement one year ago.

Whether or not football will continue to be a priority for the unvaccinated Rodgers is uncertain. The four-time NFL Most Valuable Player has not announced whether he’ll play next year or retire. He recently said he could make that decision by the end of the month. Rodgers has spent his entire career with the Packers since entering the NFL in 2005. He was named the 2022 MVP last week.

Woodley stood by Rodgers when he contracted COVID-19 in November after claiming he’d been immunized. Rodgers, who had not been vaccinated, was forced to miss a game against the Kansas City Chiefs, which accounted for one of his team’s four regular season losses.

They won 13 games and finished first in their conference before being upset at home in the playoffs. During his time away from the team, a photo of a man walking around Los Angeles who some people believed was Rodgers began making the rounds online.

“I know Aaron’s body VERY well,” Woodley wrote on Instagram, denying the picture was of her beau. “First off, his feet, ahem and no offense to this random dude, are a LOT bigger. ;).”