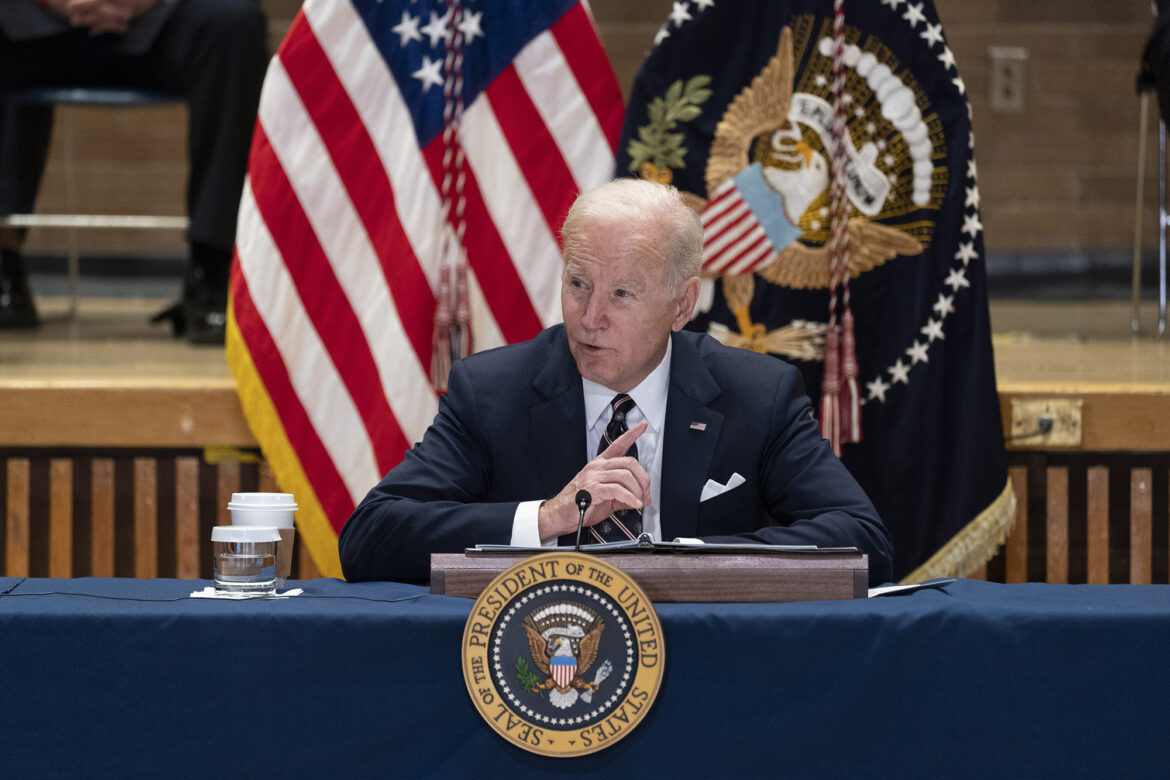 They see a “crack” in the armor.

Republican party strategists are champing at the bit for the 2022 midterm elections, eager to hammer Dems over a growing list of off-the-wall woke initiatives — the latest a reported plan by the Biden administration to provide “crack pipes” in “smoking kits” to drug addicts.

“It’s proof Democrats will embrace any idea, no matter how insane, provided it comes prepackaged, no matter how tenuously, in the rhetoric of racial equity,” said GOP strategist Luke Thompson.

The pipes were to be distributed in “smoking kits/supplies” by nonprofits and local governments with funding by a grant by the Department of Health and Human Services to drug users in black and other “underserved communities,” the Washington Free Beacon reported. An agency spokesperson told the outlet that the kits would provide pipes for users to smoke crack, crystal methamphetamine, and “any illicit substance,” it reported.

“Unsafe smoking practices can lead to open sores, burns and cuts on the lips, and can increase the risk of infection among people who smoke drugs,” agency spokesman Chris Garrett told The Beacon. “Safe smoking kits have been identified to reduce the spread of disease.”

“In 100 years America went from a chicken in every pot to a crack pipe in every house,” said GOP consultant Ryan Girdusky — who said he expected midterm candidates to drive home the issue and cite as proof that President Biden has embraced a far-left agenda.

“They’re going to tell [voters] ‘sorry about the rampant inflation and insane crimes and broken border, but hey, here are some crack pipes.’ That’s the Biden administration’s response,” Girdusky said.

The Biden White House claimed the reporting was false and that they never intended to distribute pipes. The Free Beacon said its report was based on emailed correspondence with HHS.

Curtis Sliwa, the city’s most recent Republican nominee for mayor, said, “If Eric Adams had been advocating this I would have said he was in a drug-induced psychosis. What’s next? You going to give them the rocks of crack cocaine to smoke? This will outrage the taxpayers and citizens. It drives them out of their minds to even think of that.”

The Biden policy clarification even took some progressives by surprise, with allies such as the Drug Policy Alliance accusing the administration of “backtracking” and called losing the kits a “missed opportunity.”

“[President Biden] must stand firm against misinformation and continue the course to deploy all evidence-based solutions, including all forms of safer smoking supplies, to save lives now,” said the organization’s executive director Kassandra Frederique said in a press release — adding that the pipes were a way to help transition addicts off of more dangerous needles.

The handed-out crack pipes were seen as a way to curb addict’s addictions.AP Photo/Matt York, File

Also high up on the GOP political agenda for 2022 races — critical race theory and transgender athletics.

A Gallup Poll from May found that 62% of Americans believed people should only play on sports teams which match their gender at birth.

The numbers are starkly at odds with Democratic and elite media and tech class messaging on the issue, which have sought to mainstream transgender athletes. Lia Thomas — a biological male, University of Pennsylvania athlete who has lately come to dominate women’s swimming — has emerged as a flash point.

“It is incumbent on Democrats to explain to voters why they feel it is appropriate to distribute free crack pipes and teach preschoolers about gender transition,” said Mike Berg, a spokesman for the National Republican Congressional Committee, the official party arm tasked with electing GOP House members.

Republicans hope to replicate the playbook of Virginia Gov. Glenn Youngkin, who stormed into office on a wave of parental dissatisfaction over education last year, insiders noted.

In New York, ideas inspired by critical race theory have permeated into private schools like Dalton, Spence and Grace Church and have sparked backlash from parents.

“Youngkin and his accomplishment in Virginia have given Republicans nationwide confidence to engage on this issue and be bold in their stances,” said Matt Wolking, a vice president at Axiom Strategies and former top aide to Youngkin’s campaign.

President Biden’s approval ratings have stumbled, with nearly 60% of American disagreeing with his job performance according to a CNN poll. Republicans have grown more and more confident about a blowout midterm night which may net the party 20 or even 30 new seats.

Democrats accused the GOP “of doubling down on a divisive culture war.”

“They’ve got to distract the public from voting against Democrats’ wins for the people; creating millions of jobs building America, getting the pandemic under control, record job growth in President Biden’s first year, and getting our economy back on track.” said Democratic Congressional Campaign Committee spokesman Chris Taylor.