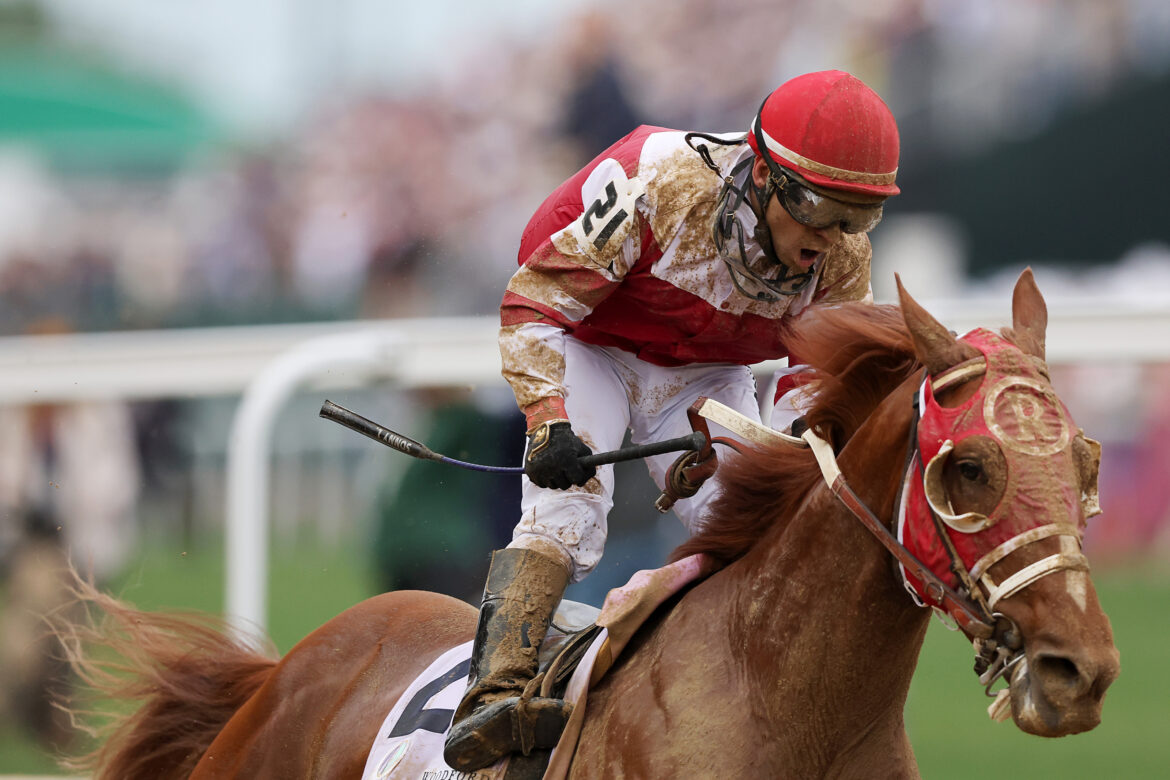 The 148th running of the Kentucky Derby arrived on Saturday, May 7, and it featured one of the biggest upsets in the event’s lengthy history.

Towards the end of the race, Epicenter was in the lead with Zandon pulling ever so closer to the lead. Then, Rich Strike appeared from out of nowhere to take first and win the Kentucky Derby.

Take a look at the finish to “The Race for the Roses.”

Insanity
What a race. This is why you love this sport.

If you thought you were stunned by what transpired from where ever you watched the race, neither could these Twitter users.

Everyone that had Rich Strike down the stretch at 80-1 odds to win the Kentucky Derby pic.twitter.com/iCcXmvoGuY

Rich Strike in the stables after winning the Kentucky Derby pic.twitter.com/gcWstmf2Wy

The genuine surprise when Rich Strike takes the lead makes this an awesome call. https://t.co/5R9mAsWWp3

Rich Strike now gets to bite anybody he wants, them’s the rules. Bite away, champion horse. Bite ‘em all

No one cared who Rich Strike was until he put on the mask.

Rich Strike finding out he was 80-1. pic.twitter.com/DI9c9Wa6yv

Rich Strike holds the distinction of winning the Kentucky Derby with the second-longest odds ever. The only horse to win the race with larger odds was Donerail, who had 91-1 odds back in 1913.

Finishing in second was Epicenter, followed by Zandon finishing in third place. The complete finishing order can be viewed here.