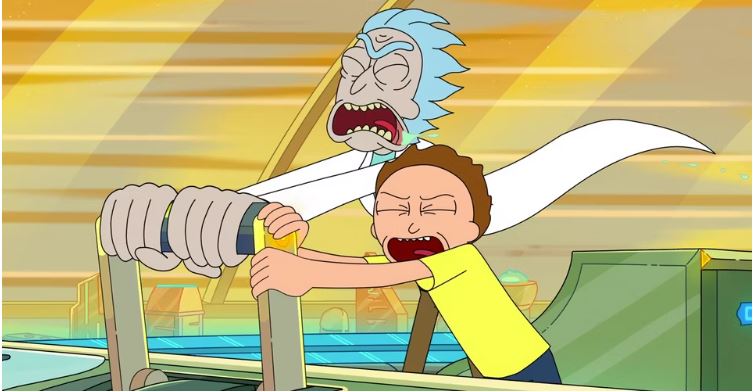 While Adult Swim opted not to follow Justin Roiland’s advice in season 5, Rick & Morty season 6’s release should use the creator’s controversial proposed release schedule for the next outing of the cult hit.

Netflix’s decision to release some shows on a week-by-week basis and drop other series in their entirety in one day has resulted in many streaming services following suit.

Meanwhile, the creation of streaming spinoffs means shows like How I Met Your Father and the CSI revival CSI: Vegas have far shorter debut seasons than their franchise predecessors.

With all of these changes occurring at once, it is understandable that Rick & Morty co-creator Justin Roiland suggested a highly unusual release schedule for season 5 of the cult sci-fi comedy series.

Although Adult Swim didn’t end up taking Roiland’s advice at the time, recent events made the idea seem even more useful and clever than before.

Rick & Morty has unusually long breaks between its seasons, meaning an atypical release schedule could fit the series well.

Roiland argued in interviews throughout the making of Rick & Morty season 5 that the series should release one episode per month, as opposed to one per week, in order to lengthen the amount of time that Rick & Morty spent on the air.

Not only that, but the recent union successes of Rick & Morty’s production crew prove the creatives behind the series need a well-earned break, meaning that shortening the breaks between seasons is not an option. 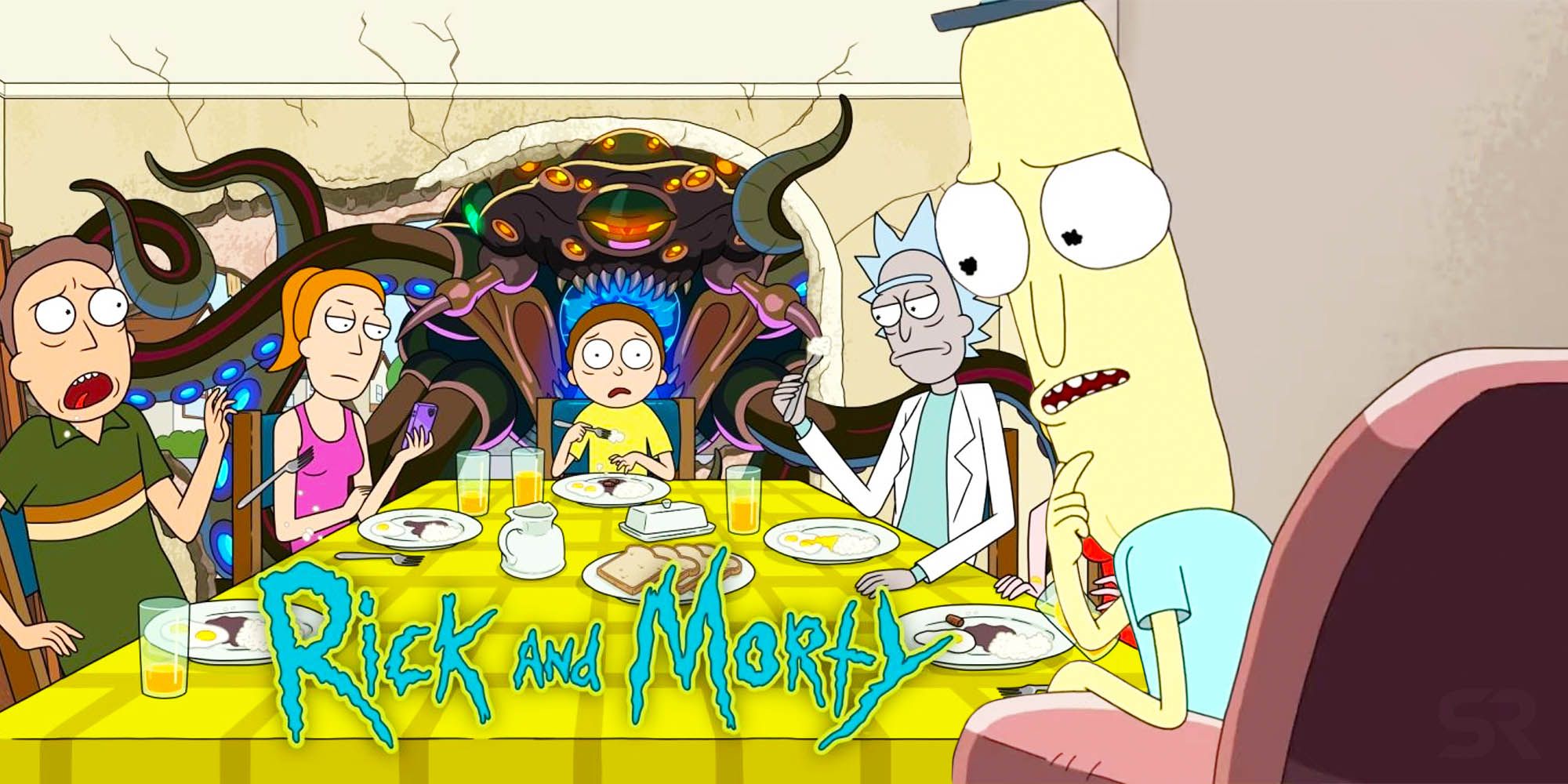 Roland said in numerous interviews before the release of Rick & Morty season 5 that he wanted the show released monthly rather than weekly, primarily so that the long gaps between seasons wouldn’t be as noticeable.

For a frame of reference, if Adult Swim had taken this approach in 2021, Rick & Morty’s ten-episode season 5 would have run from June 2021 until March 2022 instead of June 2021 to September 2021. Admittedly, Rick & Morty season 5’s hated storylines might have aggravated fans further if this model had been utilized, but most of the season’s episodes were critically acclaimed upon release, and even the weaker outings benefitted from repeat viewing.

Rick & Morty is a series that prides itself on stuffing countless gags into each episode and the series spent almost a year building hype between the release of season 5’s first animatic teaser and the show’s season 5 premiere, meaning these longer breaks between episodes would be perfect for Rick & Morty‘s fanbase and production staff alike. 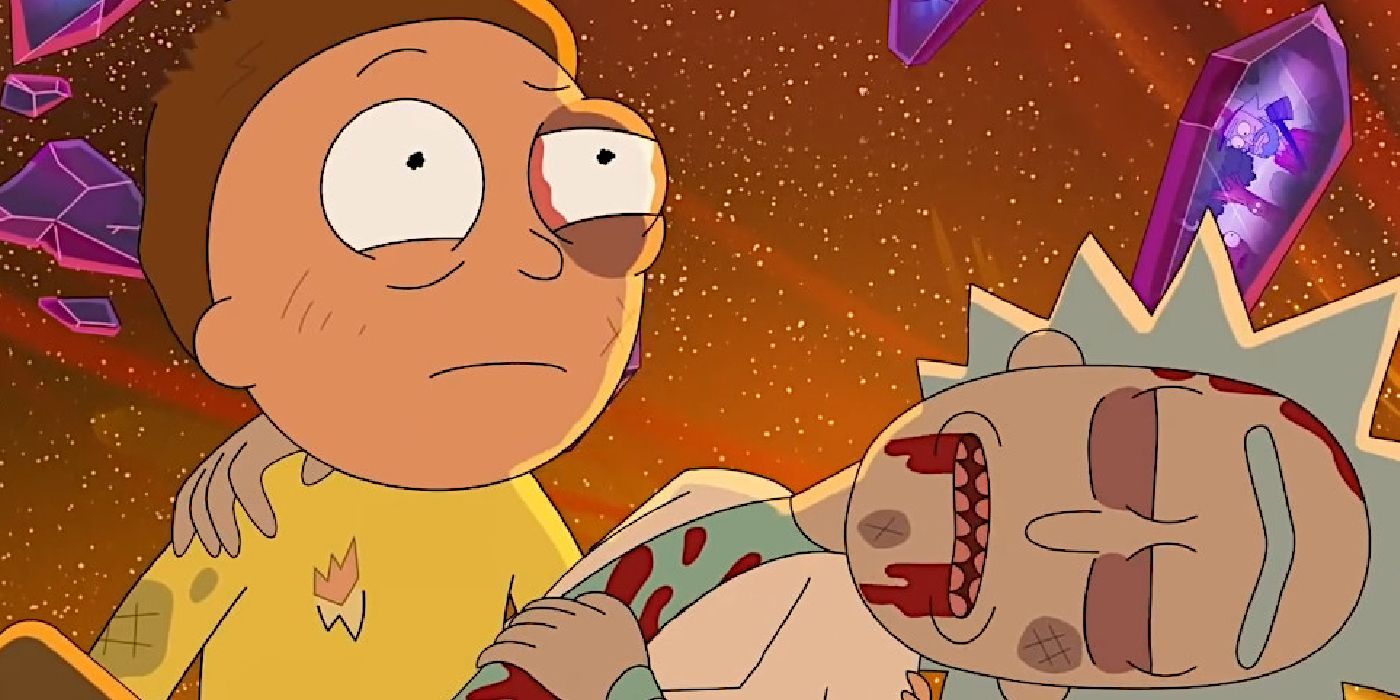 Not only has Rick & Morty always taken lengthy breaks between seasons, but the production workers of Rick & Morty season 6 recently filed to join the Animation Guild in March 2022.

This unionization effort shows that Rick & Morty season 6 is clearly already being produced as fast as possible and, rather than expect more episodes to be finished faster, the studio should release the episodes that it has more thoughtfully.

The Rick & Morty fan base has not loudly objected to the idea of episodes being released monthly yet and the show has attempted ambitious format experiments before, meaning viewers are more likely to go along with the idea than they might be for a more traditional serialized show with less standalone outings.

Adult Swim’s choice to drop an entire 10-episode season in 12 weeks, only to leave viewers waiting another 2 years (or more) wastes the hype that Rick & Morty builds up pre-release, whereas monthly episodes could stretch Rick & Morty’s status as must-see TV for far longer. 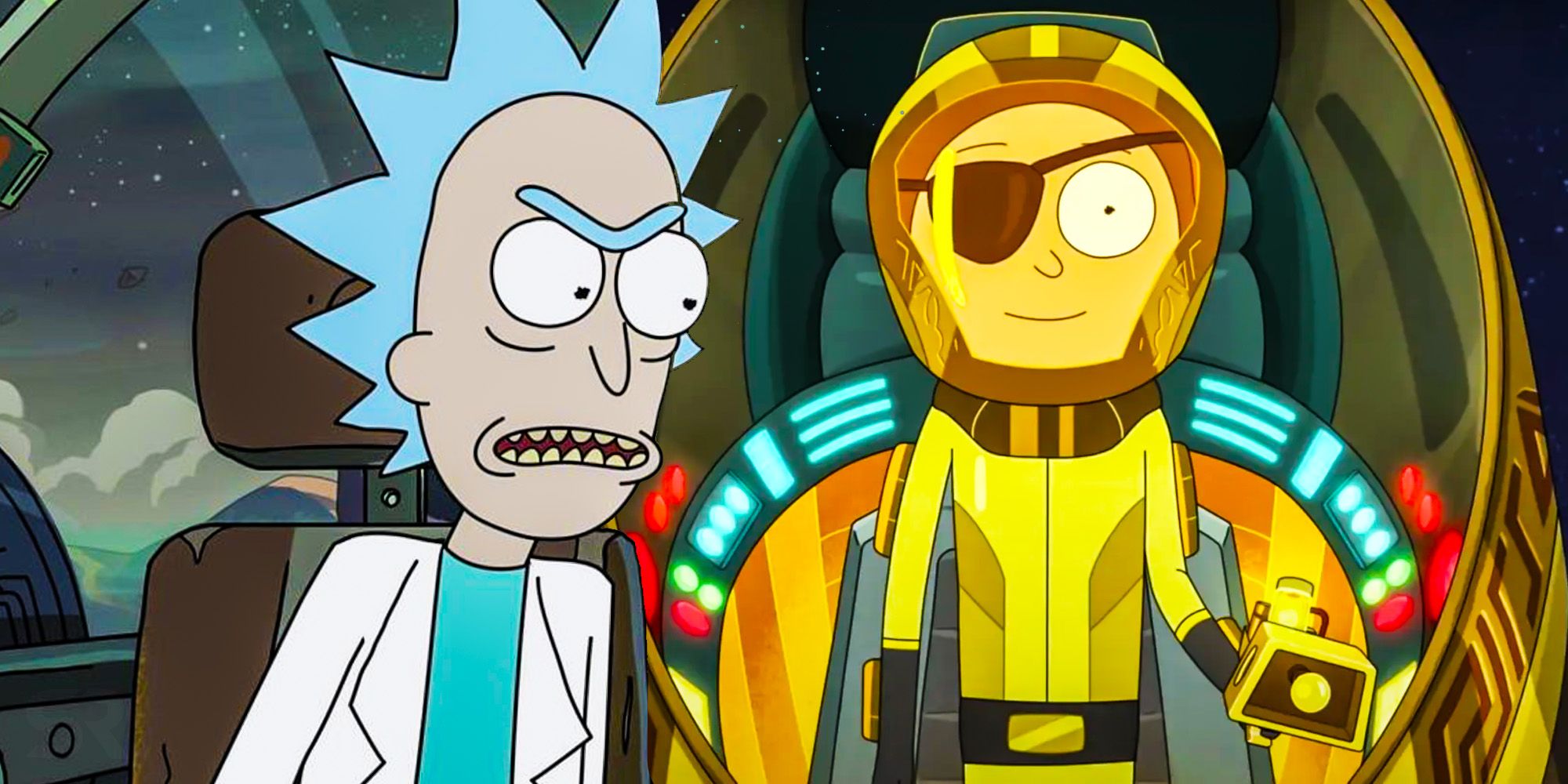 As proven by the many many articles analyzing every detail of Rick & Morty’s season 5 finale, the Adult Swim hit can afford to be released monthly more than most TV shows could when it comes to sustaining audience interest. Since Rick & Morty is one of the most densely packed comedies on television, viewers already spend months rewatching every episode even when they are released week-by-week. As it stands, fans look back on each series after it finishes, whereas Rick & Morty could shorten the wait between seasons while still giving its production staff ample time to create the show by just lengthening the amount of time that any given season spends on the air.

Why Rick & Morty Season 6 Is Uniquely Suited To Monthly Releases 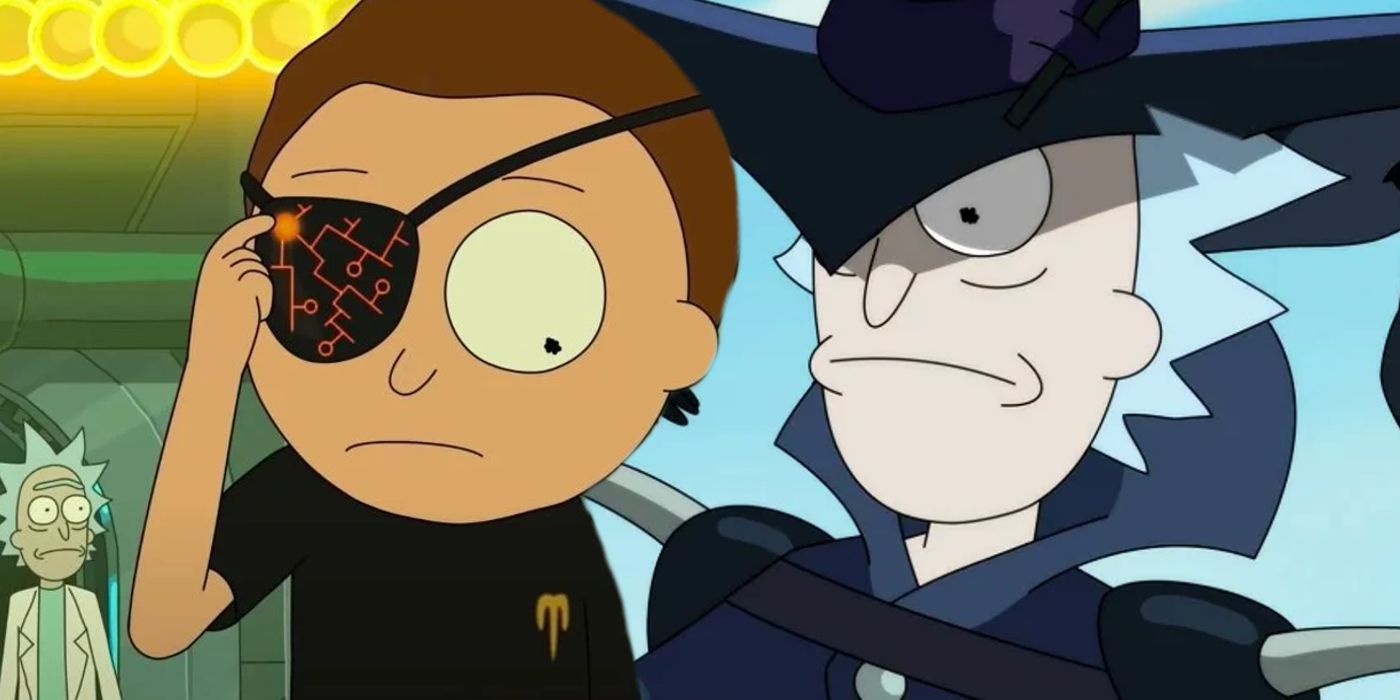 On the subject of Rick & Morty’s season 5 finale, the show is now even better suited to monthly releases than it was before. Rick & Morty season 6 will be serialized in a way that earlier seasons weren’t thanks to the controversial surprises of season 5’s finale.

The destruction of the Central Finite Curve left Rick & Morty without a reset button when it comes to the show’s continuity, meaning episodes could function as either standalone comedies or more dramatic cliffhangers and thus further justify monthly drops.

Moreso than ever before, Rick & Morty season 6 can make use of monthly releases since each episode could choose whether it would be a standard sitcom outing with low stakes or a major, show-shaking story with a huge twist like the season 5 finale. 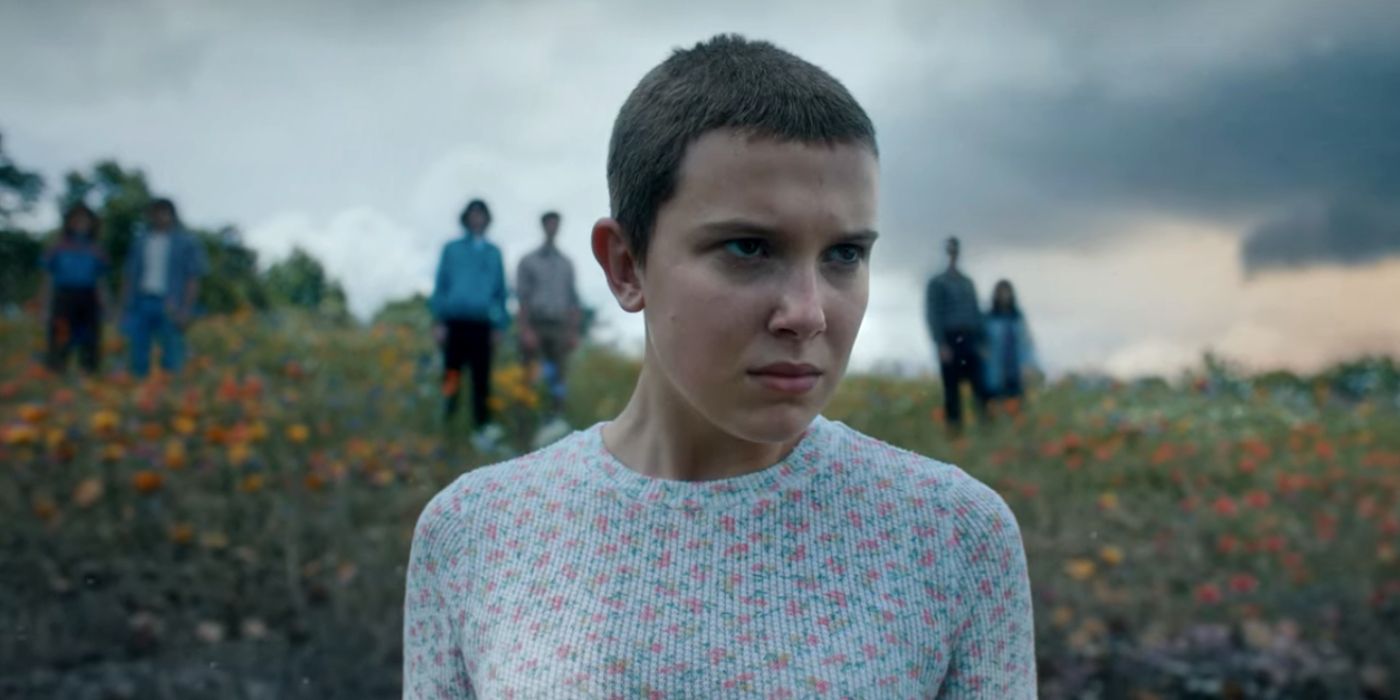 While Netflix’s Stranger Things season 4 got a lot right, one thing that the return of the massively popular sci-fi horror series got wrong was its release schedule.

The eight-episode season was split into two drops, six weeks apart, of seven and two episodes respectively. This choice resulted in the bulk of the storyline being explained by the first chapter of Stranger Things season 4, while the last two episodes were essentially an extended finale.

If Rick & Morty season 6 took the risky decision to release its episodes monthly, this could embolden other hugely popular cult shows to do the same. Viewers could be faced with fewer of these inexplicable missteps, which left even horror legend and Stranger Things fan Stephen King confused and let down.

Releasing episodes every month has not yet been attempted by a major TV series, but doing so could take pressure off production teams, allow fans more time to analyze shows, and build more hype for shows that can’t produce new episodes every year, making the Rick & Morty season 6 plan a perfect one.