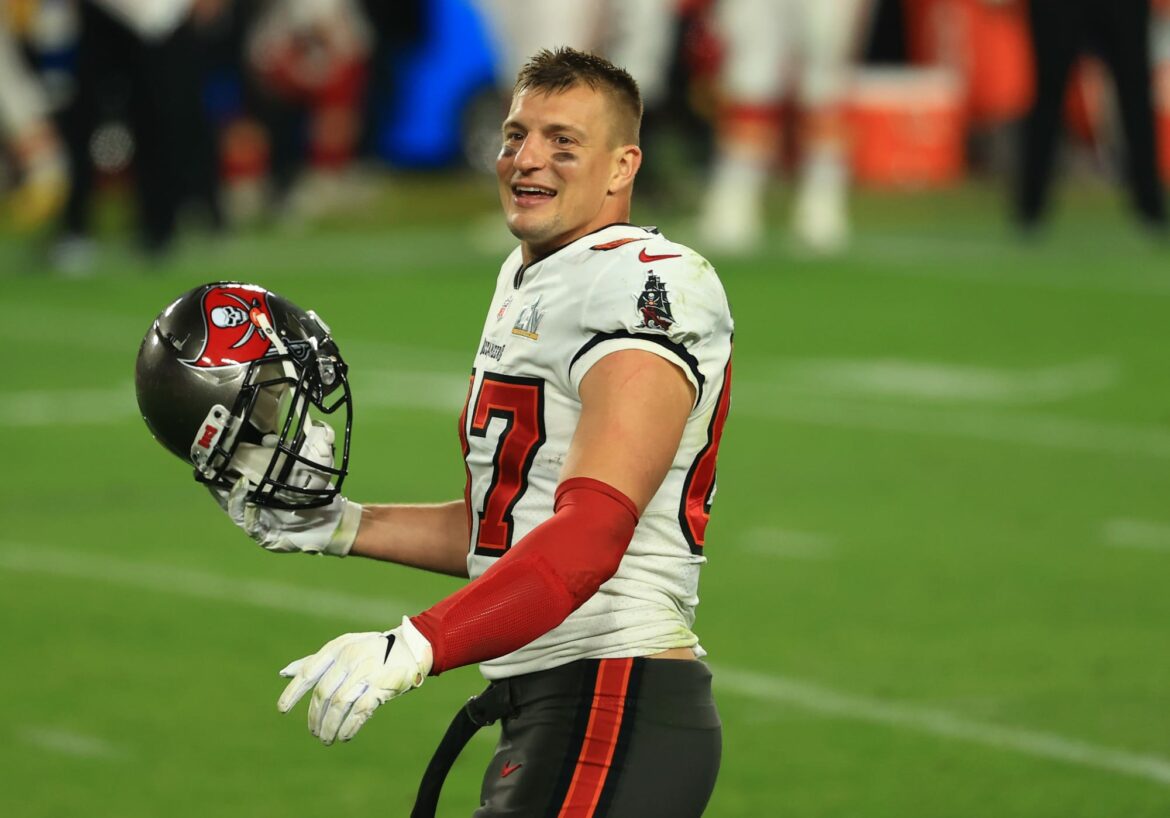 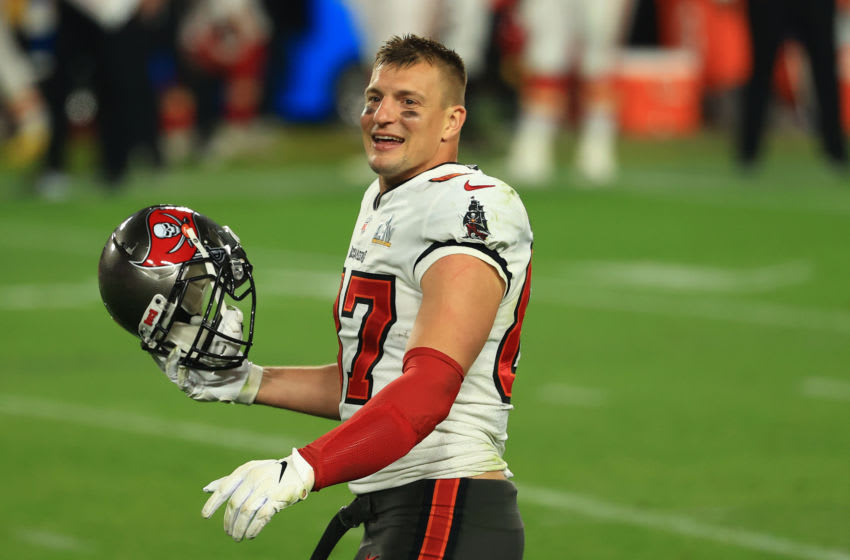 When was the last time Texas basketball won a championship? by Alicia de Artola

Tight end Rob Gronkowski revealed the one quarterback he would play with now that Tom Brady is now retired.

After the Tampa Bay Buccaneers were eliminated from the playoffs, quarterback Tom Brady said that he would think things over in regards to his playing future. Over a week later, Brady officially announced his retirement from the NFL after 22 years.

Rob Gronkowski has played his entire NFL career with Brady throwing passes his way. This offseason, he is going to be a free agent. Would he play for any other quarterback?

During an appearance for Autograph NFT’s, Gronkowski was asked if he were to continue his playing career, what is one quarterback he would choose to play with now that Brady is retired. The veteran tight end revealed that he likes Cincinnati Bengals quarterback Joe Burrow. You can take a listen to his comments below, courtesy of Ari Meirov of Pro Football Focus.

With Tom Brady retired, Rob Gronkowski says if there’s one QB he would be fine playing with it’s Joe Burrow.

Gronk is scheduled to be a free agent this offseason. 👀 pic.twitter.com/ORmdzwxvbc

Burrow’s play has certainly caught the league’s attention. Los Angeles Rams wide receiver Odell Beckham Jr. gave some huge praise to his opponent in Super Bowl 56 on Opening Night, calling him “the definition of cool” and proclaimed that “he’s going to be one of the greats.” Now, Burrow has Gronkowski saying that he would not mind playing with him.

Gronkowski came out of retirement in 2020 when Brady left the New England Patriots and signed with the Buccaneers and won his fourth Super Bowl title. Now, he is set to become an unrestricted free agent.

The Bengals are just one win away from winning their first Lombardi Trophy in franchise history, and they have a player in Gronkowski who has said he would be interested in teaming up with Burrow. The second-year quarterback is still on his rookie contract and has already shown that he can be one of the best at his position in the league for the foreseeable future. That is when teams can begin signing big players to chase Super Bowl titles. It just so happens that the Bengals have over $55 million in cap space to spend.

Will Gronkowski go from playing with Brady to Burrow? Or will he ultimately decide to retire for the second time? We will find out this offseason.