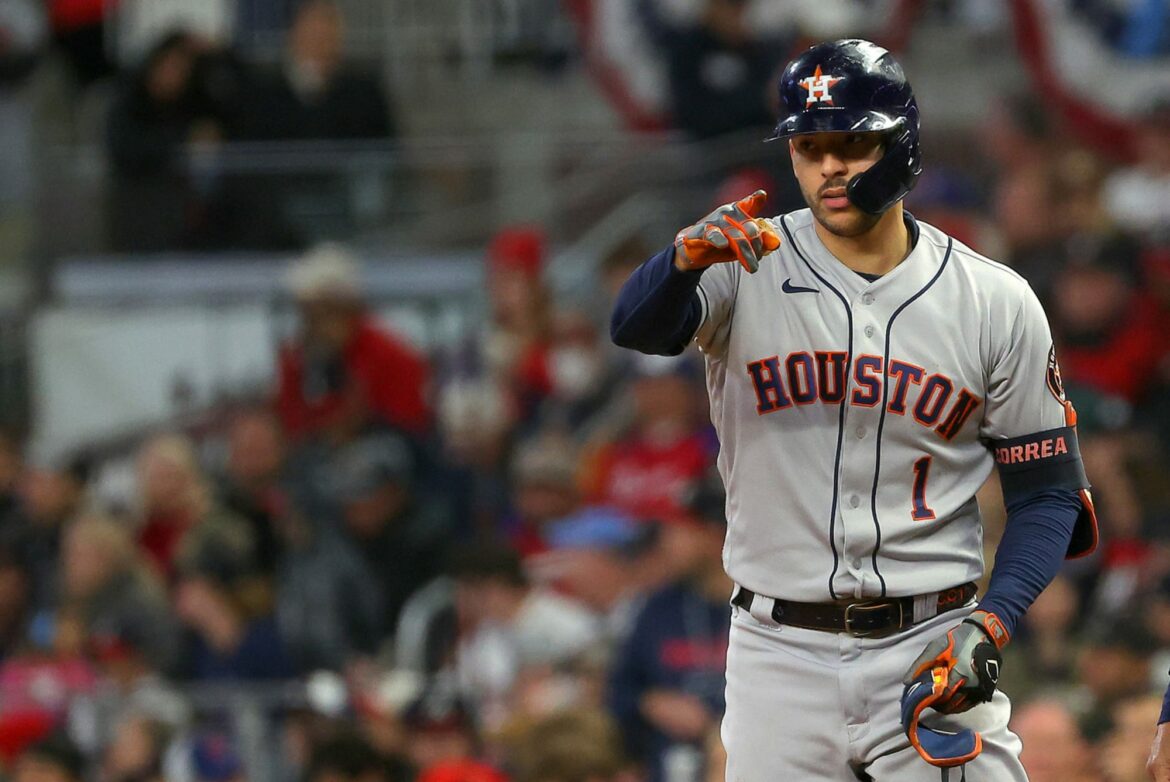 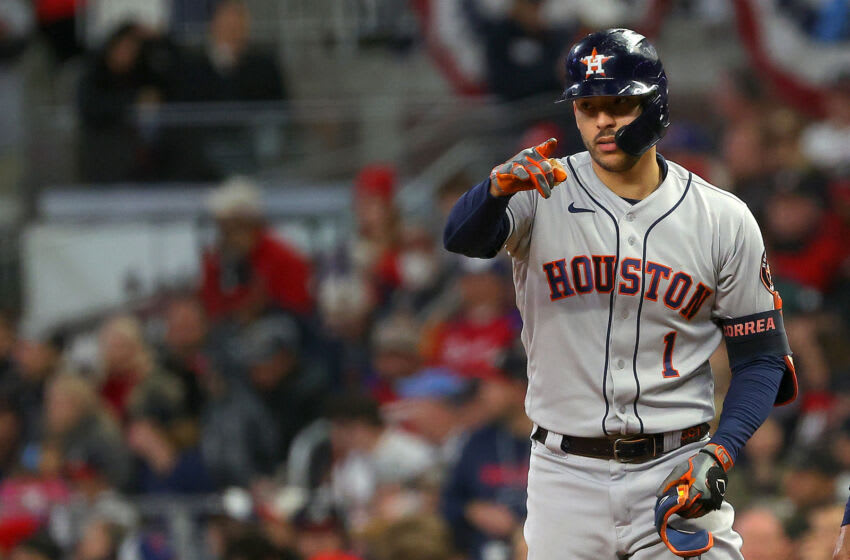 ATLANTA, GEORGIA – OCTOBER 30: Carlos Correa #1 of the Houston Astros reacts after hitting a single against the Atlanta Braves during the third inning in Game Four of the World Series at Truist Park on October 30, 2021 in Atlanta, Georgia. (Photo by Kevin C. Cox/Getty Images)

Rob Manfred’s recent announcement regarding a universal DH makes it tougher for the Houston Astros to keep Carlos Correa.

Suddenly, the Astros have far more competition for Correa.

The star shortstop’s contract expectations are through the roof, as Correa reportedly wants a 10-year deal worth upwards of $325 million – $350 million. That’s close to the entire Pittsburgh Pirates’ payroll combined.

But Correa has earned that sort of salary with his yearly production. He’s arguably the best shortstop in baseball, and is a Gold Glove level defender with a solid bat to boot. Any contender which signs Correa is getting an elite player at one of the more vital positions in the sport.

A decade-long contract is enough to scare some teams away, and it’s easy to see why. Correa is 28 years old, and by the time that deal is done could be winding down his career prior to retirement.

Correa won’t be the same player at the end of that contract as he is to start it. Paying him over $30 million to be a sub-average defensive player is less than ideal. Thus, it eliminated many National League teams from the running, as Correa would have to play the field well into his late-30’s.

Now, if Correa elite range and defensive ability at shortstop fades with time, he can still be an above-average designated hitter. Correa can get on base at a frequent rate and is a plate producer. That shouldn’t change, even with age.

Adding more competition to Correa’s free agency will only drive up the price, thus taking the Astros out of the running if they don’t comply with Scott Boras’ demands.