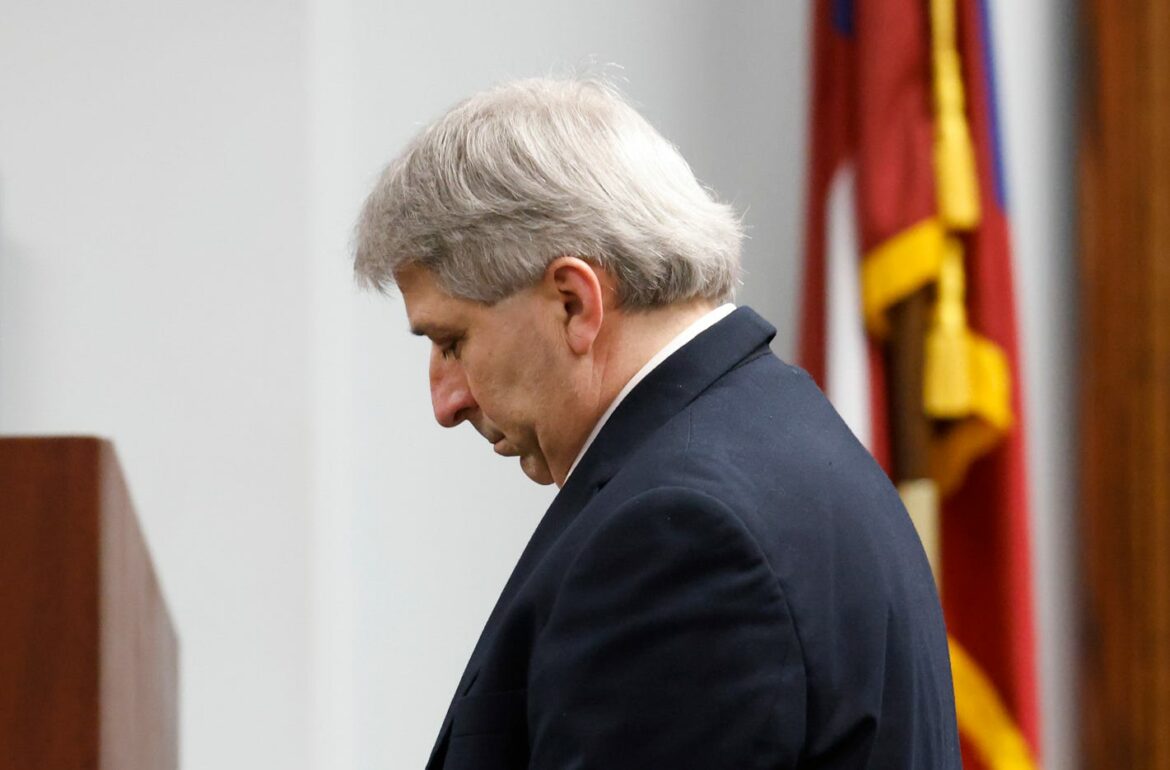 A Georgia police officer testified he wanted to issue a trespass warning but had not “deputized” neighbors to watch a construction site. Civil rights attorney Ben Crump announced his intention to bring 100 Black pastors to Brunswick to pray with Ahmaud Arbery’s family.

BRUNSWICK, Ga. — One of the three men charged in Ahmaud Arbery’s death “minimized” his involvement in the killing and changed his description of what happened that day, an investigator told jurors Friday at the murder trial.

William “Roddie” Bryan, who captured cellphone video of the incident last year, “changed the descriptive words” he used regarding his role in the fatal confrontation between an initial interview with Glynn County Police and an interview with Georgia Bureau of Investigations officers months later, the agent said.

Earlier Friday, a police officer testified he was called to the site of a house under construction and intended to issue a trespassing warning to a man who matched Arbery’s description. Months later, Arbery walked into the site and was chased and killed.

That announcement followed Thursday’s complaint from defense attorney Kevin Gough about the Rev. Al Sharpton sitting in the courtroom, with Gough claiming “high-profile members of the African American community” were “intimidating” the jury.

Father and son Travis and Gregory McMichael and their neighbor, Bryan, are charged with murder and other crimes in Arbery’s killing on Feb. 23, 2020, in the Satilla Shores neighborhood. The men were arrested two months after the incident, after Bryan’s cellphone video was made public.

Prosecutors say Arbery did not commit any crimes and was killed because the three white men made assumptions about what a Black man was doing in their neighborhood. Attorneys for the McMichaels argue the father and son were attempting to detain Arbery for police questioning, and attorneys for Bryan say he was a bystander.

Officer Robert Rash with the Glynn County Police Department told jurors he had spoken with the owner of a house under construction about a Black man spotted several times on surveillance video in the months before the killing. The officer said he intended to find out who the person was, explain to them that the owner did not want them there and put the person on speakerphone with the owner.

“At that point in time, there had not been a crime reported. There was no report made by (the homeowner) of a burglary at his residence,” Rash testified.

Travis and Gregory McMichael could be seen at the construction site on Feb. 12, 2020, according to police bodycam video shown to jurors Friday. Rash, the officer, can be seen responding to the house and searching the site with his gun drawn. A group of neighbors, including the McMichaels, can be seen joining the officer in the search and talking in a group in front of the site.

During questioning, attorneys for the defense and prosecution repeatedly referred to a “Black man” or “Black male” on the site of the house under construction but did not refer to the man as Arbery. Prosecutors have said Arbery was the man seen on surveillance video Feb, 23, the day he was killed.

The officer testified that, the previous December, he had passed by Gregory McMichael in the area and shown him surveillance videos of the unidentified man on the property. The officer said he knew McMichael was a retired investigator and wanted him to be a “witness” and call 911 if he saw the man.

Asked by the prosecution if he “deputized” any of the neighbors, the officer said no.

Bryan initially told a Glynn County officer he was “chasing” Arbery that day and “blocked,” “cornered” and “cut off” Arbery. In a later interview with GBI, however, Bryan said he “angled” his car toward Arbery so he could “see” and take a photo of Arbery.

“His statements to me minimized his involvement in that process that led to Mr. Arbery’s death,” Agent Jason Seacrist testified Friday.

Also Friday, Gough apologized for his comments about the presence of Black pastors in the courtroom.

“If my statements were overly broad, I will follow up with a proper motion,” he said. “My apologies to anyone who might’ve inadvertently been offended.”

In a statement on Twitter, Crump announced his intention to bring 100 Black pastors to Brunswick. The clergy were expected to gather at noon on Nov. 18.

“It is not illegal for Black pastors to support the parents of Ahmaud Arbery or any other Black victims,” Crump wrote.

The Rev. Jesse Jackson will be among them, he said in a Friday statement: “I’ll be in court next week.” 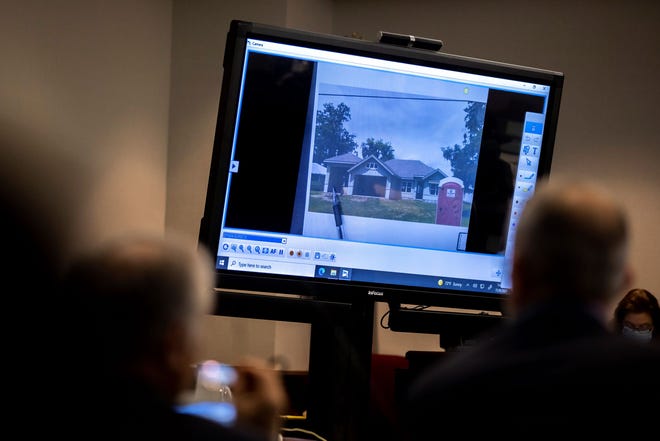