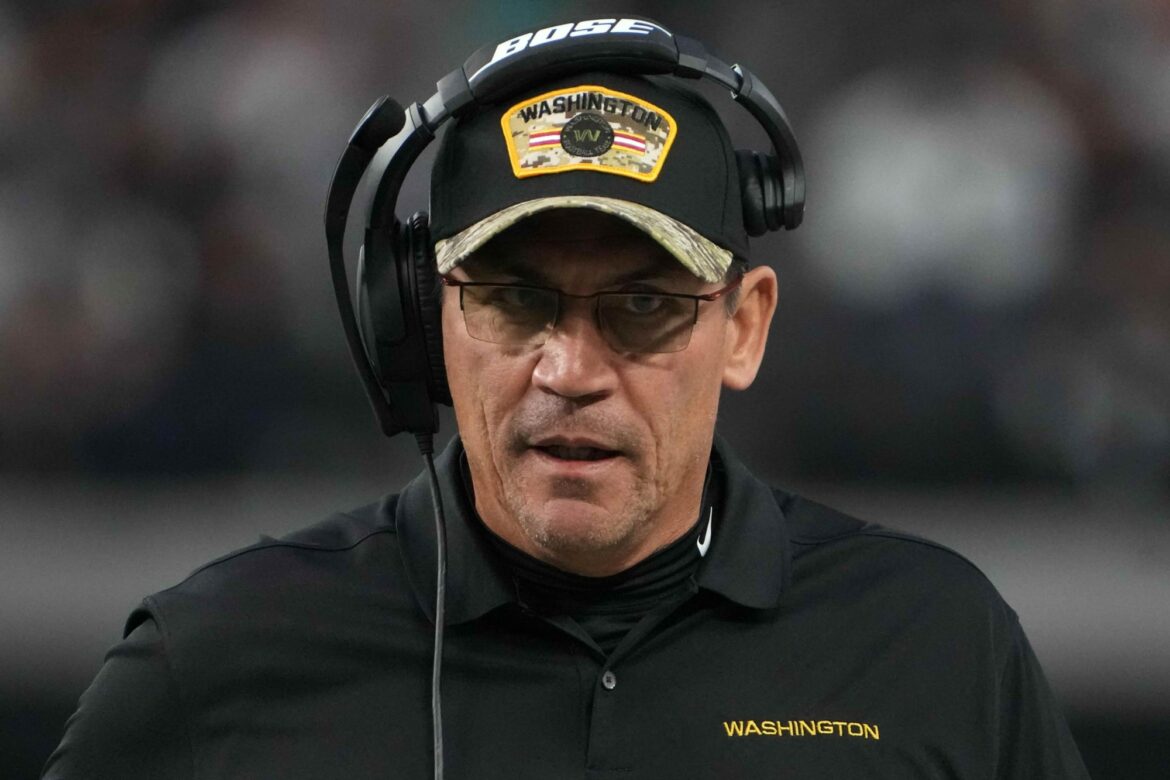 Ron Rivera did not rule out the Washington Football Team bringing their own benches to Arlington for when they take on the Dallas Cowboys in two weeks.

Let’s hope Ron Rivera and the entire Washington Football Team is petty enough to bring with them their own benches to Arlington for when they face the rival Dallas Cowboys in two weeks.

AT&T Stadium may be an elite NFL football cathedral, but everybody knows the best way to beat a rival in a must-win game on the road is to bring your benches with you. While these benches have seen better days, long before pipes were exploding on helpless fans at FedEx and Mark Schlereth rode pine his way, why would Washington not go out of its way to disrespect “America’s Team”?

Ron Rivera on Mike McCarthy saying the Cowboys would win and Dallas bringing their own benches: “That’s all the gamesmanship that goes with it. It’s part of the mind games that people like to play.”

So you’re not bringing your own benches to Dallas?

WFT: Ron Rivera did not rule out bringing benches with the team to Dallas

This is the type of necessary psychological warfare to beat a team like Dallas. There is no floor when it comes to getting one-up on a rival team in the NFC East. Sure, other divisions may laugh at this quirky quartet, but each and every year since 2002, one of them has hosted a most precious playoff game. Don’t act like you’re not impressed, Detroit Lions fans. You know what’s up.

The only way this is going to work is if these relocated Washingtonian benches are halfway rusted through by the time they get set up in Arlington. As the old adage goes, iron sharpens iron. But you know what beats iron? Rust, good ole rust! While this Week 16 game will be played indoors in pristine conditions, Washington has to find a way to muddy this one up … with benches!

Let’s hope the day after Christmas gives us a benches-clearing brawl for the ages in Jerryworld.