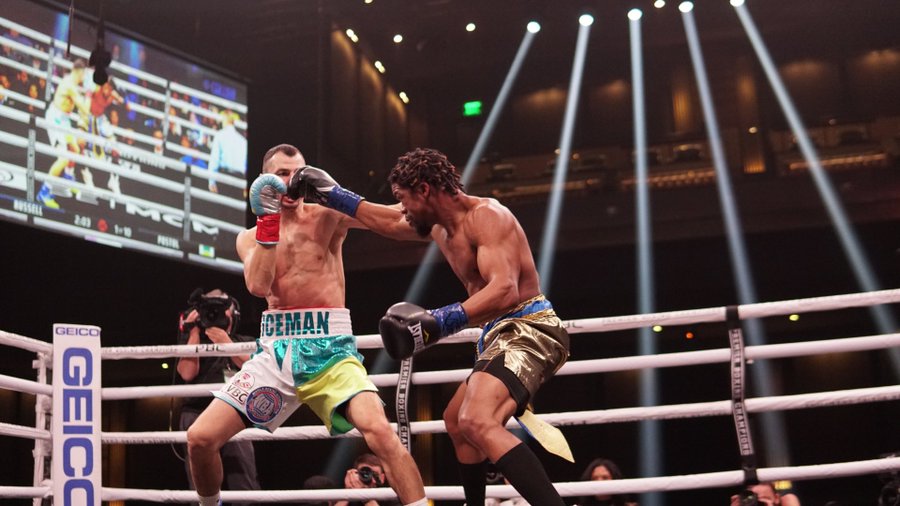 Former junior welterweight titlist Viktor Postol, 31-3-0, appeared on Saturday’s Showtime card as he faced the undefeated 14-0 Gary Russell in a scheduled 10 round junior welterweight affair. This fight had a tragic element to it, as Postol’s wife and twin sons are currently stranded in war torn Ukraine.

Russell had an aggressive, effective first, though Postol was able to counter well. Russell remained aggressive in the second, though Postol seemed to be finding his range. Postol proved difficult for Russell to land clean on in the third. Each man was able to land clean in the fourth, though Russell seemed to edge it. It was clear in the fifth that Postol was a challenging opponent for Russell, though Russell was able to land some clean shots.

The sixth round was a close, violent chess match. Russell landed straight , crisp head shots in the seventh. Postol employed his jab effectively in the eight, but was too slow to avoid Russell’s blows to the head, which were beginning to accumulate. Russell continued to find a home for his headshots in the ninth. By the tenth and final round, Russell was able to unload on his man. The referee stepped in and stopped the fight.