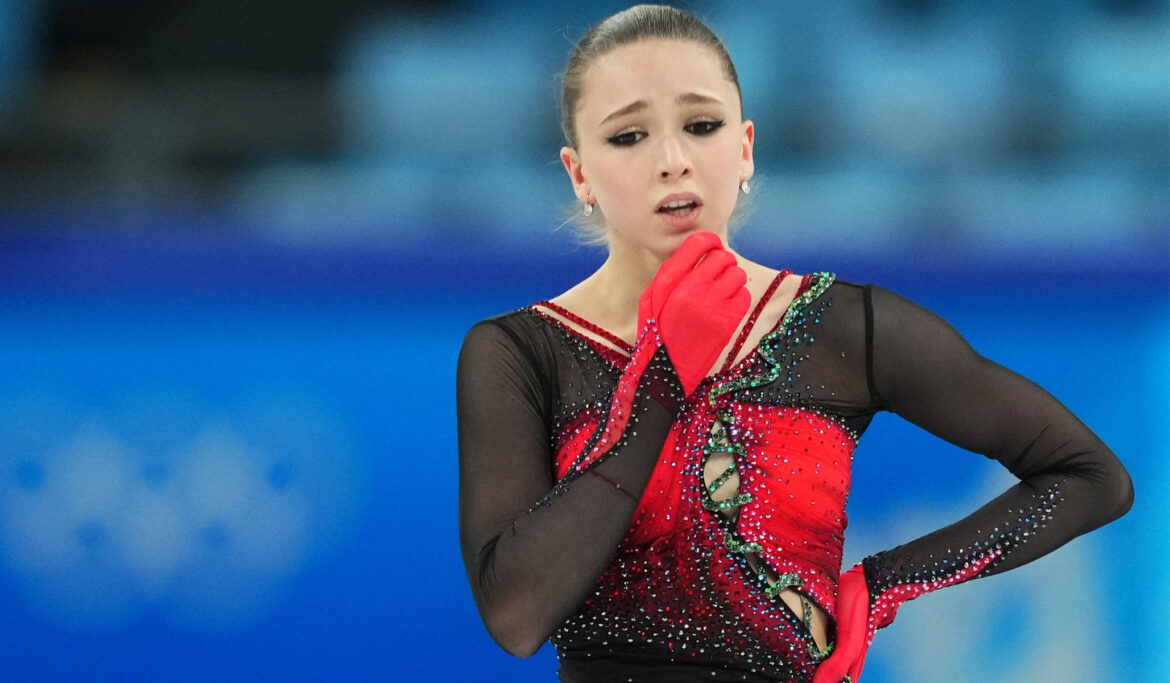 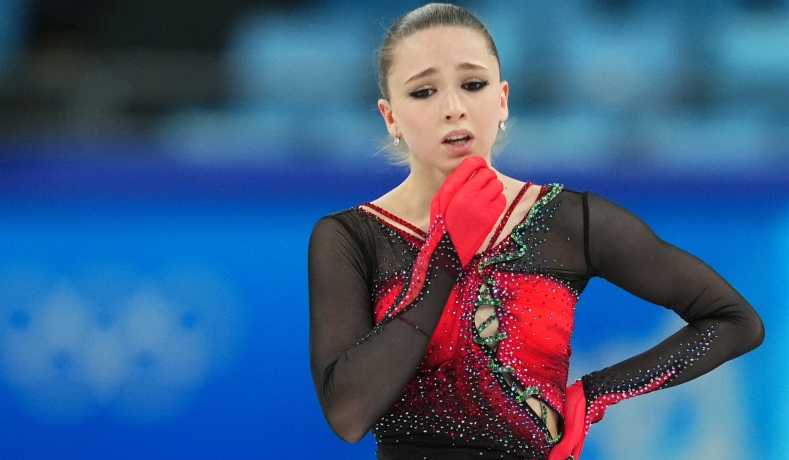 Kamila Valieva reacts after her performance in the Beijing Olympics, February 7, 2022. (Aleksandra Szmigiel/Reuters)

Kamila Valieva, the 15-year-old Russian figure skater prodigy, reportedly failed a drug test before the team competition at the Olympics in Beijing.

As a result, the medal ceremony for the event has been delayed, the International Olympic Committee announced in a press conference. The sports website Inside the Games first identified Valieva as the offender and Reuters later confirmed the report. The International Skating Union had said the stalling was due to a legal issue.

Valieva became the first female skater to land a quad jump in the Olympics during her free skate program on Monday and was instrumental to Russia’s win in the team event. The Russian team bested the United States and Japan. She also led the women’s singles standings in both the short program and free skating.

Russian athletes at the Beijing Games are representing the Russian Olympic Committee, rather than the nation, without their flag and national anthem, because of penalties for previous drug infractions.

Some had speculated that the drug that Valieva allegedly ingested was trimetazidine, a medicine that treats chest pain and assists with the cardiovascular system. The World Anti-Doping Agency’s (WADA) lists trimetazidine as a metabolic modulator illegal for competition.

Valieva is technically a “Protected Person” under the World Anti-Doping Code, which stipulates that “an athlete who at the time of the anti-doping rule violation: has not reached the age of sixteen,” according to Inside the Games. Given that she is 15, her identify must be concealed if it’s determined she committed a drug violation.

“The ITA is aware of the various reports circulating regarding the postponed medal ceremony for the figure skating team event at the Olympic Winter Games Beijing 2022,” the International Testing Agency (ITA), which is responsible for drug testing athletes at the tournament said in a statement.

The agency dismissed rumors and instructed people to wait for an official statement before reaching conclusions.

“Any announcement connected to these events would always be publicly issued on the ITA’s website and not commented on otherwise. No such announcement has been published to date,” it added.